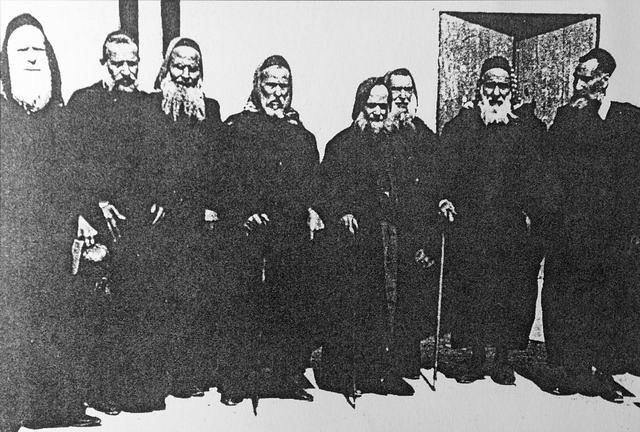 The High Atlas Foundation has a rich history of working with local Christian, Jewish, and Muslim communities toward the preservation of cultural heritage. (Photo donated to HAF’s cultural project)

The need to protect and conserve written Jewish archival material in Morocco has been identified for decades and grows more acute as the Jewish community resident in the Kingdom dwindles.

Material is in danger from continued storage in unsuitable conditions leading to severe damage.  Pillaging and other related activities continue to be carried out on behalf of smugglers and unscrupulous antiquities dealers. It is possible that in rural areas in particular, the location of Genizot is known only to a few, older locals who may not be able to articulate this knowledge in the future.

At the same time, the burgeoning interest of the Jewish community, including at the academic level, on this subject suggests a particularly appropriate moment to act. The Moroccan government is strongly dedicated to cultural preservation and the Alliance of Civilizations, especially as it leads to the promotion of human development. The dedication of this project to educating Moroccan youth about the cultural historical past and its direct relevance to the present provides the opportunity to both preserve cultural artifacts that are steadily being lost while raising transformative awareness to help secure a diverse and unified future.

In essence, the study of Moroccan Genizot constitutes world-class research.

The magnitude of Genizot located across Morocco reflects a continuous Jewish presence in North Africa for at least two millennia, often in significant numbers relative to the total population, which is practically unique in the Jewish diaspora.

An unknown but certainly significant percentage (over half) of archival material in Morocco remains intact, with the possibility of its being researched.

In general, the contents of Genizot in major historical centres of Jewish life would be expected to yield intellectual treasures, pertaining to the local Jewish community, to its connection with other, sometimes far-flung Jewish centres and to interrelationships between Jews and neighbouring or host communities.

Particularly in the Islamic world, with its relative openness and ease of interaction between differing faith communities comparative to Christian Europe, the study of Genizot is fruitful for scholars of Islamic society, commerce and linguistics.

Experts and observers consider the potential of the Genizah of Fes alone to be greater than that of the Cairo Genizah.

The Marrakesh Genizah, selected for this pilot project, might be expected to highlight the imperial city’s status as a major trading post, the cultural and intellectual magnet of the south, the one-time rival of Fes and a centre of a particular Judaism which included esoteric studies and was influenced by local, particularly Amazigh culture. 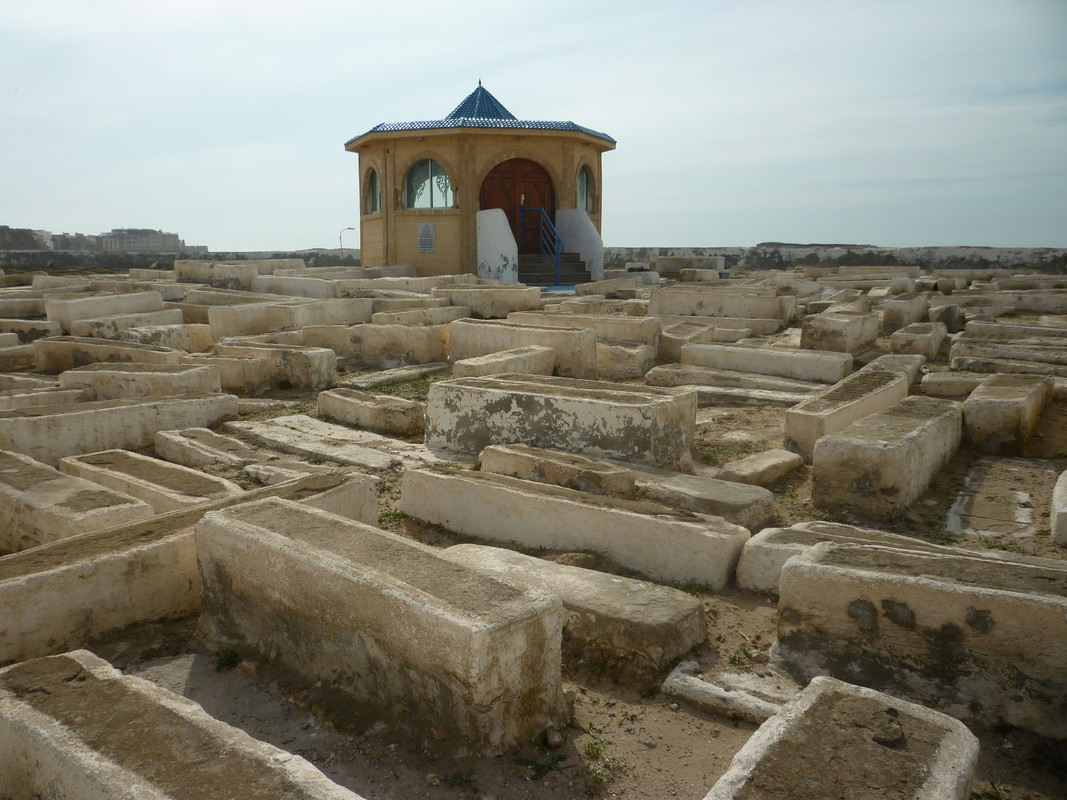 A Genizah (pl. Genizot) is a storage area set aside for irreparably damaged (or otherwise unusable) Hebrew sacred texts.  Over time the purpose of a Genizah extended to include preservation of a wide variety of documentation relating to the Jewish community (including its interrelation with neighbouring or host communities).

This pilot project at the Marrakesh Genizah, that will serve southern Morocco, aims to set out an approach towards the proper conservation of Genizah material, and dissemination of knowledge gained, that can be replicated at a national and international level, for the benefit of academic researchers and a broad public, including as a component for educating Moroccan youth in part of their cultural history and cultural tourism.

Marrakesh was selected for several reasons; the city’s geographic, cultural and historical importance, being the regional capital that can house archival documents located in 10 provinces; the significance of its Jewish community; the presence of a convenient infrastructure: and the existence of a modern-day Jewish community with an interest in developing the relationships necessary to facilitate this project.

The Marrakech Genizah (Jewish archive for discarded sacred texts) is located in the historic Miaara Jewish cemetery (dating from c.1580) in the old town of Marrakech. The archive room is fairly modern and sanitary. Material collected from here will then be moved to a secure, secondary location within the cemetery for evaluation and processing, up to and including cataloguing.

HAF’s initiative dually supports the US “Convention on Cultural Property Implementation Act” (CCPIA) and Morocco’s 2011 constitutional reforms to preserve the Jewish contributions to Moroccan national identity.  These archives meet the ethnological requirements “(I) the product of a tribal or nonindustrial society, and (II) important to the cultural heritage of a people because of its distinctive characteristics, comparative rarity, or its contribution to the knowledge of the origins, development, or history of that people.” The King’s rehabilitation and reformation of the Jewish identity serves as a global model for intercultural relations. The Genizah material reinforces the interconnections between all Moroccan ethnicities, strengthening Moroccan cultural unity.  HAF’s project will contribute to the safekeeping of these archives and preserve the rich history and culture of Moroccan Jewry.

Genizah material remaining undocumented in Morocco is deemed a cultural resource of global importance, due to the scale and duration of a Jewish communal presence in North Africa, in both urban and rural areas.

Given that the history of any minority – in this case the Jewish diaspora – mirrors and illuminates broader historical patterns – Moroccan Jewish archival material reflects the nature of the region, a geographical crossroads of many civilizations.

Different languages and scripts are represented –Hebrew, Arabic, Judaeo-Arabic, Judaeo-Spanish and Tamazight (in Hebrew script).  Of particular note is the use in Morocco of a regional form of cursive Sephardic script, known today to a mere handful of scholars.

The quality, quantity and importance of Genizot vary widely, depending on the region, importance of the urban area or rural commune and the size and duration of the Jewish communal presence.  Thus, in a village of twenty Jewish families, the Genizah material is likely to be small.  Nevertheless, surprising intellectual treasures may be discovered in the unlikeliest of locations

Written Jewish archival material remaining in Morocco, while having been identified for decades as being of highly significant historical and cultural importance, has nevertheless the material lay dispersed and often sorely neglected, in dire need of proper conservation before its contents are analysed and findings disseminated for posterity and for the general good of Moroccan society.

Detailed analysis of Jewish archival material in Morocco would be expected to yield rich intellectual rewards, adding greatly to our understanding in two ultimately interrelated areas: (a) the inner dynamics of the Jewish community – its social history and patterns and (b) the interactions, relationships, and parallels between the Jewish community and other Moroccan cultures.

This endeavour, when successfully carried out, would be expected to make a vital contribution to the understanding of the significance of the Moroccan Jewish tradition, both in and of itself and in the context of the rich intercultural dynamic that exists in the country.

Research findings could well be expected to contribute to the conversation currently taking place within and with regard to the Kingdom of Morocco, concerning the nature, importance, and cultivation of cultural diversity that is truly beneficial, fruitful, and quite possibly replicable in other regions of the world.

This pilot project, and in consequence the gaining of official permissions and of trust is expected to open the door to further, systemic collection and preservation of Genizah throughout Morocco.  A coherent approach will be synthesized with innovative techniques for the dissemination of knowledge gained, especially for the benefit of Moroccan youth.

Finally, it is hoped that this project will facilitate a process whereby Morocco once again becomes the centre for world research in Genizah research, uniting different academic communities and interests, and creating a public accessibility that promotes Moroccan diversity and unity. 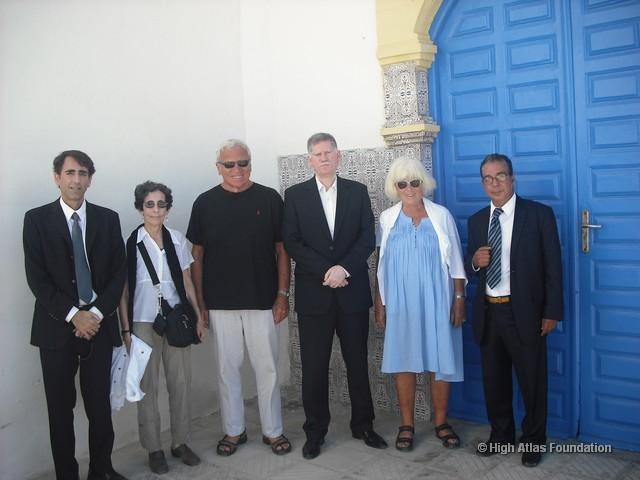 Caption : October 2012: U.S. Ambassador Sam Kaplan and his wife Sylvia were in Essaouira to mark the launch of the US Ambassadors’ Fund for Cultural Preservation project and visit the cemeteries. The province of Essaouira’s Governor Abdelouahab El Jabri joined them with HAF’s President Yossef Ben-Meir, Vice-President Larbi Didouqen,  Hilary White, an Essaouira resident who was site manager at the time.

After extraction and sorting, all documentation will be digitized.  This in turn will allow it to be examined and catalogued in Morocco.

It is anticipated that wider, participative research opportunities will be provided through collaboration with The Rabat Genizah Project, for established research scholars during the digitization process and / or subsequent to this, for the broadest possible spectrum of the public.

The Mimouna Association and the High Atlas Foundation will conduct workshops, activities and seminars on the subject from an intercultural perspective, on similar lines to those which took place in the context of its restoration of three historic cemeteries in Essaouira. This is highly appropriate, given the commitment of the Foundation to participatory methodology, to fostering intercultural understanding, and to catalyzing human development through cultural preservation.

The original documentation will be moved to a permanent archive space, either in the south of Morocco (Marrakesh region) or Casablanca, the administrative centre of the Jewish community of Morocco, where it is proposed that an archive is constructed to house material extracted from Genizot across the Kingdom.

Diffusion of information concerning the entire project will be carried out through various forms of media programming.

Within Morocco, it is hoped that the Marrakesh pilot scheme will pave the way for further schemes conducted under the supervision of the other presidents of regional Jewish communities.

In a more general sense, further projects could combine GIS work mapping Genizot across Morocco as well as major collections of Moroccan Genizah fragments and centres of research worldwide, with further collaborative research on actual documentation, thus providing a more coherent and complete picture of the extent, nature, and significance of this unique material.

6 Ways To #GrowWithUs This Season