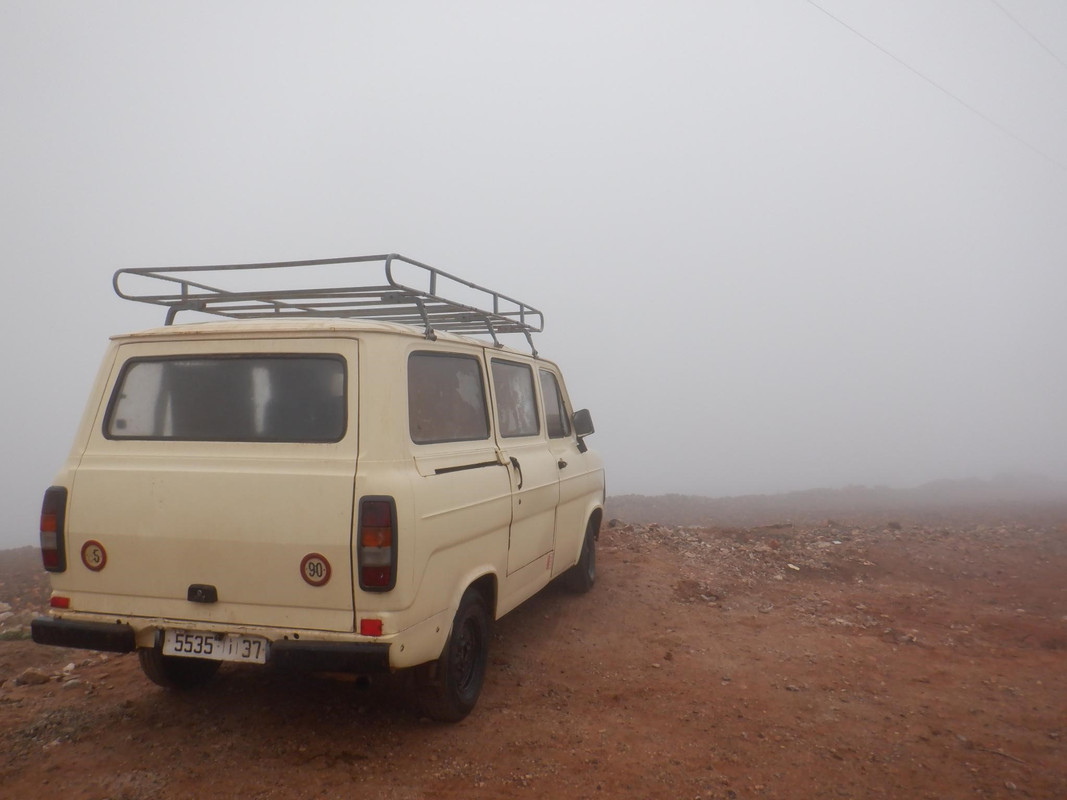 In the fog at the third school we visited outside Tiznit, I stood on the rocks on the hill and wondered what lay beyond. I could see only a few meters out because of the fog, which hung like a great white curtain separating me from the world, and I tried to enjoy this brief moment.

My time at HAF and in Marrakech has been busy (for good reason): I’ve been shepherded and paraded and led all around in a constant commotion, meeting many people and listening to many more. Outside of work, the other UVa kids have inspired me to go out and explore and have fun as much as possible. I’ve learned much about myself and seen many things. It feels like I’ve been in Marrakech for years now, even though it has really only been three weeks. This tumult has taught me to truly appreciate the moments of peace that are offered by life: lounging by the pool at our riad outside Essaouira, sitting on the balcony with my friends, entering a zen mindset while writing an article, or standing in the fog up high in the sky somewhere in the countryside of Souss-Massa. Even with all of life’s suffering and distractions and illusions, there is true Beauty written into the code of things. I’ve learned there is perhaps a Calculus, that while not entirely reciprocal, does at least account for the pain, and so produces something worthwhile out of it. Not that my time with HAF and in Marrakech has been painful, but that there is often pain everywhere.

Soon afterwards, we visited a Jewish cemetery in Tiznit. Here, I was captivated by the guardian’s story, but I was also amazed by an ant colony. Marching in columns back and forth across the cemetery grounds, these ants moved in a geometry that felt poetic in some way. They had unity, maybe even love among themselves. And it was a whole city of creatures inhabiting the dust to which sixty-one Jewish people had returned. A hallowed ground, a resting place, and an entire cosmos all in one plot of land. Who is to say that heaven isn’t like the ant colony there, the ant colony from which I could feel so much beauty radiating? Or what about the hillside and the school hanging in the fog high in the sky over the sunset coast? It reminds me of these two haiku by the great poet Kobayashi Issa:

Sweeping up the flowers

on the tomb, spring wind

What does he see? His beaks

Or maybe even this quote, the last of words of Copernicus: “the beauty of this world is not in its loneliness, but in the gossamer tenure between its constituent things; therefore, it’s beautiful not that the dog yaps, but that you can even hear it.”

Anyways, we left this place that had made me feel a rainbow of emotions. Somewhere halfway through the five-hour bus ride (a ride through the half-lidded, indigo mountains between Tiznit and Marrakech, a ride that shot through the dark like the Chariot of Apollo riding across the sunset) I got terribly sick and had to stop the bus. I jumped into a gas station bathroom and threw up till my nose bled. I was okay, but nonetheless rather uncomfortable. Yet still, leaving the bathroom, I sat down by the road and watched all my friends from a distance. They were in a kind of harmony here. It felt good. It was like the pool in Essaouira, or the ant colony in the Jewish cemetery in Tiznit. Even in death there is beauty. Perhaps the best way to honor this is through contemplation. Maybe this way we can learn more about ourselves, and enjoy life more.

By Addie Simkin   When geologists drill core samples, they’re making historic records in the form of cylinders of ice that contain the climate conditions of hundreds of thousands…