Farmer to Farmer and women’s cooperatives: the empowerment workshops 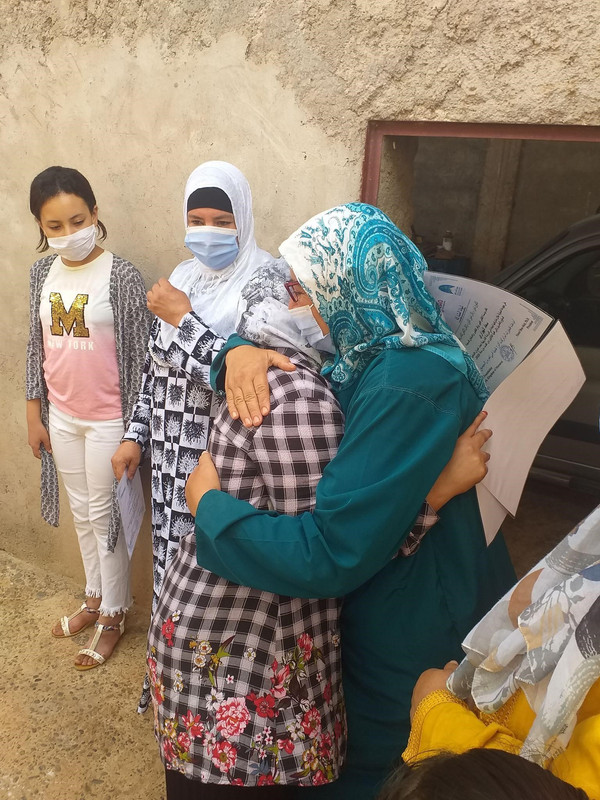 Farmer to Farmer team in the Impact Assessment sessions

Some of these cooperatives started as women’s groups seeking to break out of the cycle of stagnation and neglect. Others benefited from other projects that the Foundation is working on, including the establishment of fruit trees and aromatic and medicinal plants nurseries.

Alkhayr, Takharkhourte, Aljamaane, and Azagrane Cooperatives were some of the successful cooperatives that benefited from a self-empowerment workshop, through which women got to know the extent of their abilities and their talents that had been hidden by several material, geographical, and other factors.

Through the empowerment workshop, the cooperative was able to move forward to work on its vision of establishing fruit trees and a medicinal plants nursery. Under major partnerships with Ecosia as well as the F2F program, the High Atlas Foundation (HAF) supported the cooperatives to help bring their members’ vision to fruition for a bright future in the region.  Despite the consequences of the COVID19 crisis, the cooperative was able to move forward and not close its doors. In less than a year, the members were able to plant more than 170,000 seeds of different types of fruit trees.

Other cooperatives were established before the program, but they lacked many skills. In contrast, these women were able to learn some of those skills through the technical assistance provided by the F2F program. Recordkeeping, feasibility studies, E-Marketing, and other training helped clarify many behaviors and also contributed to solving many obstacles and challenges faced by these cooperatives, especially during the pandemic period that was not taken into account. There are some cooperatives that took the COVID 19 pandemic as an opportunity to prepare new products. For instance, Mogador cooperative in Ounagha/Essaouira was one of those that produced liquid soap from Argan products for frequent hand-washing.

Amal Tzayst cooperative in Boughriba/Berkane also changed its main activity from raising rabbits to making lemon jam and Moroccan pastries. Sadaka Slimania also changed its activity and benefited from an incubator from DPA which helped to raise some money, by selling eggs and chickens. Some of the other cooperatives’ activities were stopped due to the negative effects caused by the pandemic, and most of these cooperatives were working in beekeeping. Despite the two good trainings in Guercif and Al Haouz provinces provided by Mr. Lahcen Al-Masoudi and Mr. Mustafa Laghrissi on how to groom queen bees, many of them lost ten of boxes either as a result of hunger or lack of monitoring and tracking.