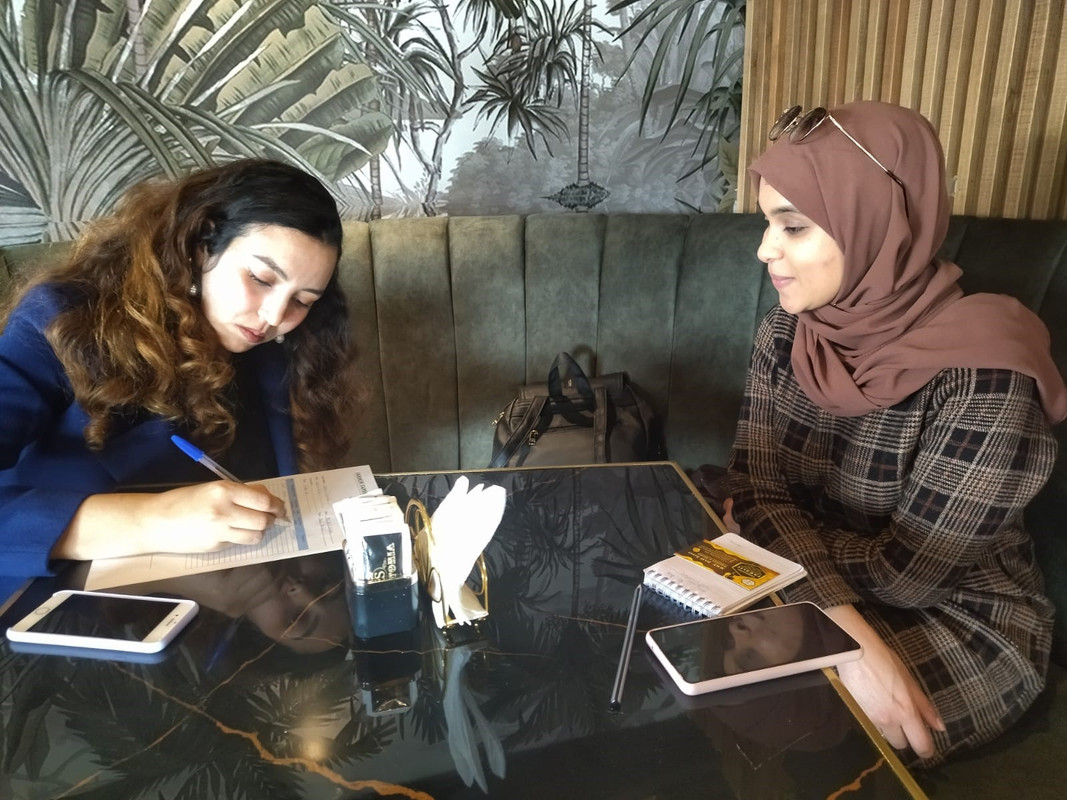 On January 25, 2022, the Farmer to Farmer (F2F) team met with Sanae, the president of Tarslit Cooperative, in Beni-Mellal in order to conduct a follow-up visit and discuss the implementation of the recommendations made by the U.S. volunteer in his last visit in October.

It is worth mentioning that Tarslit co-op works on beekeeping and sells honey and carob products. This co-op has benefited from a training on ‘Queen Bee Rearing’ last October and has adopted the recommendations from the assignment. The first  recommendation was to test their hives for the parasite Varroa in order to determine the level of the infestation. The president of the cooperative contacted the ONSSA who took a sample to run their tests on, and they are yet to share the results with the co-op.

Tarslit co-op members have also adopted the other recommendations, which were to reach out to other beekeepers, in the region of Beni Mellal-Khenifra and other regions in the country of Morocco, in order to form an organization of beekeepers. Sanae Daif has explained that she is in touch with other beekeepers who keep providing insights and ways of dealing with certain issues she might confront.

The F2F team asked about the situation of the bees in winter, and the co-op president explained that there has been an abnormal phenomenon of bee disappearance recently. The bees quit the hives, leaving behind the honey and never returning. This phenomenon has been occurring widely in different regions of Morocco since a couple of months ago.

This occurrence increases the concern of beekeepers that this might negatively affect the profitability of honey production in Morocco.