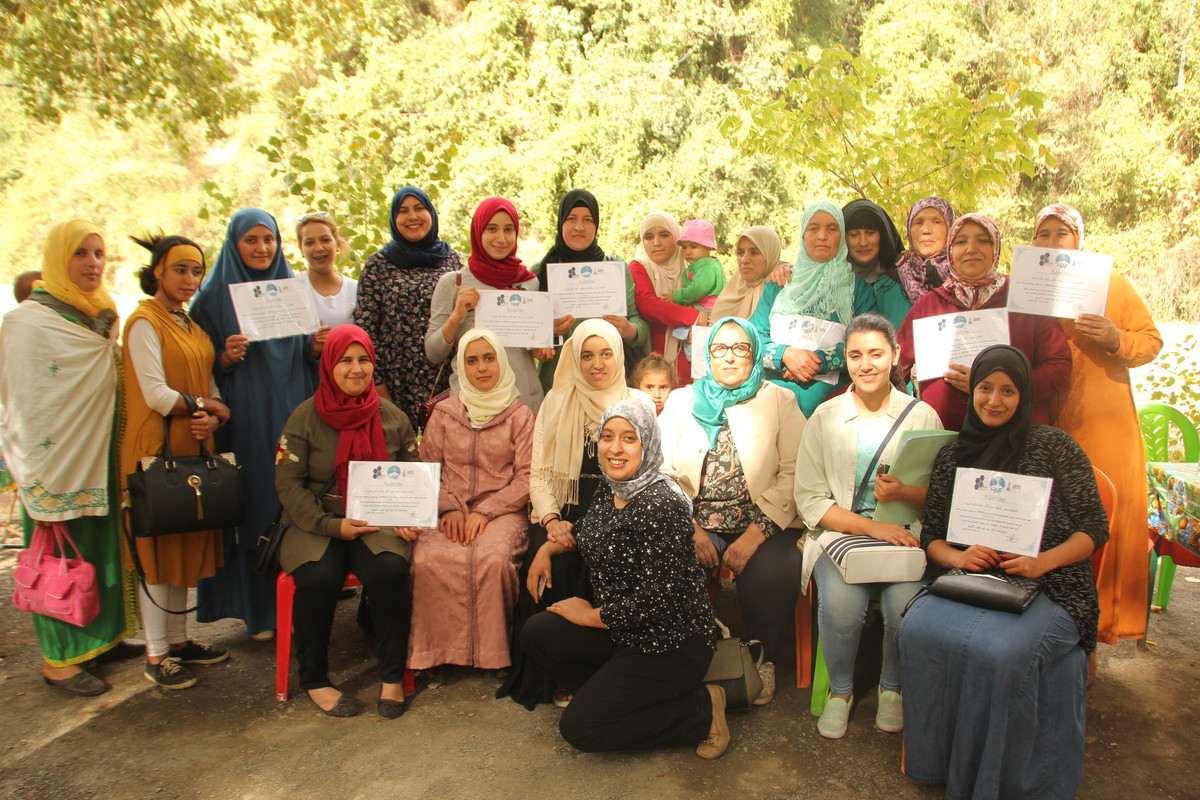 Women from mountain villages took part in the IMAGINE initiative as they participated in the 4-day empowerment workshops in their home communities and at the High Atlas Foundation’s office in Marrakech, Morocco.  The men-free zone boosted the women’s ability to candidly share their feelings as they answered questions they were never asked before, such as « How do you visualize your future? » 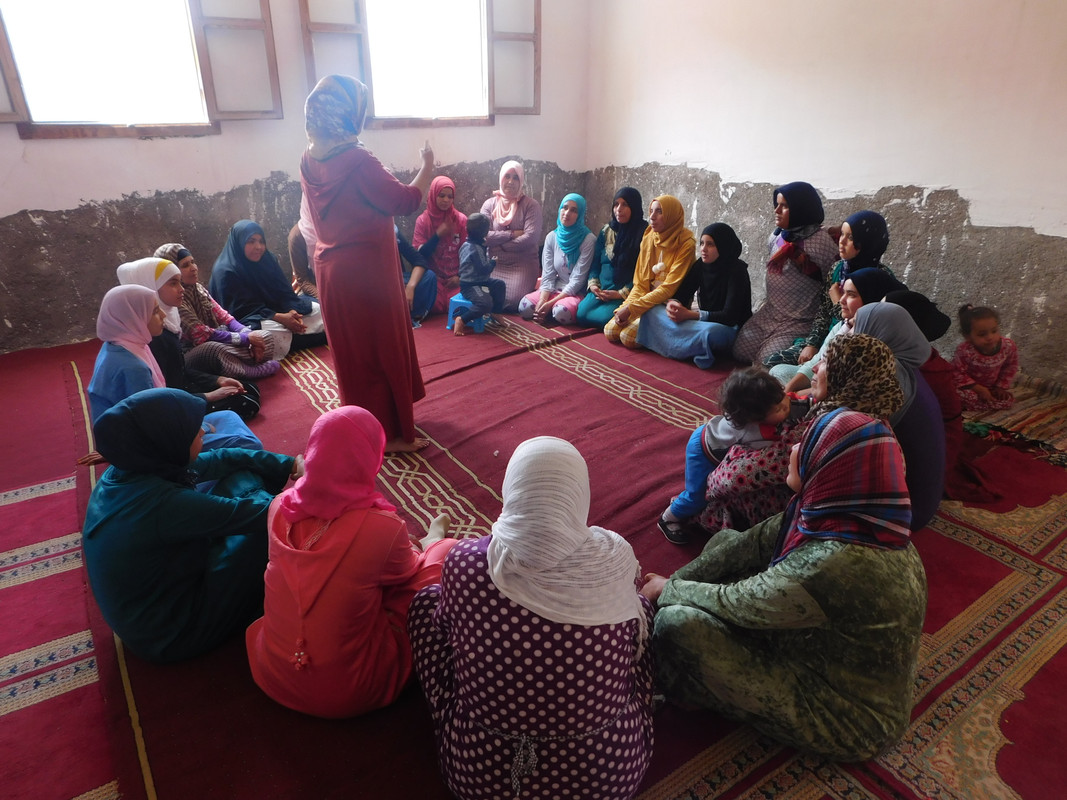 In one of the first empowerment workshops we conducted, in a small village at the High Atlas Mountains Region, we asked the participants to take a moment and visualize their own future. Twenty-five female participants were present in the room. None of them reacted to what we asked. At first, we thought that the word “vision” was not clear to them; hence, we tried to express it in several different dialects or languages. When this did not help, we realized that the problem was not the lack of comprehension of the language. In fact, a possible reason could have been lack of understanding of the concept: that one has the option, the ability, or the right, to visualize her future differently.

It takes a great amount of courage to openly share thoughts and feelings with a group, but it is always worth it once you achieve satisfying results.  All the women received participation certificates and we hope they take part in similar experiences with HAF in the future.

For example, a group of women from the rural commune of Aghbalou – Ourika, Morocco participated in the 4-day IMAGINE initiative workshop. IMAGINE aims to empower women by helping them discover themselves, reconnect with their feelings, find their strenghts, live up to their fullest potential, as well as be productive in their communities.  All the participants from the Aghbalou commune received a certificate at the end of the workshop as a reminder of what marked the beginning of their life journey as agents of change. 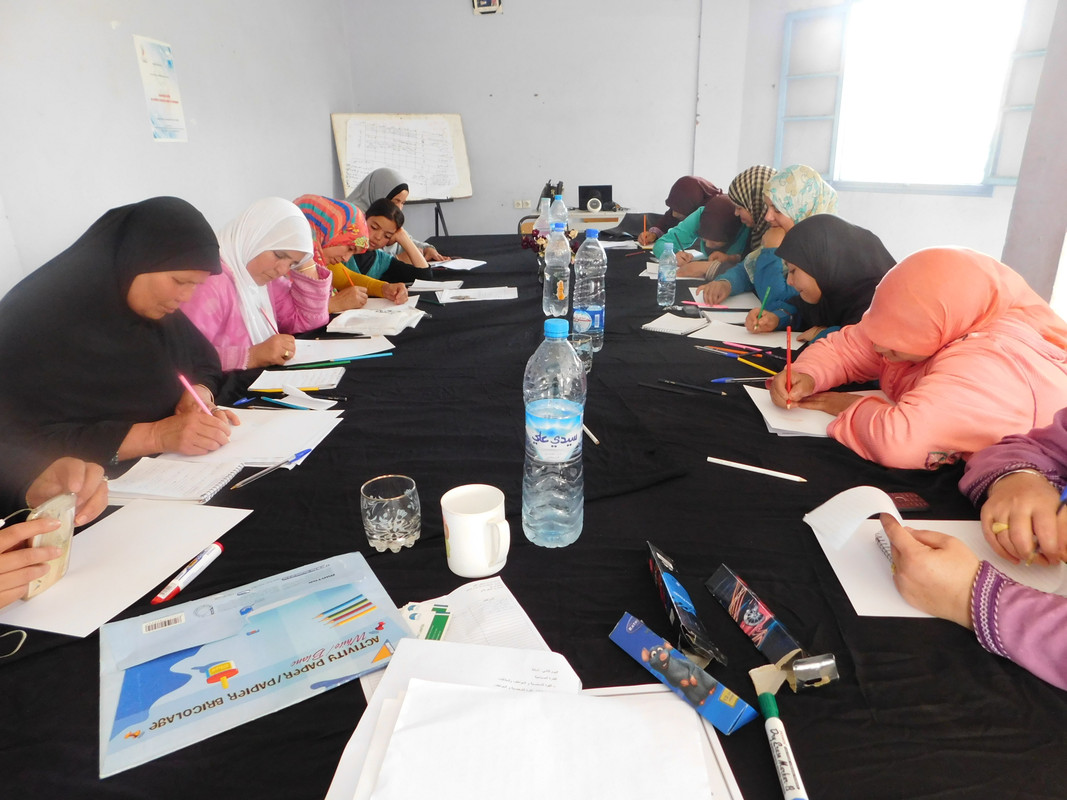 On the last day of the workshops we hold ceremonies among the women, such as at the Angour Qasbah, celebrating four days of self-discovery and achievements.

HAF participated in a global gathering in the rural commune of Asni, Morocco with the Empowerment Institute founders. They came to assess the IMAGINE initiative’s impact in Morocco.  A total of 20 IMAGINE participants were present alongside HAF’s empowerment trainers and other staff members.  Imagine’s founders were pleasantly surprised by the achieved results based on participants’ testimonials, and they both consider the Moroccan experience a success.

The greatest discussions emerge from circle talks.  Under the supervision of HAF’s IMAGINE trainer, a group of women from Sgour-Ourika were very glad to discover empowerment and take home a symbolical certificate and the kowledge that comes along with it.  The empowerment workshop mostly consists of practical work, giving women the ability to express their thoughts and feelings through both drawings and words. 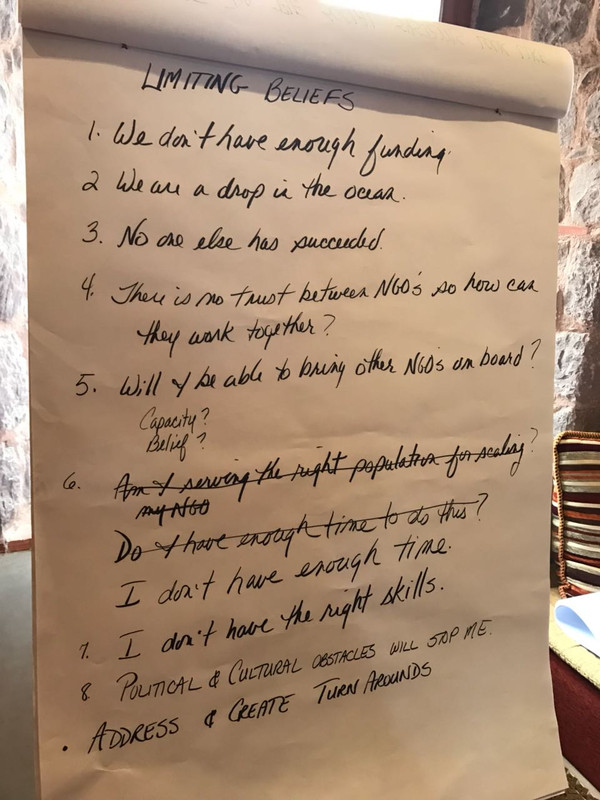 HAF has been working in the field of women empowerment using two main programs: (1). ‘Imagine’, a shared partnership with the Empowerment Institute (EI), which is a self-discovery participatory workshop. The program aims at capacity building and assisting rural women in finding their voices, stating their goals, and achieve their dreams. (2). ‘Cooperative project’, supports the establishment of women’s cooperatives and their development, in order to create financial independence, expand networks, and support changing women’s role in their communities. Built on an evaluation report, and the feedback HAF obtained from their participants, the project strengthens women’s capabilities, including becoming more independent, gaining skills and knowledge, and enhancing the capacity to improve their realities. 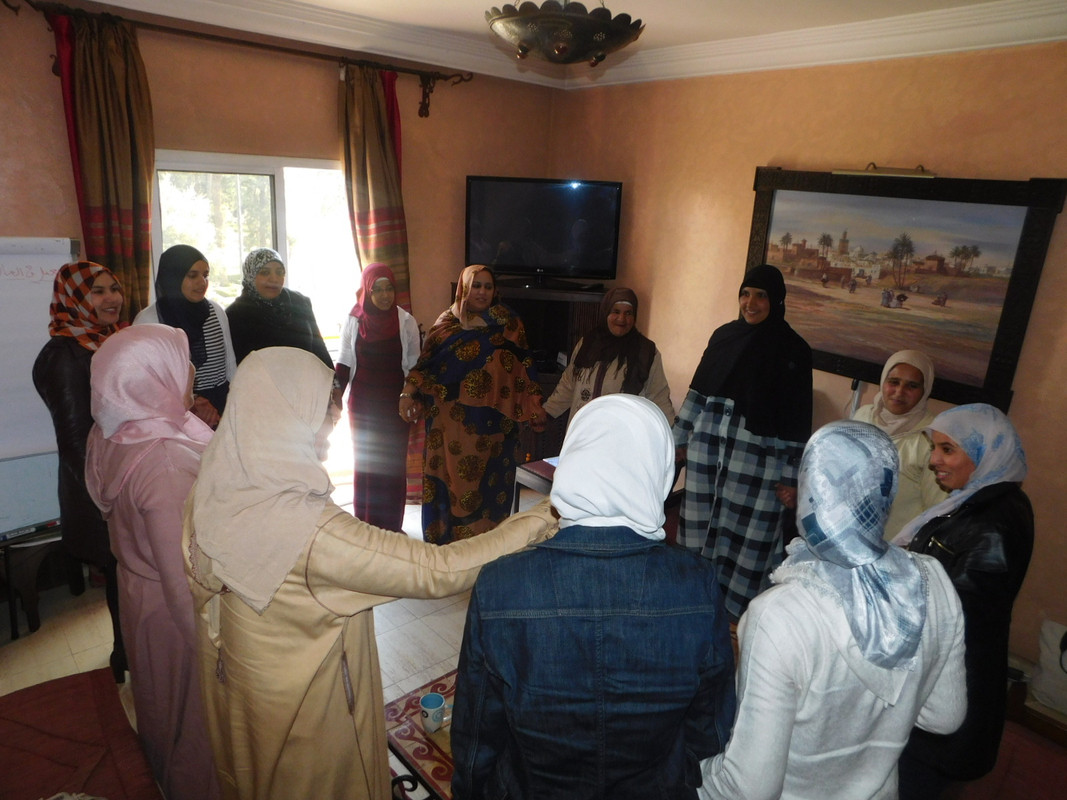 Hundred women who now have the ability, create change for themselves and pursue happier lives.  What they learned at IMAGINE will impact many of their future behaviors, decisions, and actions.

The Cogwheel of Sustainability in the High Atlas

For most people who are familiar with Islam, they are aware that Ramadan is a holy month; that it consists of fasting from sunrise to sunset. However, Iftar is not simply…