Essaouira May Stand as a Great Example to the World 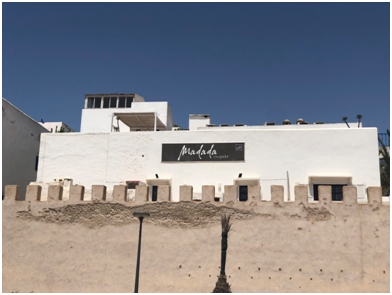 Essaouira may stand as a great example to the world for how religious diversity should prevail: Jewish, Muslim, and Christian communities have historically co-existed in Essaouira peacefully. While other regions of the world are endlessly fighting over religious matters, it is both interesting and delightful to observe how the Essaouira people get along with each other so well.

I am Peter Wu, a Chinese student currently studying at Western University in Ontario, Canada. During my third week in Morocco, I was brought on a journey with the High Atlas Foundation (HAF) to the city of Essaouira.
So, what was my expectation before the trip? Frankly speaking, my knowledge of the area was so limited that I had no sense of what to expect in Essaouira. Nonetheless, it turned out to be a very insightful experience; even with no expectations to fulfill, there was still a sense of fulfillment in the journey. 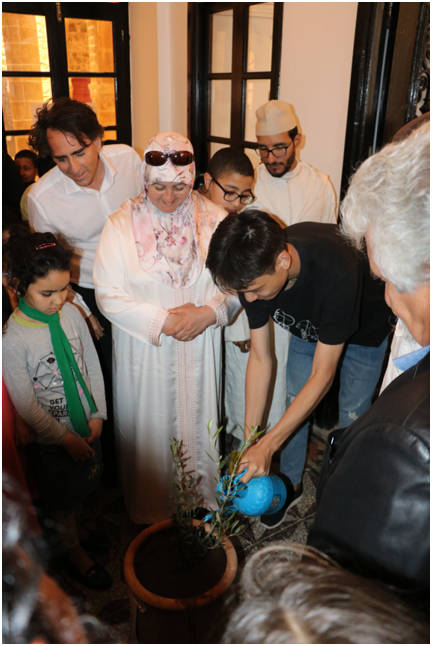 Morocco is an Islamic state—a fact that was rooted in my mind. Therefore, it was a surprise to me in Essaouira that the land is not only home to Muslims but also Jews and Christians, whom equally enjoy everyday life and have the right to practice their own religions. A Christian church was the first place we visited; then we went to a mosque, where we sat on carpets and listened to a choir of local Moroccan kids sing. Lastly, we visited a Jewish museum where Jewish ancestors’ histories were commemorated. “Rich history rich culture,” I thought. 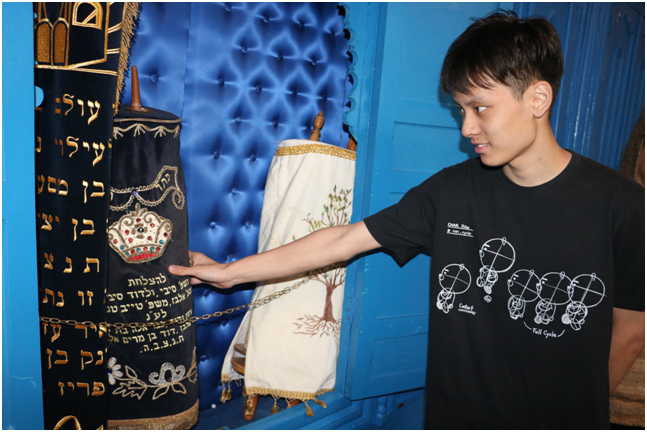 What could I relate to from this journey?
I grew up in Guangzhou, China, a megacity located in the country’s southern region. People there are kind and welcoming, and many hold a sense of pride to their hometown. Guangzhou is home to a unique language spoken only by locals, and which is relatively distinct from Mandarin (China’s official language): Cantonese. You get used to people not speaking Cantonese on the street. Locals of Guangzhou are proud of their culture, but that is not the only thing that makes the city special. Guangzhou is fast-growing—the population continues to increase. As a result, car traffic is congested, leading government leaders to constantly look for new solutions to alleviate it. However, attempts to avoid the traffic by taking public transportation has resulted in crowds at the train station to pour in and out like water flow when a train comes by. Also, on the streets, large crowds quickly walk by Canton Tower every night, resembling ant colonies. Insofar, sometimes you might wonder if Guangzhou has changed from the culture and the distinct linguistic feature it once represented. 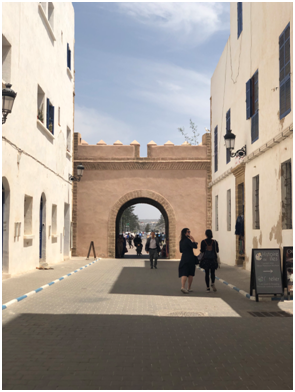 Nevertheless, I am glad that the city in which I grew up has a value of tolerance for all, just like Essaouira. There was never hatred for newcomers or outsiders from Guangzhou; the city welcomed all people with open arms. Guangzhou is not fearful of others who try to settle and be a part of the city—the culture continues to absorb and to renew itself from “the new.” People have mutual respect for each other and try to understand the differences between them without judgment. Perhaps this is why the city is always marching forward: it gains strength from new people, and when those people become a part of the city, Guangzhou is strengthened as a whole. Of course, there are problems and disputes at times, but the city’s attitude is always positive.

Guangzhou is great, but there was something else I was lacking the knowledge of when I grew up. Guangzhou believes in diversity, however, you rarely witness diversity of religion there. As you can guess, this is the aspect I liked about Essaouira: a perfect example of what I had previously been unexposed to, where the Jewish, Christian, and Muslim people are living harmonically in the same city. 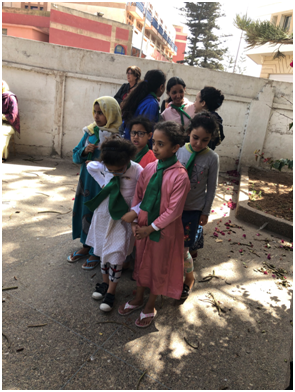 There are 77,966 people living in Essaouira—a small population—making it unusual to see such a religious mixture. While it is a small region, I feel a much greater sense of inclusion. I suppose people in Essaouira are living happily. Vivid proof, to me, includes the people I observed walking the streets before Iftar and the peddling vendors by the roadside. One question I have to ask is: did the peaceful and happy lives of people in Essaouira bridge the gap between religions, or did the religious harmony provide the foundation of pleasant life? In other words, which of the two came first in Essaouira’s history, and which of them is more of a determinant? 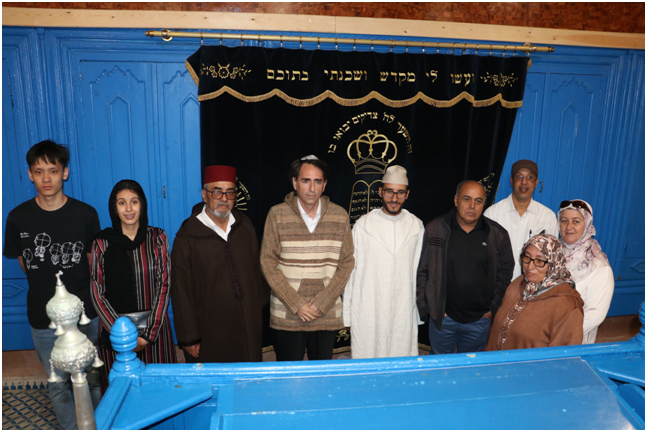 This may be a tough question to answer, but regardless of what you think, the reality is that communities in Essaouira enjoy cohesion and peace. Therefore, the question I posed becomes less significant. The message many other parts of the world could take from Essaouira is: let the people have a good quality of life and embrace the diversities in their religions. After all, we are all the same in that there is no real difference among us in the existence of humanity.

By Houria Chouhab HAF Volunteer Marrakech is a city entrenched in diversity, this diversity manifests itself in many ways: economically, culturally, and perhaps most notably, religiously. On 21st…

HAF Intern On a hot sunny day of May 30, 2019, the group accompanied by Errachid Montassir and Amina El Hajjami, left HAF Office in Marrakech by 9…