Clean drinking water. This fundamental resource in allowing a civilization’s continued function, health, and prosperity is often taken for granted. That isn’t to say that its importance is neglected, but instead that the threats of its inaccessibility and the effects of unclean drinking water can often go unacknowledged. The U.N. considers universal access to clean water to be a basic human right (Koshland) and central to human survival. The words “dirty” and “unclean” can be misleading in the seriousness of impure water—unclean sources of drinking water can be dangerous and or deadly. Countries who are more technologically developed often possess advanced sewage and water purification systems, meaning that even in the poorest parts of countries such as the U.S. or Britain, water safety is not typically considered to be the most daunting of civil issues.

However, the WHO “estimates that every year more than 3.4 million people die as a result of water-related disease, making it the leading cause of disease and death around the world” (VOANEWS). It cannot be overly expressed that sanitation is fundamentally important to a functioning society. Waste disposal and failures in waste disposal systems are important elements in human history. Sanitization within medicine, general hygiene, plumbing—all of these parts of everyday living can seem as if they are a product of simple, settled science, when in actuality, the human race has been perfecting the technology and techniques to maximize cleanliness for centuries.

Water holds a special place in the tapestry of human history, shaping the way our culture and societies have developed. Water is often said to be the lifeblood of the Planet Earth, as all life on it comes from water and uses the precious, planet-defining resource in its own way to survive. This rings true for every organism on planet Earth— fish and bird, ant and elephant, human and beast. The International Water Association defines our relationship with water well: “Our existence is dependent on water, or the lack of it, in many ways, and one could say that our whole civilization is built on the use of water (IWA).”

Water played a major role in the human transition from a nomadic hunter-gatherer lifestyle to that of a sedentary, agricultural people. Access to fresh water was of absolute import in much of the history of the world, whether in the form of water used for agriculture, port access for trade, or simple health necessities. Water has always been a precious resource, with many of the great civilizations known to history coming from clear access to water. From the ancient peoples of the Fertile Crescent, to the Seine that defines the French Experience, to the tribes of the great Amazon river—the pre-eminent artery to the pre-Columbian, Mesoamerican empire—proximity to water has often been the prerequisite to great achievement within the realm of human progress. Despite its greater relevance within the ancient world, the crisis of lack of access to water can still be found in the contemporary world. 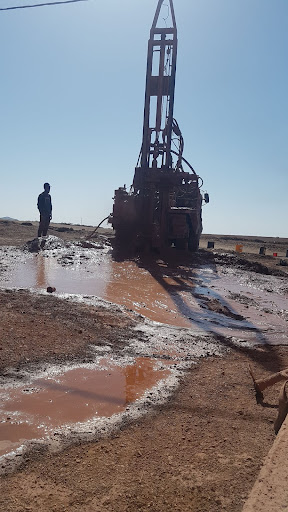 The crisis of unclean drinking water continues today, especially in marginalized, poorer people among the international community. While the figure for deaths related to waterborne illnesses is a mere 3.4 million, according to Water.org, 771 million people1 in 10 residents of the planet Earth—lack access to safe water. 1.7 billion people—somewhere around a quarter of the world’s population—lack access to a toilet (Water.org). These are issues that cannot be ignored. According to Bloomberg, many of the countries who are in states of high water stress can be found concentrated within a few places, a few countries on the southern tips of both Africa and South America (Bloomberg). However, the greatest concentration of this crisis, unsurprisingly, can be found in some of the most arid environments in the world, with a concentration of water-poor countries found throughout the Middle East and Northern Africa, the part of the world that houses the chief efforts of the High-Atlas Foundation, Morocco.

If you were to look through history and identify the traits common to all great superpowers of any age or geographic location, you would find access to water and plumbing to be central to the foundation of these states. Ensuring the health of all throughout a commonwealth allows for the furthering of other elements of their nation—whether that be the economy, the arts, or technological progress. It is for this reason that clean water becomes an essential resource. Working towards creating equal access to all should be important.