Development as Reconciliation of Colonialist Bias 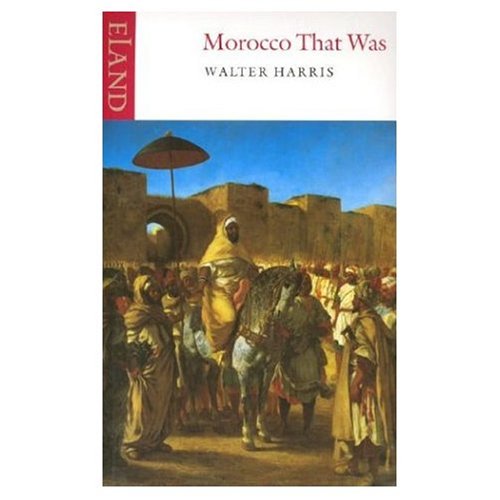 A recent interview of researcher Imane Ismaili Alaoui by High Atlas Foundation President Yossef Ben-Meir explored the ways in which colonialist British diplomats’ writings about their travels to Morocco justified the imperialism of the time. The perspective of writers such as Walter Harris (in 1889’s The Land of the African Sultan and 1921’s Morocco That Was) revealed a view of the world in which inhabitants of Africa and Asia were considered less civilized and educated than those of Europe. These writers’ descriptions of Morocco followed the style referred to as “Orientalism” – the imitation or depiction of aspects of the Eastern world as imagined by Westerners or framed through a Western lens based on cultural background and upbringing, or colonialist bias.

In this way, Morocco was viewed as cloistered and rigid, and its governance systems constructed on fear. Moroccan cuisine was deemed “exotic” and its literature as purely entertaining. It was these British writers who fostered the notion of “Moorish hospitality” that permeates our expectations about Moroccan people even today regardless of a locale’s openness or level of cooperation. The term “Moor” itself came to refer to all Moroccans, ignoring the distinct ethnicities of Morocco’s inhabitants and collapsing them under one label, or worse, the use of “Black Moor” to further dehumanize inhabitants based on skin color.

One of the problems with this view of white dominance is that, while there are some accounts that describe Morocco’s people and culture in positive terms, the “Orientalist” perspective is one of ambivalent or mixed feelings about the subject of Morocco and does not allow for reconciliation between the Eastern and Western spheres. Under this view, they remained separate and in contrast to one another. According to Alaoui, the travelers could find some cultural element unique or charming, but ultimately rejected this element as unacceptable for themselves, since they constantly needed to represent the other as an antithesis to justify the logic of imperialism.

Upon reflection of this conversation with Ms. Alaoui, we must ask whether there truly is no mechanism for reconciliation, no point of cross-cultural interaction and respect. We see in Walter Harris’ intimate friendship with Morocco’s Sultan Yusef (Abdul Aziz) in the 1920s that there was a closeness, a camaraderie, and a mutual fascination on a personal level with one another’s culture. But we must ask how such mutual understanding and dignified treatment can be extended on a broader level – society to society, nation to nation – to dispel fixed notions.

Perhaps we find our answer in the development initiatives adopted by the High Atlas Foundation. Ms. Alaoui’s research focused on the spaces where interactions occurred and the voices that monopolized that space. In what spaces does HAF interact? Whose voices are heard? Is there an approach to allow East and West to work in concert with one another?

The High Atlas Foundation is a U.S-Moroccan nonprofit organization, founded in 2000 by former Peace Corps Volunteers who served in Morocco. It is dedicated to community development projects that are identified and managed by local beneficiaries. By its very design, it represents a reconciliation of East and West as a collaboration between Morocco and the United States. Through the twelve tree nurseries it supports and other locations for planting and growing seeds throughout the nation as well as projects at religious sites, women’s cooperatives, schools, and youth protection centers, HAF meets the people in their own often-remote spaces, respecting the histories and diverse cultures they occupy. With its participatory development approach and empowerment workshops, HAF honors and supports the people’s voices and encourages their right to a say over their own futures. In short, the High Atlas Foundation can be viewed as a vehicle for this East-West reconciliation between vestiges of imperialist attitudes and healthy self-determination for the Moroccan people.

Ellen Hernandez is an assistant professor of English at Camden County College in New Jersey, USA. Weekly Debate: Embracing Digital Cooperation. As a part of the Debating Africa-Europe series, participants debated about the following topic: “A new era of digital cooperation: Embracing Africa and…