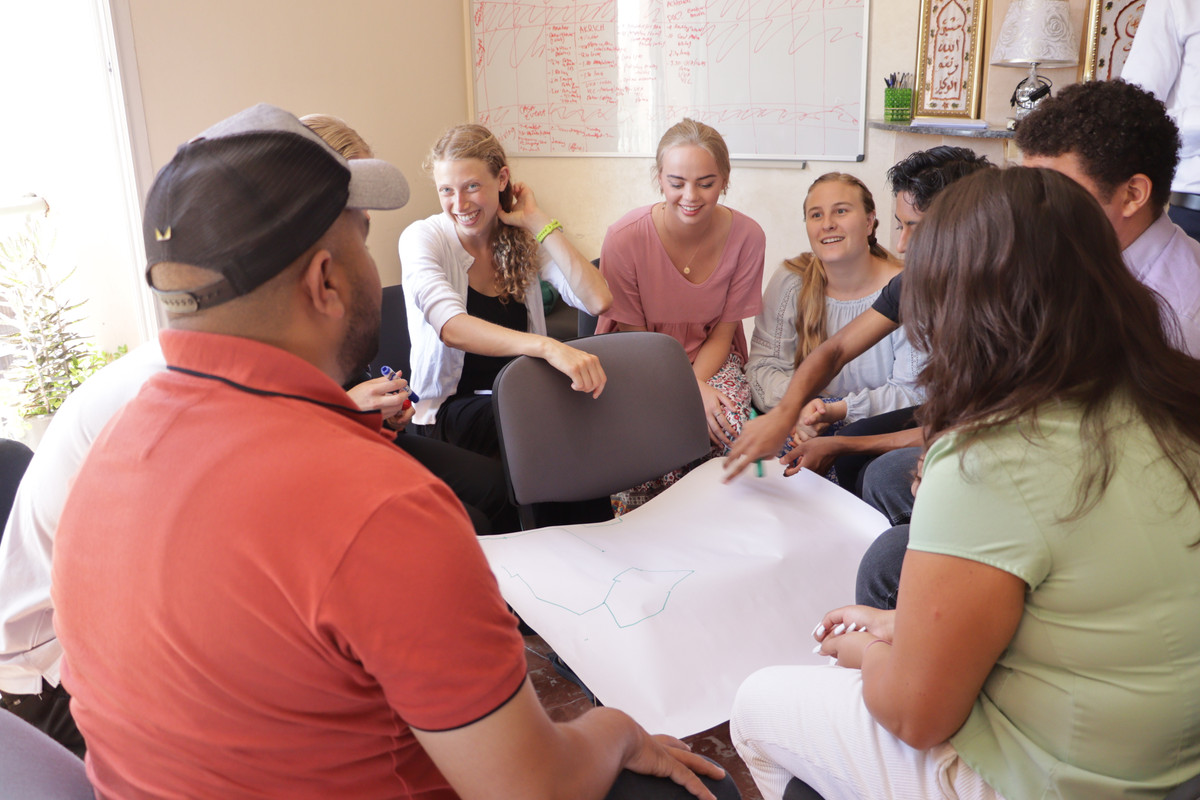 Three interns sitting across from me sparked a game to play. One girl suggested that the people around her should shout out random words, and that she would attempt to make a short story out of those randomly chosen phrases. The boy and girl next to her agreed to attempt to write in the same Frankenstein-like writing style and engaged in the same game.

Words were quickly offered – ‘horse’, ‘cherry’, ‘water’, and other random utterances filled the air. With those words, one girl went to work and wrote a short story sequenced with those chosen phrases. The story was brief and sweet, with an almost charming undertone. The boy, with the same exact words in mind, wrote a completely different storyline. He personified certain words, attempting to mirror the language of one of his favorite authors and scattered italics into his writing. The other girl who agreed to write a short story also took a very different approach. As an avid horror-story enthusiast, she thought to orchestrate the words in a way to illustrate a menacing and eerie tale. Even though the set of words given were the same, each story starkly contrasted from one another.

This experience reminded me greatly of the training that was held during the first week of my internship at High Atlas Foundation. During the meeting, one speaker explained the ways in which priorities of development are placed in order. After offering different groups papers to illustrate the demands for change at the office, each group came up with very different ideas. While some thought of implementing libraries, others focused on placing trees in the office or constructing a resting room. Just like how the people sitting in front of me referred to the same set of words when writing their storylines, those who participated in the activity also relied on the same office, yet every group thought of different ways to tackle what they saw as a problem.

I found this comparison to be the perfect example of how development is like an anagram – there are multiple ways that people can look at a situation while given the same information. Oftentimes in developmental practices, people fall into the fallacy of the sacrality of one method. But when those that are affected and interested form as a group and think about possible solutions, it is evident that each person has their own reason for what they would like to be changed and how to do it. In development, there is never a ‘one-size-fits-all’ solution. With given information, there are many different combinations of problems and methods that can be prioritized to combat these issues.

Whether it be a difference in values, history, socioeconomic status, gender or anything else, it is clear that every person has their own reasons as to what they distinguish as important or right. And in Morocco, I have been shocked about how culturally unlike the values are to traditional American values. Things like not eating with the left hand, not wearing shorts, not walking alone to places, and never saying no to more food are aspects of life that are very new to me. The examples of differences in culture I mentioned are relatively miniscule, but when comparing the broad cultural, social, and political distinctions between America and Morocco, the differences can be great.

Needless to say, differences in values or customs do not mean that one is more right than another, but because they are so unlike what I am accustomed to, it highlights to me the need for diversity in ideas and problem-solving. Viewing development as a metaphorical anagram allows for a diverse cultivation of ideas. Because of the need for constant revision and progression in the work of development, promoting variation in decision-making can be extremely beneficial.

By Addie Simkin   When geologists drill core samples, they’re making historic records in the form of cylinders of ice that contain the climate conditions of hundreds of thousands…