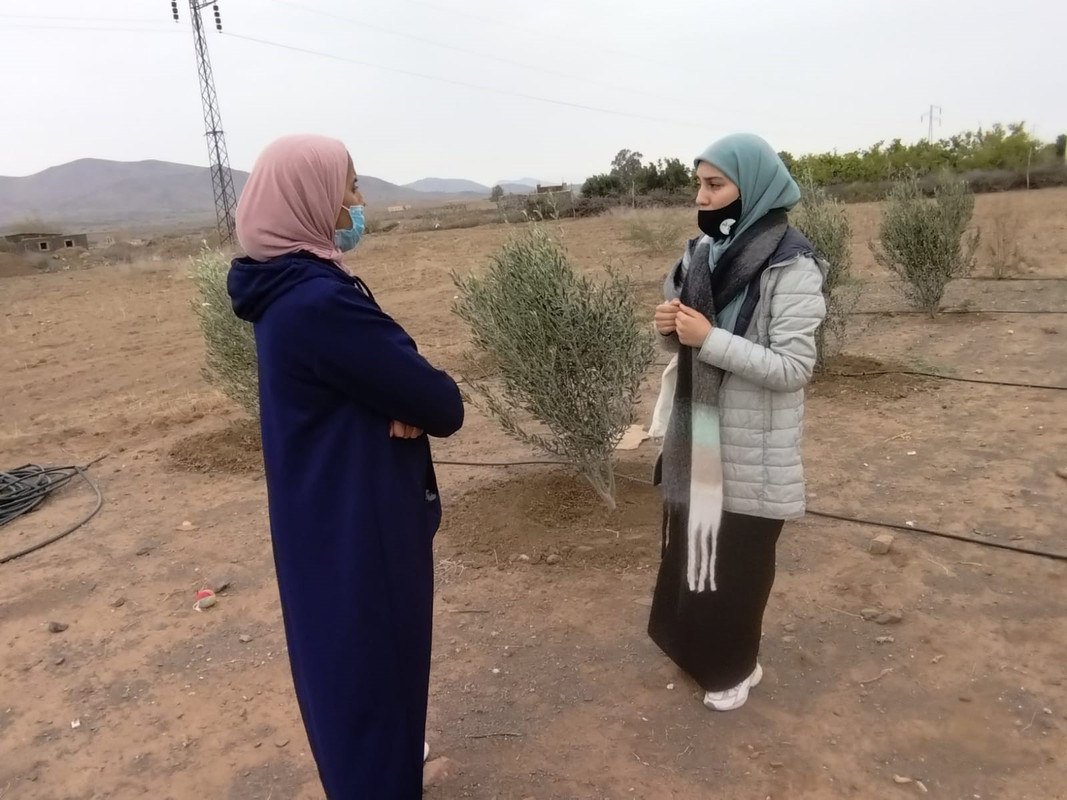 As one local woman was quoted as saying about the people who live in El Gouassim, “We are the people who move. From the beginning that has been our way and there really is not any other way to survive in El Gouassim land.” This is true for the vast majority of El Gouassim, as much of the region is dry and rocky, and therefore unsuitable for agriculture. Cultivated and arable land constitutes a small percentage of the large area and rainfall is erratic and scarce.

Probably the only fertile soil in the region is in the El Gouassim village, where the group of local women the Farmer-to-Farmer team met with is located. For over 10 years, this small fertile strip of land has seen agricultural developments with small commercial farms. Olives, for example, have been the longest and largest crop produced in this area. As a result of these farms, many of those from the El Gouassim area have become semi-nomadic, working as laborers on these farms.

The community and its leaders requested that HAF’s initiatives assist them in setting up an agricultural cooperative so that they would be able to grow their own food and receive a cash income. The Farmer-to-Farmer program saw this project as a wonderful opportunity for the community to improve their livelihood, their food security and their own sustainable development, and have willingly gotten on board to support them.