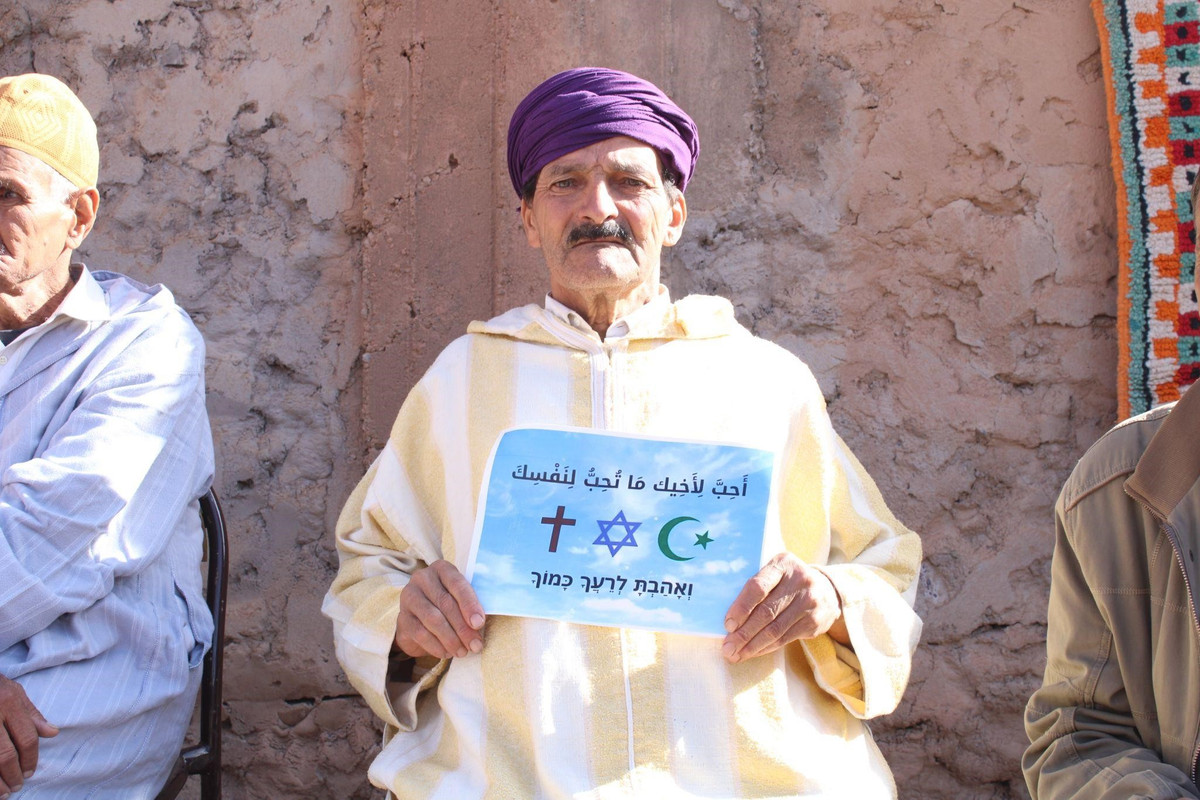 Mohammed, from Ighram commune in the Taroudant province, poses with a sign that promotes interfaith solidarity, quoting: “Love your neighbor as yourself,” October 2022. Photo: HAF

“I learned that, in the past, people lived together in harmony even though they had different religions. I also learned that it is very important to preserve heritage because if we don’t, it could disappear. I learned that we can learn from our differences and accept them instead of disputing.”

Celebrated on November 16,  the International Day for Tolerance was designated by the United Nations Educational, Scientific and Cultural Organization (UNESCO) as an opportunity to reiterate the importance of nurturing tolerance, a fundamental value underlying universal human rights. It is a day to be reminded that differences are to be celebrated and acknowledged, not hidden or rejected. Tolerance is much more than simply accepting “the other.” It is, rather, a strong belief that all humans ought to be treated with respect and appreciated regardless of their social, cultural and religious backgrounds.

Since the launch of the USAID Dakira program in 2021, the High Atlas Foundation (HAF) and its partners have collaborated to further preserve and transmit Morocco’s multicultural history. Seeking to revive the essence of amicable, centuries-old relationships among various religious and ethnic communities that have undeniably been foundational in shaping the country’s multilayered identity, Dakira is forging a path defined by dialogue and mutual understanding.

In this respect, events and activities are taking  place in numerous communities across the country, bringing together civil society actors and local community members with the aim of exploring and strengthening interreligious and inter-ethnic solidarity. Intergenerational community dialogues, school and youth activities, Hebrew language and Jewish culture courses, and digital heritage documentation workshop are among the activities that have taken place so far.

Dakira is working with people of all ages, from primary school students to young adults to community elders,  in order to ignite a sense of curiosity among community members to explore their own pluralistic Moroccan pasts and encourage them to broaden their perceptions and understandings of tolerance. As people learn about the lives of their grandparents and other ancestors, they learn how the diverse people of Morocco  lived in harmony with one another.In this diverse environment of the not-too-distant past, people had different faiths, ethnicities, and traditions, but they chose to empower each other and embrace their differences instead of trying to dismantle dissimilar principles and systems of belief. 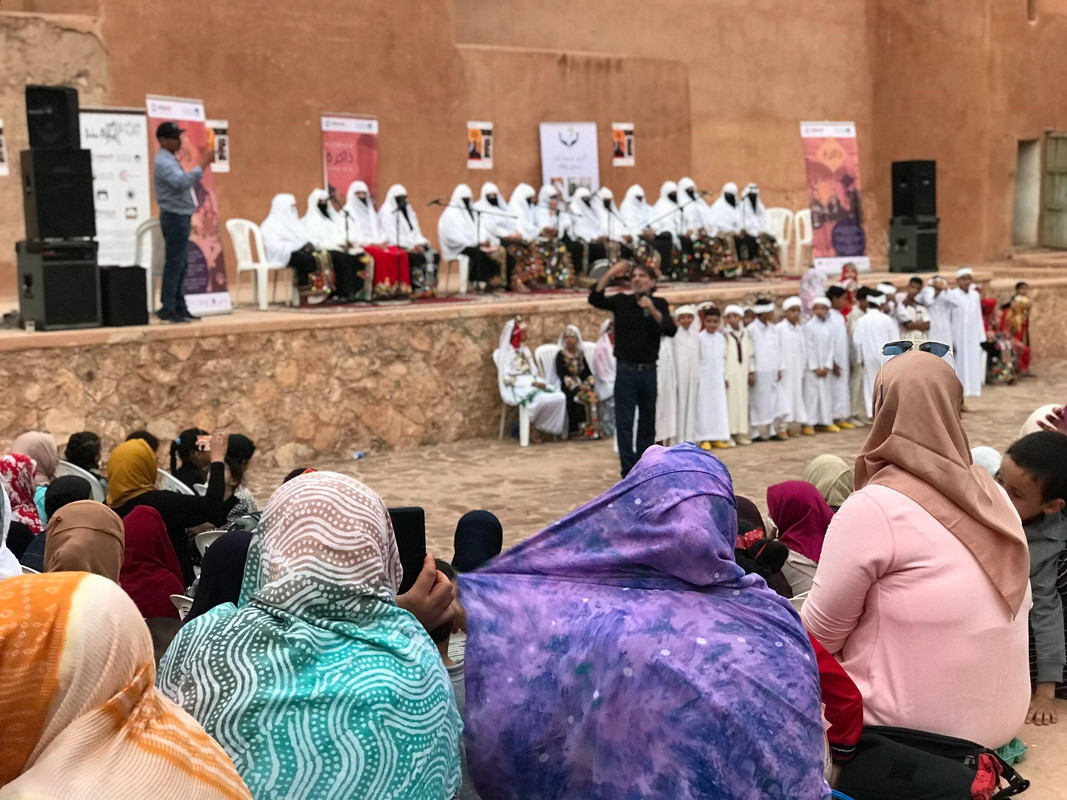 Committed to revitalizing Morocco’s pluralistic past through local community efforts, the Dakira facilitates community dialogues and conducts interviews with individuals in order to uncover and collect memories of each region’s blended past. During dialogues, communities engage in discussion about the history and meaning of religious and cultural sites in their locality with the aim to safeguard the gathered narratives and reshare them as a living example of togetherness for current and future generations. So far, people from the regions of Marrakech-Safi, Fes-Meknes, Rabat-Sale-Kenitra, Draa-Tafilalet, Souss-Massa, and Guelmim-Oued Noun have participated in such activities and events.

Recently, HAF-Dakira toured seven communities throughout the south of Morocco, where 1,195 local people engaged in community heritage dialogue, reflecting on multiculturalism then and now as well as how it and the preservation of cultural heritage should necessarily contribute toward the communities’ own sustainable development. Similarly, during the holy month of Ramadan in 2022, Dakira partner Mimouna Association organized a community Iftar dialogue in the Mellah of Rabat, which brought together more than 100 people to discuss and explore Jewish-Muslim cultural commonalities and shared customs from the perspective of local youth.

Dakira promotes tolerance and highlights the urgency of intercultural heritage preservation on a larger scale through knowledge sharing at strategic outreach events.

For example, Mimouna Association is organizing a series of Jewish Moroccan food workshops through which local women of different ages explore Moroccan Jewish culinary customs and traditions and the means of transmitting these essential elements of Jewish life to future generations.

Additionally, the Experience Dakira conference, held in June 2022, reflected a set of community values in which tolerance was presented as the gatekeeper to fostering social unity and conviviality.

Appreciating cultural diversity and fostering interreligious solidarity in the classroom

Taking into consideration the vital role of education and culture, Dakira is committed to sensitizing youth to their cultural heritage and values. In Tiznit, southern Morocco, for example, tolerance has been promoted among approximately 1,762 students in the discovery of their rich interreligious local history through guided field visits and school-based activities. 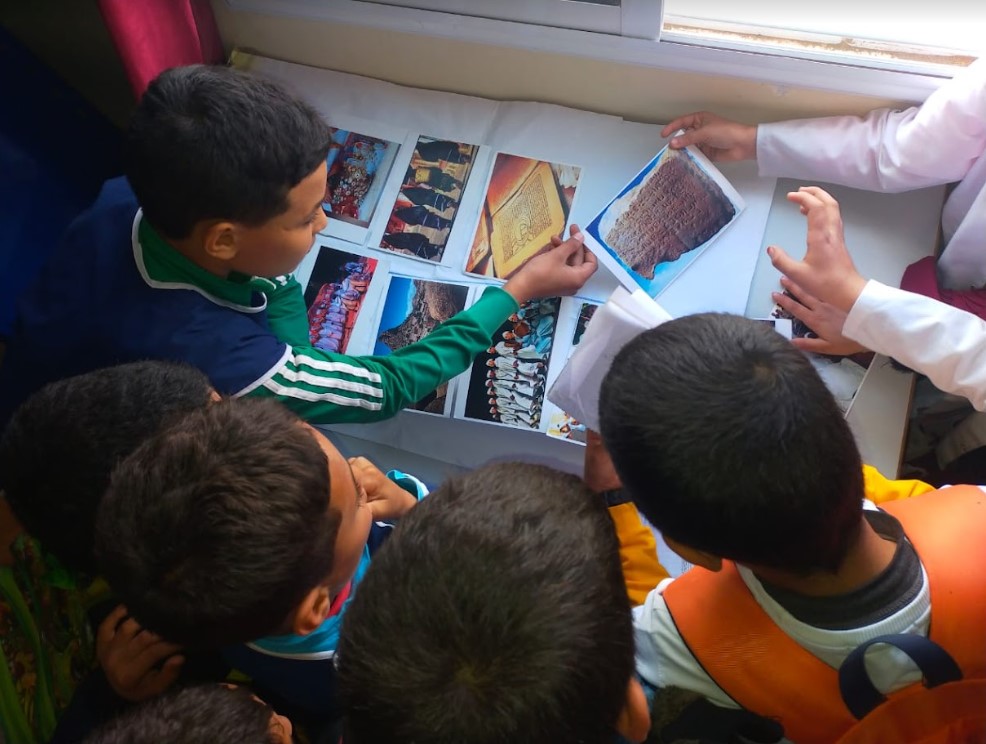 Promoting togetherness through the Arts

The Arts have proved to be a powerful tool to help increase youth engagement in the discussion about tolerance and respect for diversity. As such, the Sefrou Association for Multidisciplinary Arts (SAMA), through Project Sho’la (meaning ‘spark’ in English), has used storytelling and theater to introduce local youth to the city’s multicultural heritage. Through performance art, the youth have been able to actively learn about and reflect their understanding and appreciation of their multilayered identities. 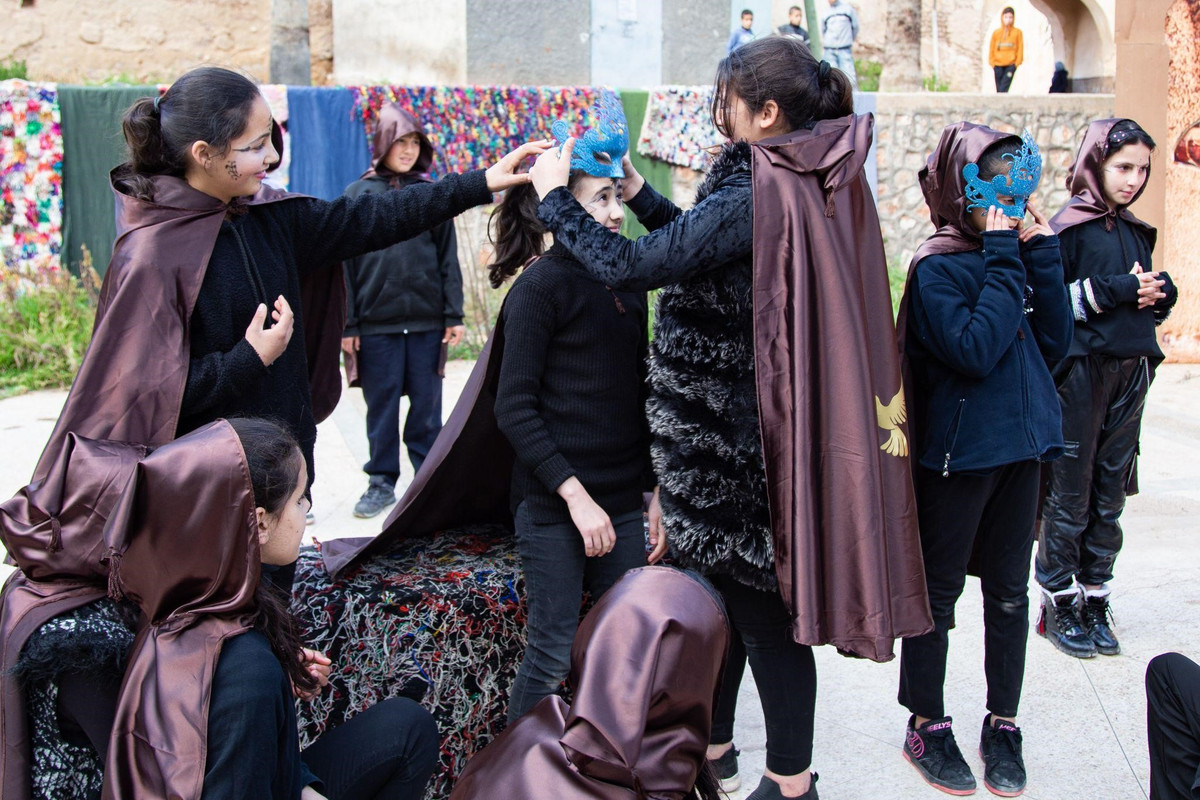 Located in the foothills of the Middle Atlas, the former Toumliline Monastery is one of the many historic landmarks epitomizing Morocco’s rich pluralistic past. The monastery, which was founded by Benedictine monks in the 1950s, became a place for international gatherings for people from different faiths. As part of the Dakira program, Fondation mémoires pour l’avenir (FMA) is helping preserve the interfaith collective Moroccan memory and revive the spirit of togetherness and shared belonging that this monastery was once known for. The rehabilitation of the monastery will not only help restore the physical space and medicinal gardens once tended by the monks, but also revive its spiritual significance as a meeting place for people of different faiths and cultural backgrounds to participate in intergenerational meetings for youth to reconnect with their local histories and carry on the legacy. 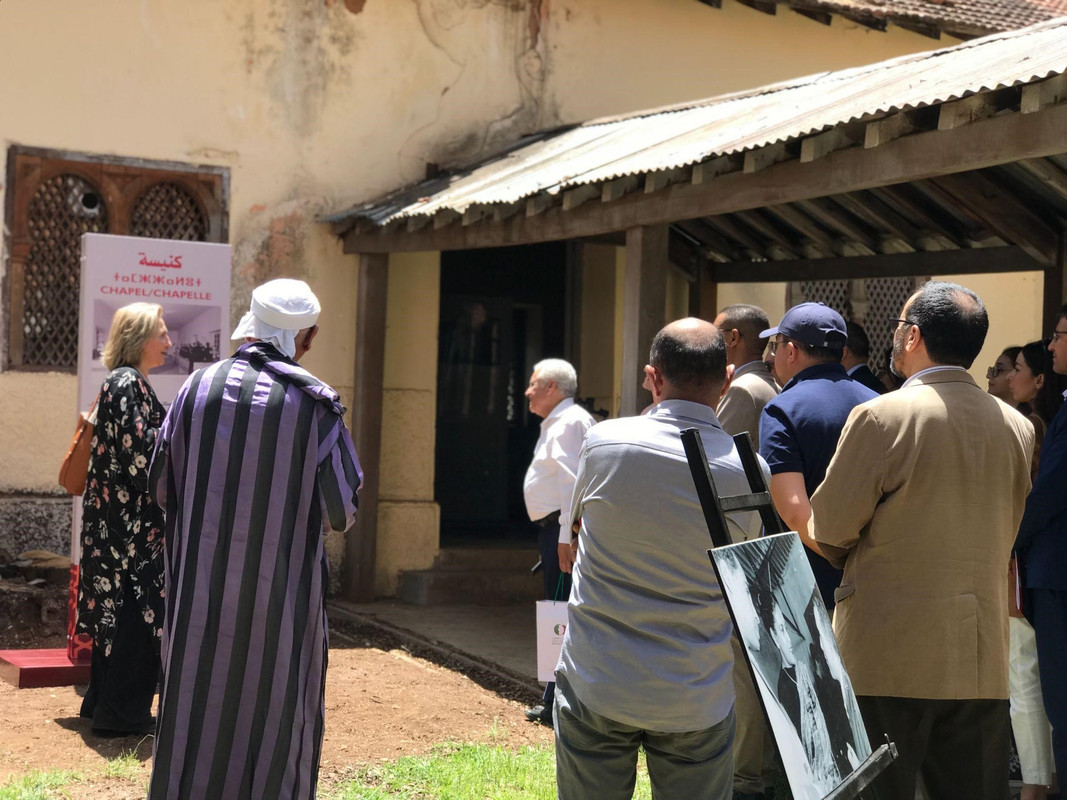 FMA President Lamia Radi leads a tour of the informational totem signage at the Toumliline Chapel during its inauguration in May 2022. Photo: HAF

Using a participatory approach, Dakira is a community-driven program through which local people of all ages take part in this learning journey, dig deeper into their understanding of their identities, and contribute to the reinforcement of values like inclusion and interfaith cooperation. Only through gaining a deeper understanding of our rich, interconnected histories can we better comprehend our realities and transcend intolerant narratives so as to pave the way for a world where fear and hostility are supplanted by acceptance and respect for all people.

The USAID Dakira (Arabic for “memory”) program was officially launched in October 2021. In celebrating the completion of its first year, we are delighted to launch the first Dakira…

Dear colleagues, I am grateful to announce that Rim Baji is the new Chief of Party of the USAID Dakira program. An expert in communication, media, and youth…