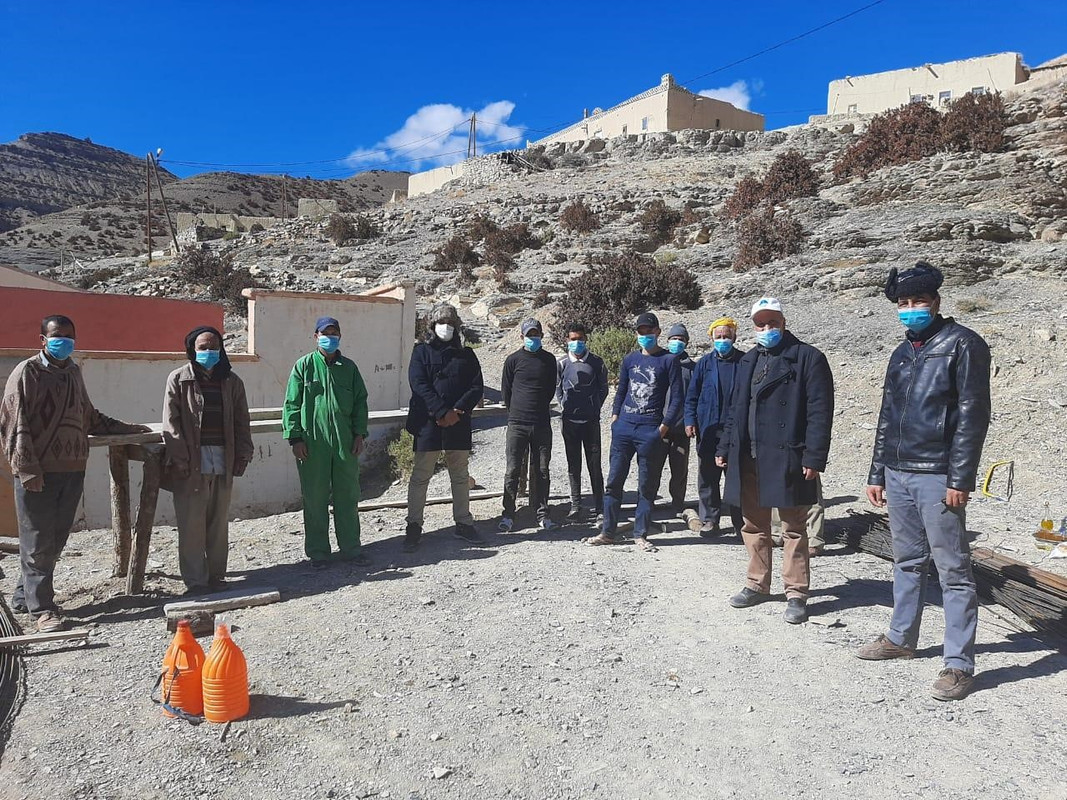 High Atlas Foundation’s Karam-Yane Azzabi met with representatives from the Akhiam Association as well as farmers in the Imilchil Circle to discuss afforestation efforts and changes in local agriculture.

It was with great enthusiasm that I hit the road to Imilchil from Marrakech. I knew that the road was long, more than 400 kilometers, but I had this nostalgia to see again the land of my ancestors. I felt the urge to take in the beautiful landscapes and all of the different kinds of forest and fruit trees that you pass through on  the road from Beni Mellal to Imilchil.

Unfortunately this landscape does not last long. As soon as I arrive in Imilchil, the landscape has completely changed. The greenery has given way to an almost empty, desert-like panorama.

My main mission was to locate the land with the most potential for afforestation in the Imilchil administrative circle (Midelt Province). Afforestation is the process of introducing trees and tree seedlings to an area that has previously not been forested. Afforestation can be done through tree planting and seeding, which are main objectives of the High Atlas Foundation in an effort to promote economic empowerment and carbon sequestration.

To locate the best parcel of land, I had to meet with farmers who own communal lands in the Imilchil Circle (100 hectares in Agoudal village and 66 hectares in Outarbate). We had long conversations so I could understand the reasons they have now decided to  choose tree planting over cattle raising, which has historically been their local form of agriculture.  We also discussed the history of their village and tribes, the ability to install solar panels, what kind of organic fruit trees and forest trees they want to plant, the water resources in the region, and a multitude of other relevant subjects. 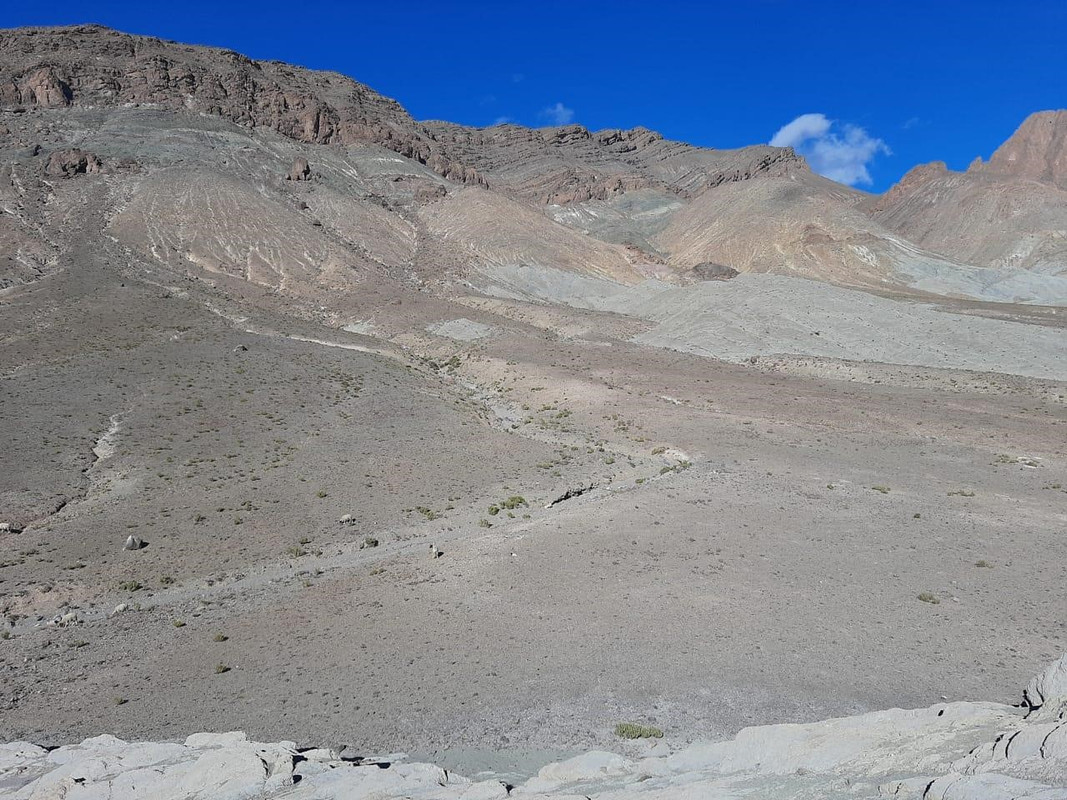 Countries like Morocco, which are highly susceptible to long periods of drought, are welcoming reforestation efforts to improve agriculture. In partnership with civil society, the Moroccan government will plant 800,000 trees across the country by 2024.

In a recent article by HAF Student Intern Jacqueline Skalski-Fouts, she reported that “despite socioeconomic improvements in Morocco (1.7 million Moroccans have moved out of poverty in the last decade), droughts continue to threaten agricultural production, which accounts for 20 percent of GDP and 30 percent of the Moroccan workforce. Low crop yield can exacerbate poverty, especially in rural regions, as two thirds of people who are in extreme poverty work as agricultural laborers.”

The impact of the “apple tree planting projects” of the Green Morocco Plan and the authorities of Errachidia province (between 1987 and 2012) have had a considerable impact on the change of mentality of Imilchil farmers, which are increasingly oriented towards plantation of fruit trees as opposed to  the breeding of cattle. In addition, soil erosion is another reason that encouraged them to plant forest trees such as cypress.

Agroforestry, or tree-farming, is an eco-friendly solution to climate issues. Planting trees diversifies farming, responds to climate crisis issues, and improves the economic power of a community. Estimates claim forest-farms can be eight times more profitable than staple crops like grain, which can increase farmers’ incomes and reduce rural poverty. 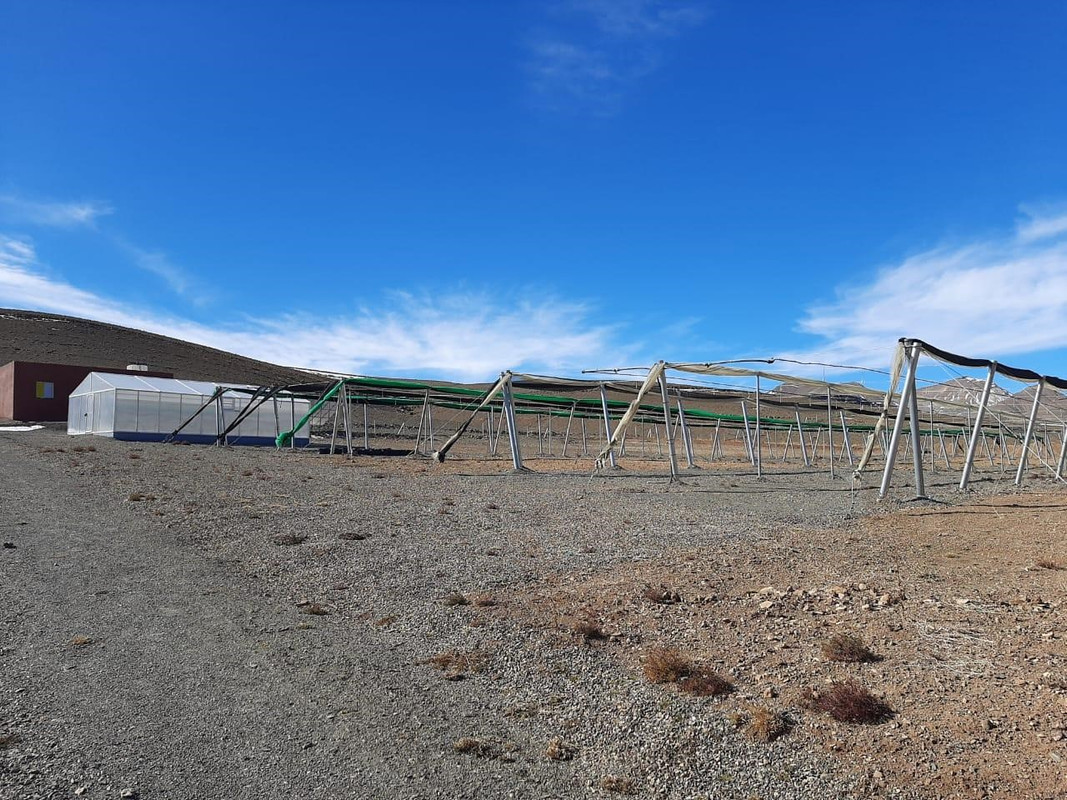 The fruit tree nursery in Agoudal has the capacity to grow 400,000 fruit trees each year, benefitting farming families in the Imilchil Circle.

Another important element in afforestation efforts is the creation of a new nursery in the village of Agoudal. If the agreement is signed between HAF and Akhiam association, 400,000 fruit trees (walnut, almond and cherry) can be cultivated and distributed to Imilchil farmers. This is a considerable advantage since these endemic trees species happen to be the tree types which perfectly match the cold climate of Imilchil. Forest trees and medicinal plants can also be cultivated in the nursery and planted in these communal lands to control soil erosion.

If this project starts, it will serve as a model for other projects that will emerge in several parts of the Kingdom.

HAF Celebrates Tree Planting Day 2021 with the People of Morocco

Dr. Yossef Ben-Meir, Katie Bercegeay, and Sofia Ashooh A mother language is the language of the heart. This Mother Language Day the High Atlas Foundation celebrates the people…