Coming Together for Cultural Preservation and Celebration

By Zoe Costello, HAF Intern and University of Virginia Student 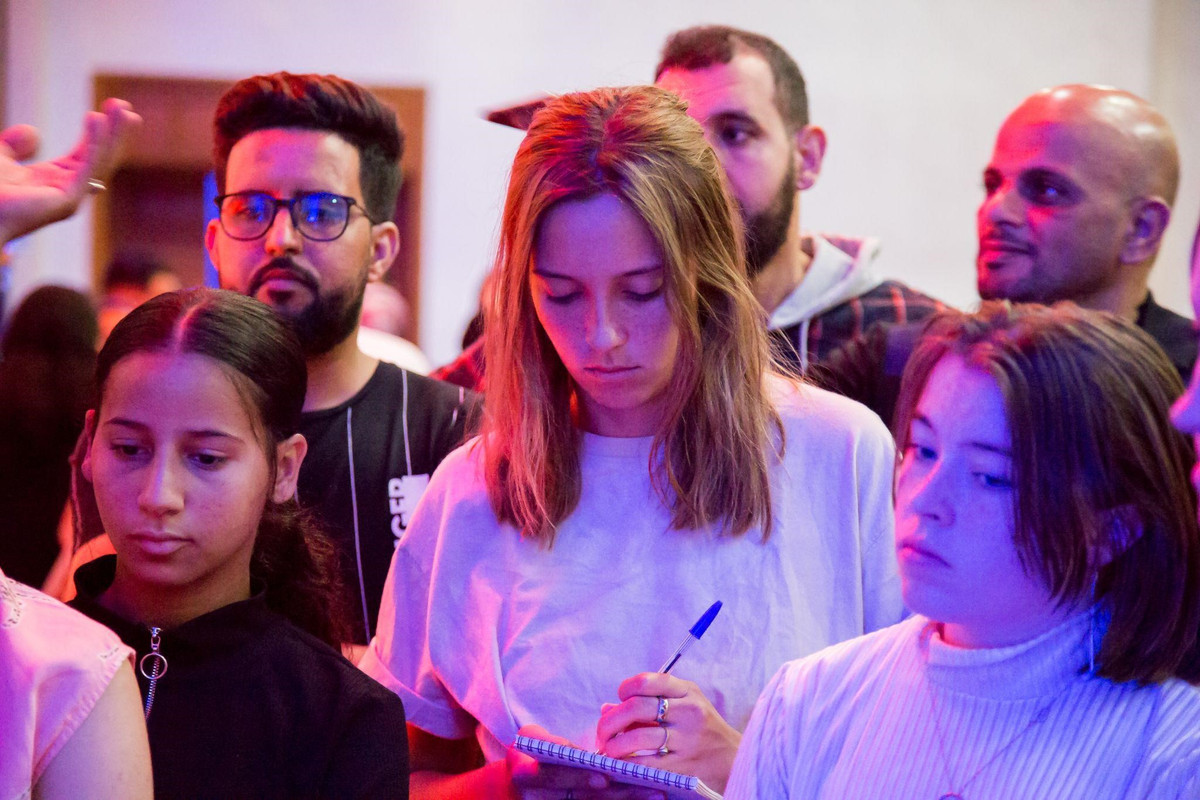 “We want the youth to acquire the city and all the values it embodies.”

This quote, stated by a participant in the Experience Dakira Conference, embodies a huge component of the USAID Dakira program: youth involvement and education.

The Dakira program encourages local communities to capture, preserve, and transmit memories of Morocco’s multicultural community. I had the privilege of attending the Experience Dakira Conference, which brought various stakeholders and community members together to explore the program’s activities and impacts and the various ways it has been implemented throughout Morocco.

Experience Dakira was highly immersive and enabled participants to tangibly feel the multicultural history in Marrakech by bringing them to the Mellah, which at one point was the Jewish Quarter, and Akrich, the burial site of a famous saint and current home to one of HAF’s tree nurseries. Both immersive tours enabled participants to gain a better grasp on how vast of the multicultural history that exists in Morocco is.

Many parts of the conference also involved reflection on different Dakira activities, primarily through group discussions. This helped participants gain a greater understanding of the importance of Dakira and how its impact is manifested in local communities, as well as the multifaceted role it plays in preserving cultural heritage within Morocco.

The Beyond Women’s Empowerment panel on the second day of the conference allowed participants to reflect on the role of women in heritage preservation. Panel members and members of the audience overwhelmingly agreed that women were the main individuals who spread culture, as they raise children and future generations, and teach them about their identity. While most participants agreed that improving women’s rights would empower women to express themselves and their identity better, a debate was struck over whether the issue was with men’s perspectives, institutional problems, or both. Placing women’s empowerment within a cultural heritage preservation perspective was interesting to me, as it combined two core components of the High Atlas Foundation’s mission. This shows me the interconnectedness between each goal and highlights how one project can uplift multiple goals. 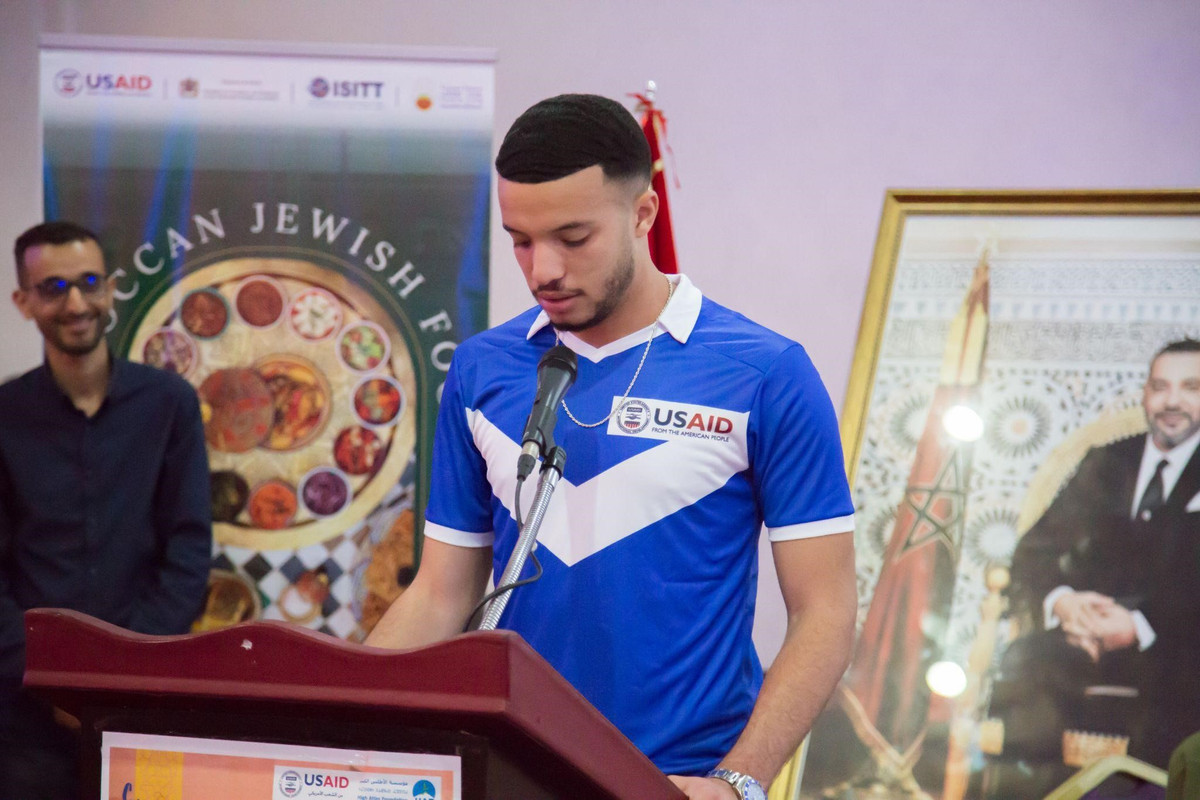 A young man who grew up in a traditional Mellah neighborhood speaks at the Experience Dakira Conference about his experience playing in the Jaco Azafrani Cup football tournament, Photo credit: Zoe Costello/HAF team

One part of the conference focused on youth engagement and education, and introduced multiple organizations that empower children to explore their heritage and Morocco’s history through art and sport. Included in these organizations was the Essaouira Mogador Association, which educates students on Jewish history through music and theater, and Association Mimouna, which recently held a football tournament for youth in the Mellah named after Jacob Azafrani, a well-known Moroccan Jewish soccer player. Afterwards, participants moved around to different stations that exemplified real activities practiced with children and youth to increase their heritage awareness.

The first station had participants create postcards that represented their cultural identity. Participants could get creative and express their identity in any way which they saw was fitting. The second station involved community values ranking. Participants ranked values such as knowledge, education, learning languages, and community. Afterwards, they discussed why they gave such ratings. When this activity is conducted at Dakira workshops in  schools, students typically try to display such values by acting them out. 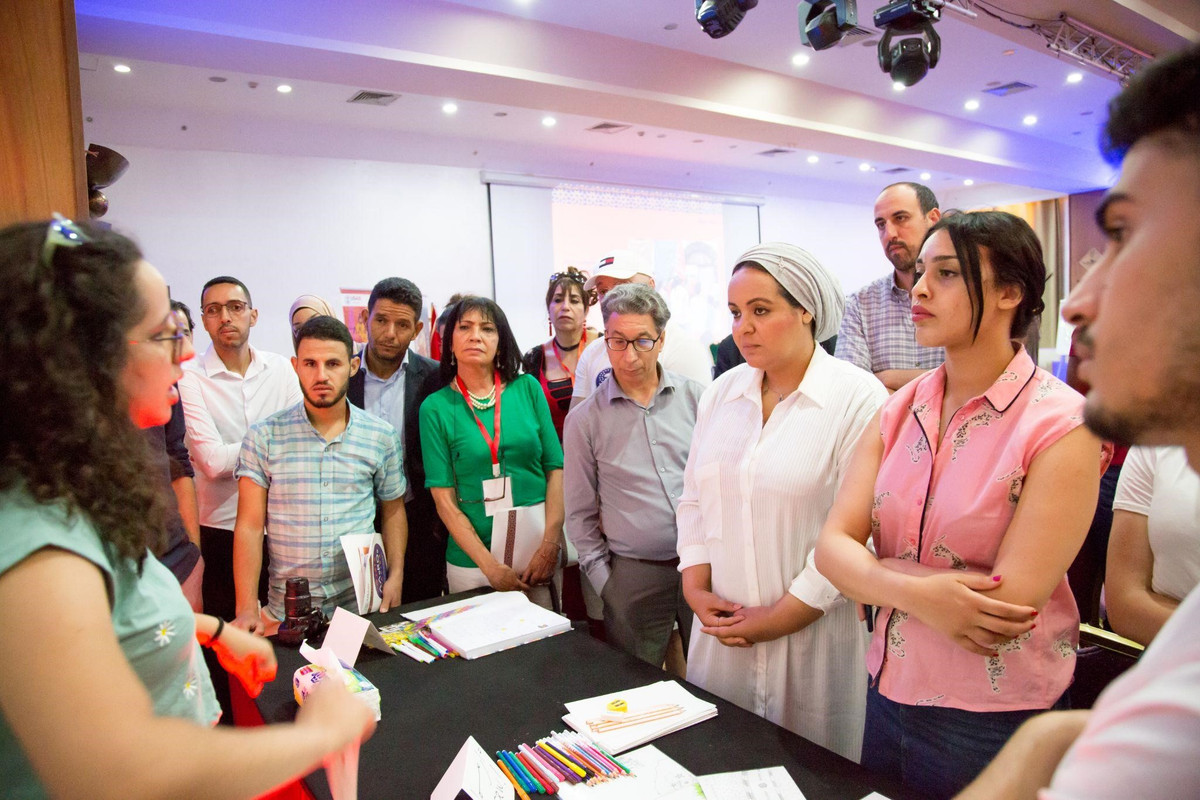 The third activity, also often conducted in Dakira workshops, had participants categorize  pictures of Tiznit’s cultural activities and symbols as being either material or immaterial examples of cultural heritage. The pictures depicted jewelry, dance, music, learning and architecture. Over 60 schools in Morocco have completed this activity with HAF’s Dakira Cultural Coordinators, empowering students to strengthen their understanding of culture and Moroccan heritage. The last station exhibited some of the program’s work done in the small town of Tisfane, which once had a prominent Jewish Community.

Once these cultural stories and memories were collected from community members, they were shared with local schools. These stories were documented as well to allow the schools to continue to share the area’s cultural history with students. One of the ways this is done is through converting the stories into plays which students will then act in to teach values of coexistence and educate future generations on the history of their heritage. 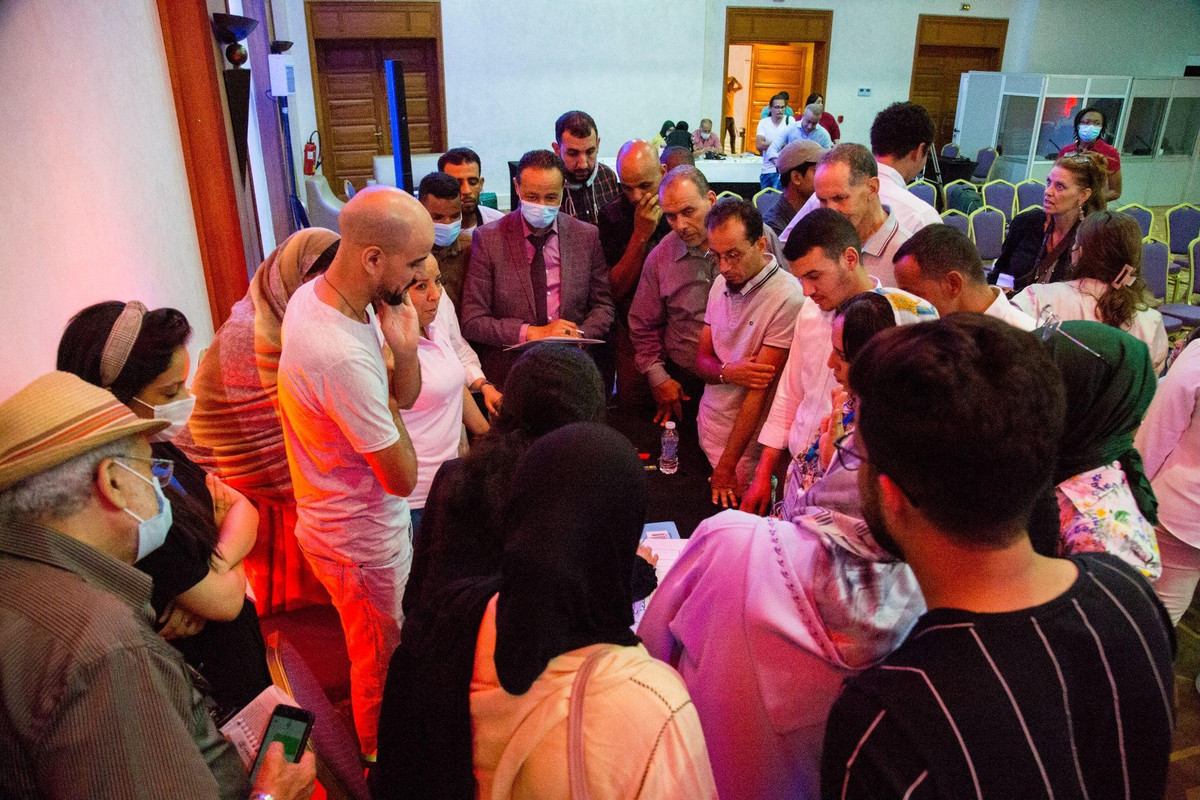 Conference participants gather around a Dakira exhibition station to learn about the program’s workshops conducted in Tiznit and Tisfane, Photo:Zoe Costello/HAF

The stations exemplified ways that students were enabled to express themselves in creative and engaging ways while also learning important lessons on their cultural history and heritage. It was exciting to see the many ways that youth education is prioritized by the USAID Dakira program, which is implemented by HAF and its partners. The best way to ensure that future generations retain these memories of cultural coexistence is by enabling students to learn about their history and further spread what they know and have discovered. The engaging activities throughout the conference gave participants a greater understanding as to how the Dakira program is empowering students to learn about their cultural heritage and provided a valuable learning opportunity for attendees to discover more of Morocco’s multicultural history. 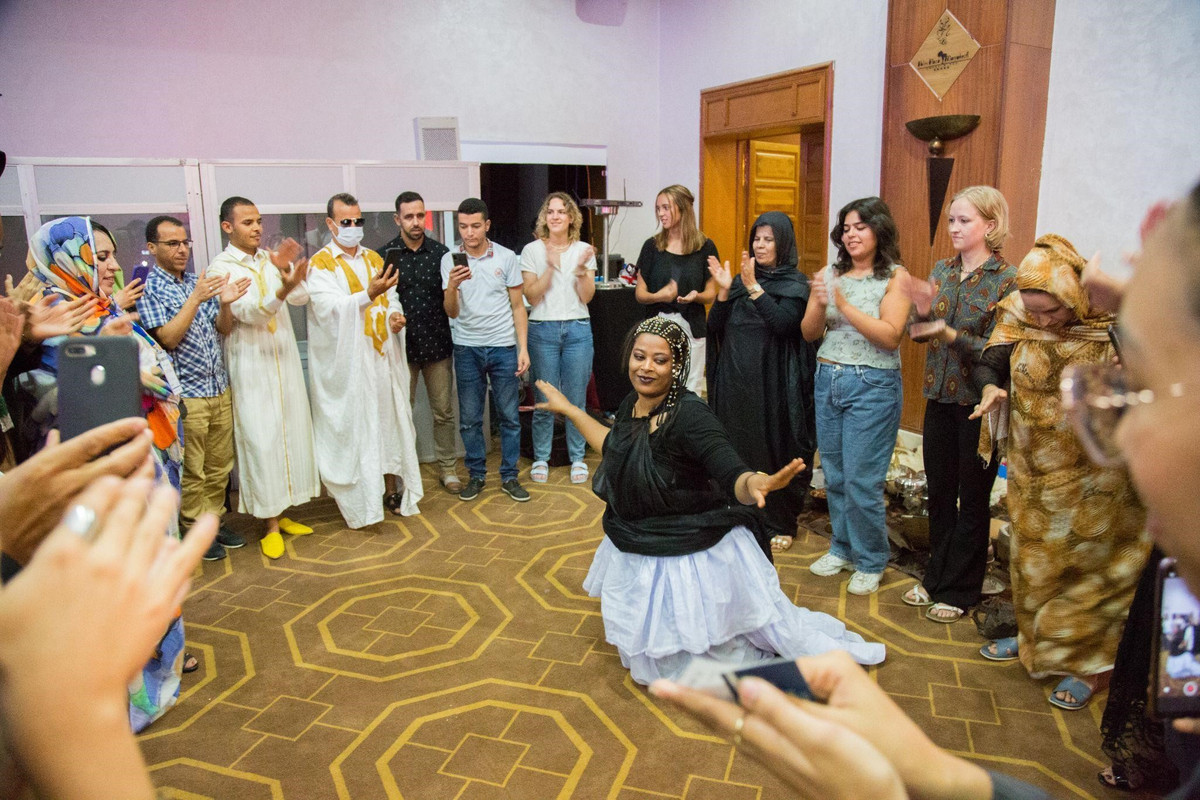 Outside of its educational purposes, the conference also provided a space for stakeholders and community members to bond and forge new memories together. Every meal shared brought us closer together in addition to the facilitated dialogues which allowed members to express and share examples of their own heritage.

The most impactful moments to me were the moments that we came together in dance and celebration. Some of the women from the Sahara region performed traditional songs during a lunch break, and everyone came together in dance. The Gnaoua performance by Hind Ennaira the night before equally inspired dancing and celebration. In all these ways, the Experience Dakira Conference created a communal space where attendees increased awareness of and celebrated cultural identity.