Climate Literacy: Educating the next Generation for an Environmental Revolution 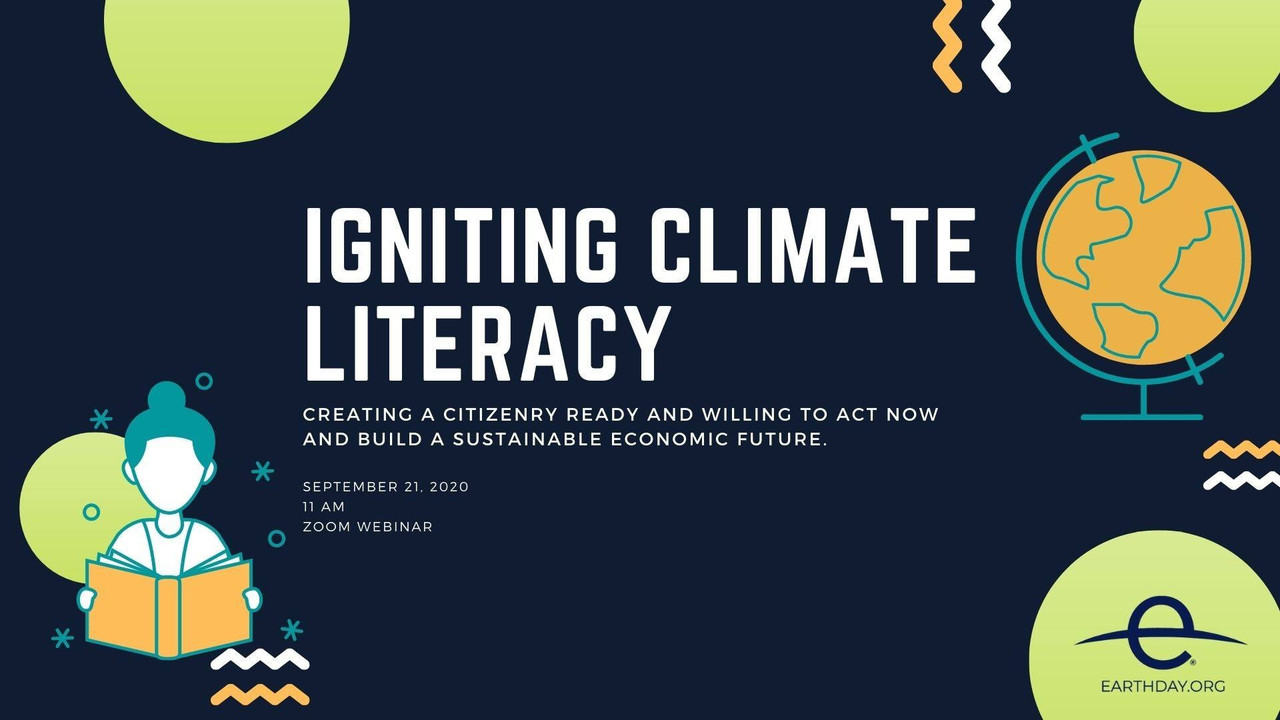 During the last week of September, the Earth Day organization held a webinar entitled “Igniting Climate Literacy: Creating a Citizenry Ready and Willing to Act Now and Build a Sustainable Economic Future” to celebrate the 50th annual Earth Day. Organizers of the event gathered notable panelists from around the world to lead discussions about the importance of educating the youth on climate change and other environmental topics. By encouraging these conversations they aim to ensure a citizenry that is equipped with hope, skills, and motivation to take action for a more sustainable future.

Organizers of the webinar set out to help participants have a broader perspective on climate change. As well as highlighting the importance of educating youth, discussions throughout the webinar related to the connections of climate and environmental education to conservation goals, increased green jobs, a healthy economic future, and a sustainable planet.

The participants initiated the dialogue insisting youth must be provided the right education about climate change because they are the leaders of the future. However, they urged the national governments to build a strategy to integrate climate education into the educational systems around the world.  Senior Director WWF Pakistan Rab Nawaz said, “Amazing people doing amazing work is not enough.”

One participant in the webinar, Rohan Arora, is a Youth Climate & Environmental Health Activist. Along with his organization, he is translating climate information into different languages to provide access to non-English speakers. They believe this is a necessary step to start engaging youth around the world and encourage them to participate in their local communities’ environmental initiatives.

Frida Berry Eklund, another participant, is a Swedish climate change communications expert, activist, and writer. Eklund agreed with Rohan, adding that parents must be engaged and encouraged to manifest climate change in their own lives, too, since they are role models for their children. As children are influenced by their parents’ actions and not their words, Eklund invites parents to participate in environmental activities with their children and discuss simple solutions that they can apply as young citizens. She also stated that 7 out of 10 children are aware of climate change and they are not optimistic about the future of the planet. This is why engaging youth will help them make their voices heard.

Neeshad Shafi, Executive Director of Arab Youth Climate Movement Qatar, suggested that it is imperative to bring people toward environmental initiatives by working with governments, schools, and youth-led organizations to provide training that will increase the level of climate literacy and promote concrete actions that can result in more media coverage. Shafi argues that this is an important step in raising awareness. Doing so targets large audiences who consume media, giving an amplified voice to the cause.

Asha Alexander is the principal and CEO of The Kindergarten Starters and Executive Leader, Climate Change – GEMS Education, Dubai, UAE. Alexander agreed about the importance of including climate education in schools, citing her group of schools as an example, where they have already integrated this type of training into their curriculum. As the CEO of the school group, she made sure that the climate literacy program and climate change teachers exist in all of the 500 schools around the Middle East. She also expressed that these programs engage the parents, too. They participate in different environmental activities, resulting in more environmental discussions not only during the training but also inside the family’s house.

Jessica Huertas from the Ministry of Environment of Peru argued that climate education is still missing because climate change is considered a political issue rather than a global issue that impacts everyone. Even in universities, she asserted, climate discussion is still completely scientific with no humanitarian links. As a result, these discussions only provide general and superficial information that is not enough to trigger the youth to manifest against climate change. Huertas said that “even in universities with great resources, the discussion is not taken seriously. I can only imagine the situation in humble universities with limited resources.” 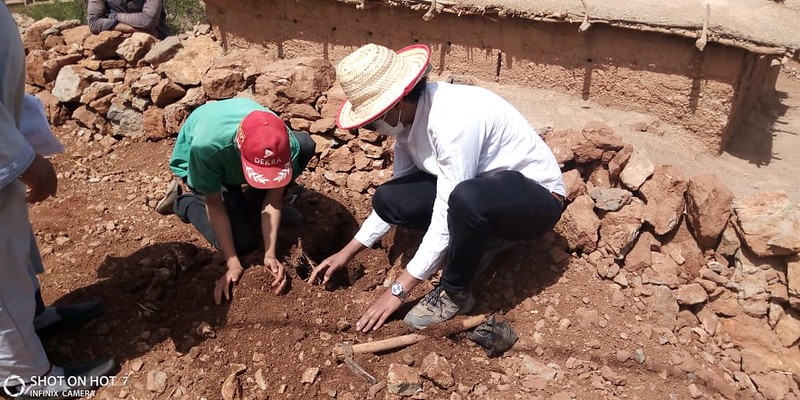 HAF’s role in the environmental revolution

As the discussion of climate change is becoming more necessary, the High Atlas Foundation (HAF) continues to work with youth, farmers, families, associations, and schools in Morocco to create environmental initiatives using the participatory approach. HAF has already conducted numerous workshops in communities around Morocco, including rural areas, to raise awareness and provide all the necessary information about climate change and its impacts on the lives of people.

HAF has also contributed to many projects that aim to fight climate change, such as planting around the kingdom each year. To date, HAF has planted over 4.5 million trees. The foundation also encourages citizens to contribute to this planting process by providing trees through their E-store, which makes it easier for everyone to buy and plant trees.

As the webinar came to an end, the panelists stated that the next Convention on Climate Change will be critical as people are expecting concrete actions and not only words. This upcoming, crucial meeting will be expected to increase the countries’ ambitions and commitment toward climate change while also creating a communication space between citizens, organizations, and governments. 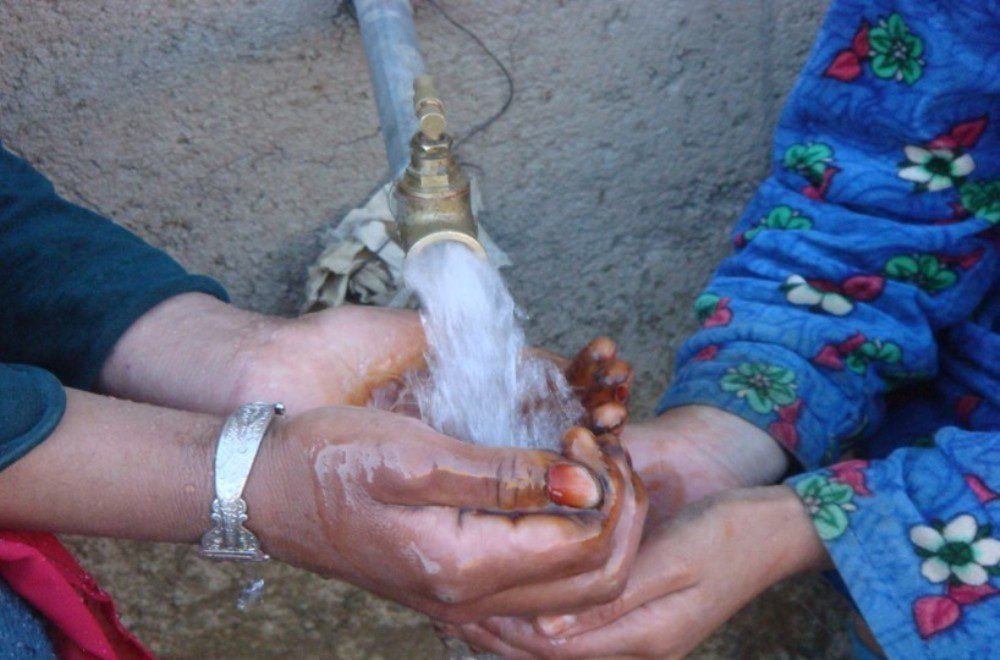 Program Coordinator The world is currently suffering from a major pandemic, and the most effective way to control its spread is through healthy hygienic practices -- regular hand-washing,…