Climate Change, its Relationship to Afforestation, and the Contribution of the High Atlas Foundation

A photo exemplifying the effect of climate change

What is meant by climate change?

The concept of climate change is generally defined as the changes that occur at the level of the climate with a rise in the temperature of the planet as well as the change that occurs at the level of natural phenomena, which often results in damage and degradation to the environment and biological diversity.

In other words, climate change is an imbalance in the usual climatic conditions, which is attributed to human activity that leads to a change in the composition of the atmosphere.

Climate change and afforestation: Morocco as an example

The whole world has recently witnessed unusual and unprecedented climatic phenomena that have produced countless effects. The number of people at risk due to the increase in water stress grew to about 75 million in 2020, according to the forecasts of the Intergovernmental Committee on Climate Change. This number is likely to rise in the following years, and many parts of the globe are drier today due to the lack of rain. This imbalance in rain across the globe is attributed to sudden climatic changes, which prompted countries to move to alleviate the impact of this phenomenon by holding several conferences and meetings that prompted the study of global warming and the awareness of countries regarding its impact that threatens the future of life on the planet.

Specialists believe that human activities are the most prominent cause of climate change and global warming, as the industrial activities on which modern life depends have greatly raised the levels of greenhouse gases in the atmosphere, especially with the beginning of the industrial revolution.

The decline of forest areas is also one of the main causes of climate change, as people cut trees in most regions to create space for agriculture and construction. Morocco, for example, has a depleted forest area of ​​more than 30,000 hectares annually, according to the Moroccan High Commission of Water and Forests (HCWF). 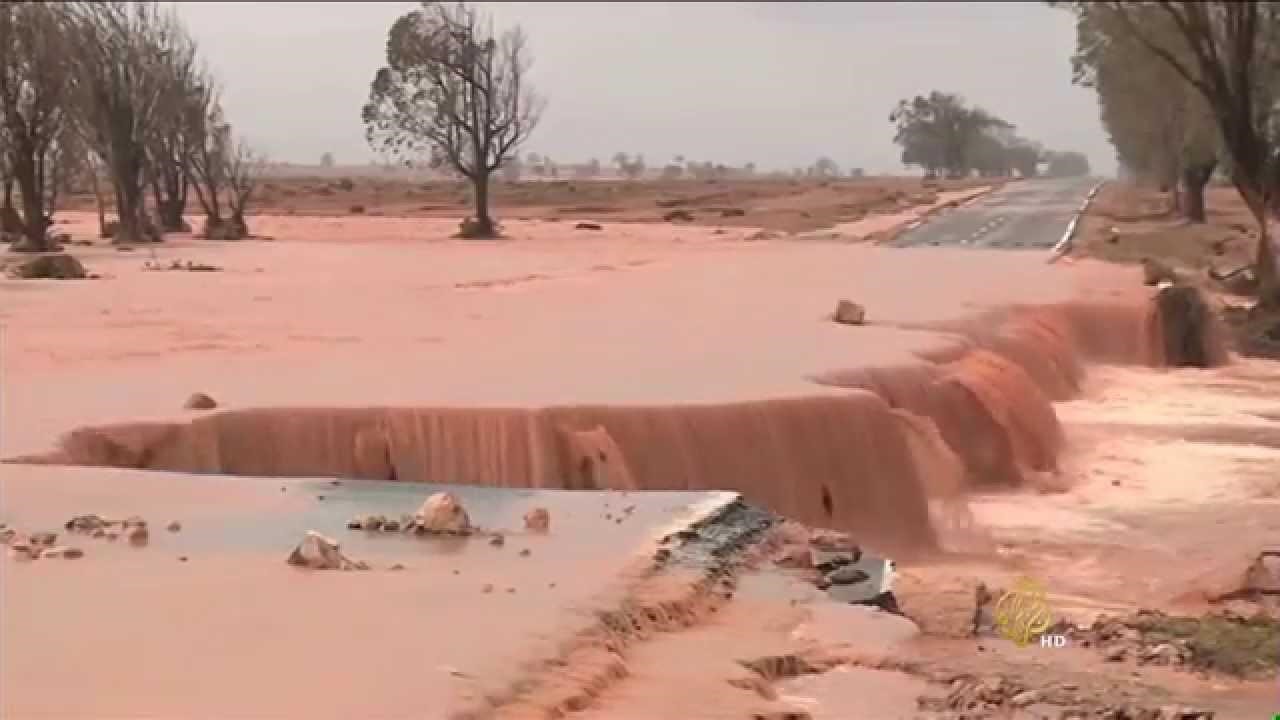 If one of the main causes of climate change is the earth losing, in general, a large proportion of plant species and living organisms, then the solution to overcoming this dilemma is to rebuild this land with trees, which is what most countries of the world have been involved in. This is the case in Morocco, whose goal has been to move forward in overcoming or mitigating the phenomenon and the consequences of climate change.

The High Atlas Foundation is a Moroccan-American organization, and it has been one of the contributors to this process since 2000. Since then, it has devoted all its activities to the long-term alleviation of rural poverty and the promotion of agricultural development, especially afforestation. Additionally, HAF works toward the empowerment of women and youth through capacity-building efforts,  strengthening confidence, skills, and livelihoods. 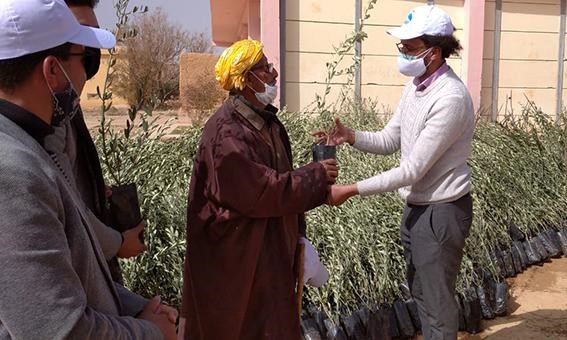 The HAF team distributing trees in the Boulemane region.

The efforts made by HAF enabled a significant increase in the area and rate of afforestation in Morocco. It has been able to accomplish this by working in partnership with the Department of Water and Forests and some other partners (i.e., ECOSIA, F2F Farmer-to-Farmer). The rate of trees distributed by HAF has continued to increase each year. This year alone, HAF planted approximately 700,000 trees throughout the regions in Morocco. The trees were transplanted from the HAF’s 11 nurseries. HAF takes into consideration the quality of the trees, the appropriate conditions in which seedlings are prepared through the introduction of modern techniques that are compatible with a healthy environment, and the safety precautions enforced by the Moroccan Ministry of Health.

What distinguishes the trees grown in HAF-community nurseries is that they are of high value compared to other agricultural crops. Fruit trees contribute to environmental awareness and food security. They also reduce soil erosion while providing fresh air.

This has inspired HAF to pursue its work passionately and persistently, as it aims to contribute to the reversal of climate change that threatens the future of humanity, by increasing the quality and quantity of trees grown and planted within the Kingdom of Morocco. 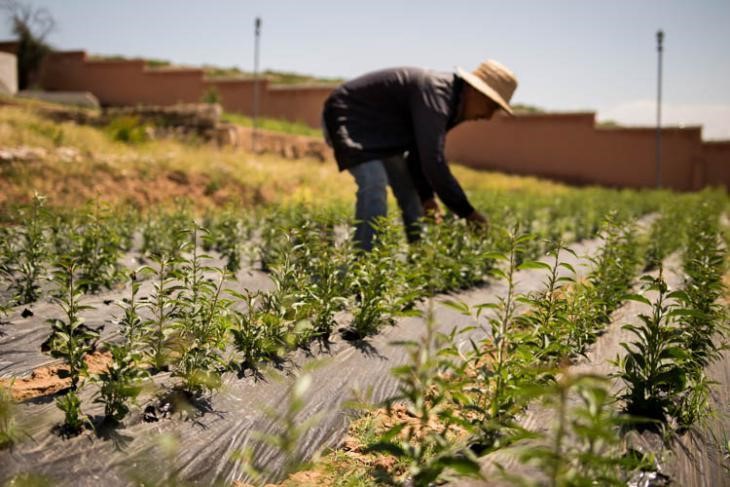 One of the sources of the foundation’s trees, the Akrich community nursery. Together, for Earth and for Morocco

Dear friends, It is a special time of year - and a special week. We are celebrating the earth, our volunteers and partners, and the holy month of… By HAF Team Approximately 100,000 almond, walnut, and cherry saplings grow in the Tadmamt nursery on land lent in-kind by the Department of Water and Forests - Marrakech-Safi.…