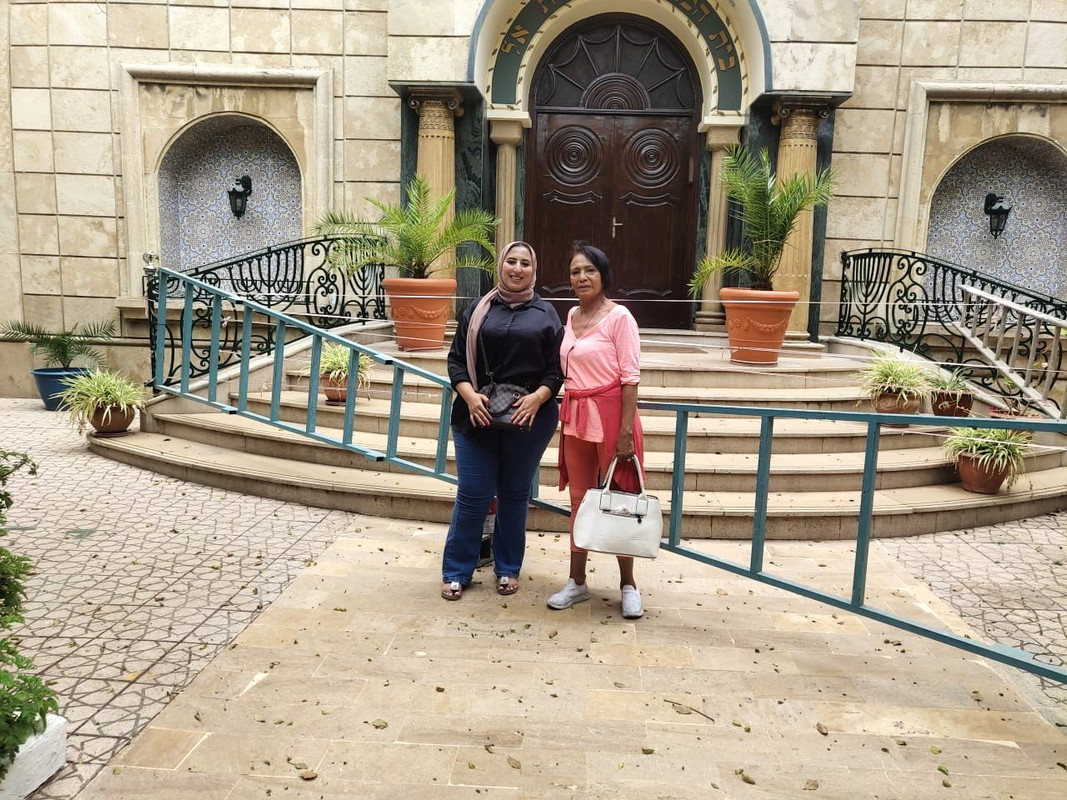 On July 14, 2022, in Casablanca, I had my first visit to synagogues and museums of Moroccan Judaism. It was an enchanted discovery.

As a cultural coordinator of the USAID Dakira program and a native of Casablanca, I had been invited by Mrs. Suzanne Abittan, President of the Moroccan Association for Tolerance, to visit the sites of the Moroccan Jewish community. We met on the Thursday morning at Boulevard Ziraoui in the center of Casablanca, and from there, my adventure began.

Our first destination was the old Mellah of Casablanca, adjoining the Ettidegui synagogue and the museum, which were both restored by His Majesty King Mohammed IV (may God assist him) in 2016 in an effort to promote the heritage of Morocco by tracing Jewish life in the Mellah.

The synagogue’s restoration is part of the second phase of a program to rehabilitate the Old Medina of Casablanca. The museum’s paintings depict the history of Judaism in Morocco. Both places preserve a vital aspect of the authentic Moroccan identity. This restoration reflects the firm determination of His Majesty the King and the Moroccan Jewish Community to make these places spaces of cultural dialogue and cohabitation. 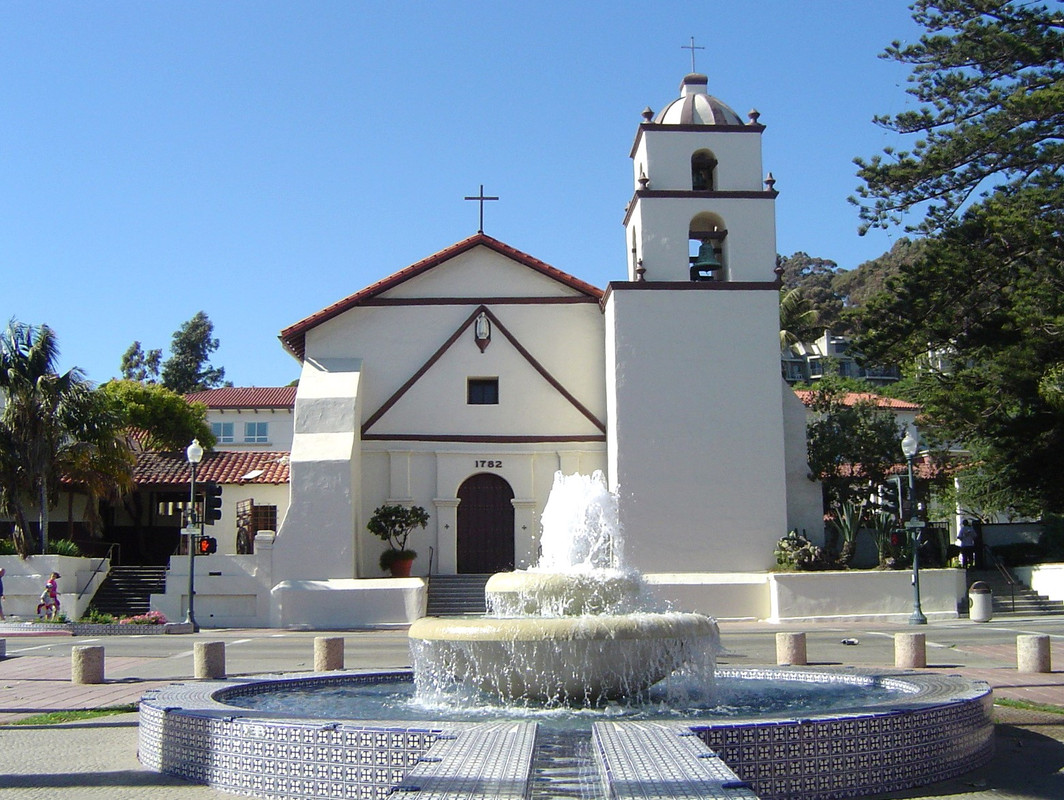 Walking down the street leading to the center of the Mellah, we passed what at first sight appeared to be a mosque. However, the sign on the door read “San Buenaventura Church.” It was founded by Catholic Franciscans around 1890. Built on a territory that Sultan Hassan I of Morocco had granted to King Alfonso XII, it was the seat of the Spanish church in Casablanca beginning at the end of the 19th century. Ceasing to function as a church in 1968, it then housed families in need when the Spanish Embassy handed over the property to the municipality of Casablanca. The site was transformed into a cultural center that serves the medina community  in 2016, with the inside of the church now restored as a community library and cultural café.

My curiosity was aroused when we entered this space, where we found a few elderly men sitting at a table. One of them was the guardian of the church, and he offered to show us the interior once the restorations were finished. 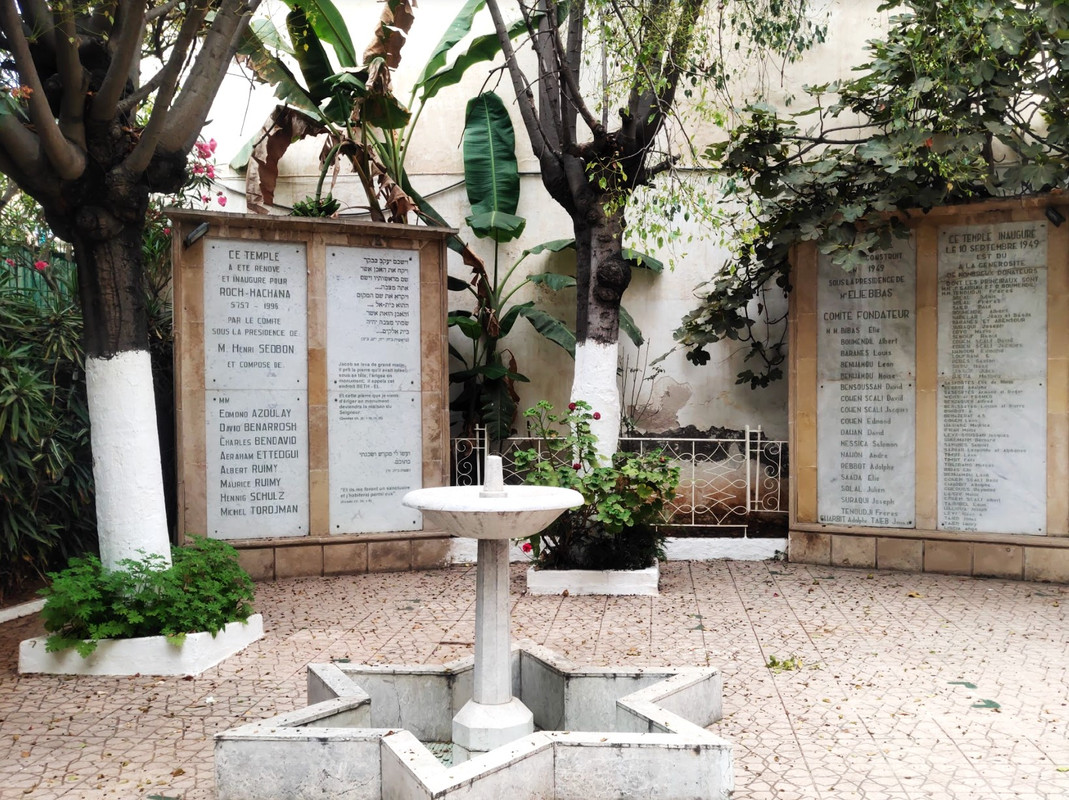 After our tour of the Mellah, we headed to Temple Beth-El Synagogue, which means “House of God” in Hebrew. It is located near the well-known Place Verdun, in the heart of Casablanca, where many members of the Moroccan Jewish community lived. This temple is one of the most famous synagogues in the economic capital of the Kingdom, even the largest, and perhaps the most beautiful. It is a true architectural jewel.

The features of this holy place are designed to inspire visitors and the city’s Jewish people, who go there for prayers, holidays, and ceremonies. It is also a privileged destination for Moroccan Jewish people living abroad, especially during the “Hiloula” to carry on the rituals of their ancestors in an atmosphere of nostalgia and beauty. I was even more curious about the fact that this synagogue, and all the places of worship I visited, were maintained by Muslim guardians.

The USAID Dakira program, implemented by the High Atlas Foundation and its partners, aims to preserve and share Morocco’s multicultural heritage and encourage Morocco’s younger generation to rediscover its multilayered identity by highlighting stories of interfaith and intercultural solidarity. The synagogue, with its typical Jewish architecture and the story of its custodian, is a model of centuries-old solidarity that deserves to be presented to the world.

After this discovery, we moved to the center of the old medina, where there is a Jewish cemetery. At the entrance was the guardian Mohamed, who has been working with the Jewish community of Casablanca for over 40 years. Mohamed knows the history of this cemetery in great detail, including the location of each tomb and the families buried here. I had never known that there were so many graves of Moroccan Jewish community members. When we entered the cemetery, I had the opportunity to attend the Ziyara ritual for a Jewish saleh (saint or righteous one) for the first time, and I realized that there was a great similarity between the Jewish and Muslim rituals for the saleh visits.

At the end of the morning, we had lunch at the Alliance of Israelites in the center of Casablanca, which is a gathering point of the Casablanca Jewish community. There I was warmly welcomed by friends of Mrs. Abittan, who invited us to join them. We talked about Moroccan Jewish culture and how this community feels a great belonging to the land of Morocco. What fascinated me the most was the ease with which the Muslim community is welcomed and included in this place that would otherwise seem designated only for the Jewish community. This demonstrates the inter-religious integration that exists among Casablancans.

In the afternoon, I made a delightful visit to the Museum of Moroccan Judaism, which was founded in 1997 and is considered to be the only one of its type in the Arab world. Exceptional, historical and cultural, this museum is worth a visit. Housed in an elegant villa built in 1948 in the Oasis district of Casablanca, the Museum of Moroccan Judaism is a unique place. Spread over a large area, it presents various objects: oil lamps, costumes, photos, jewelry, paintings, and more—all Judeo-Moroccan artistry and craftsmanship. 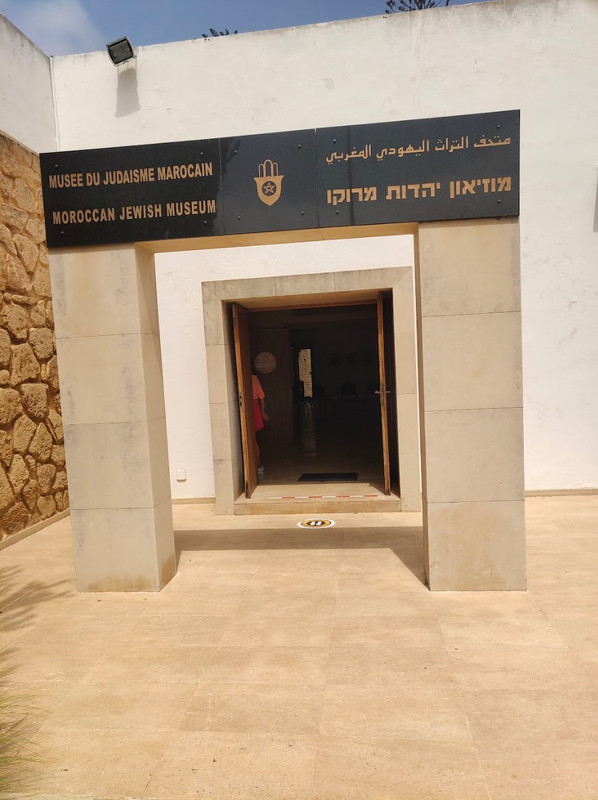 The ethnographic museum also has print, photo, and video libraries, as well as several multi-purpose rooms where exhibitions are held. Two rooms in the building are dedicated to the presentation of synagogues. This visit allowed me to further explore a collection of essentially religious objects, such as Judeo-Moroccan manuscripts, Torah scrolls, and prayer books, but also vintage traditional clothes. 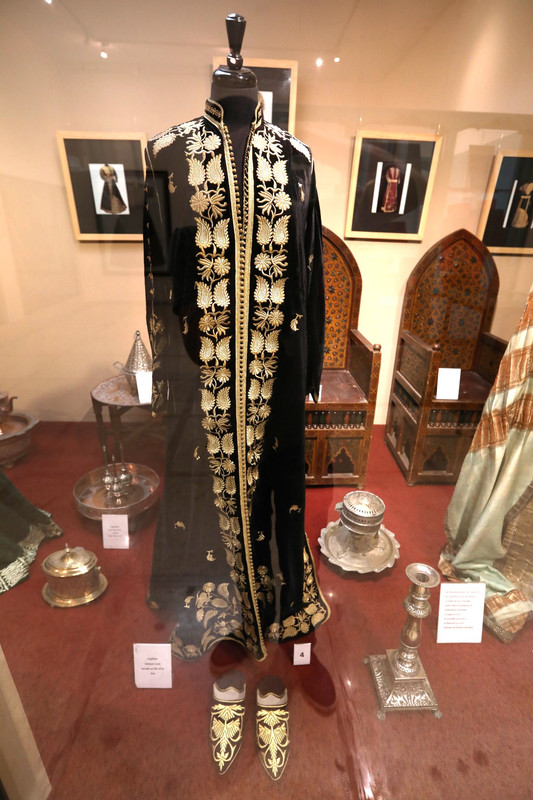 Costumes and jewelry of the Moroccan-Jewish culture exhibited in the museum. Photo:Omaima Khalil El Fanne/HAF

During this cultural-spiritual tour, I had the chance to discover Casablanca’s culture, the capital of Judeo-Moroccan life. During my visit, I visited six synagogues, a Jewish cemetery, and two museums of Moroccan Judaism as well as cultural places of the Jewish community. This allowed me to journey along the side of Casablanca’s religious coexistence, the deep unified dimension, that so many Casablancans today remain unaware of. 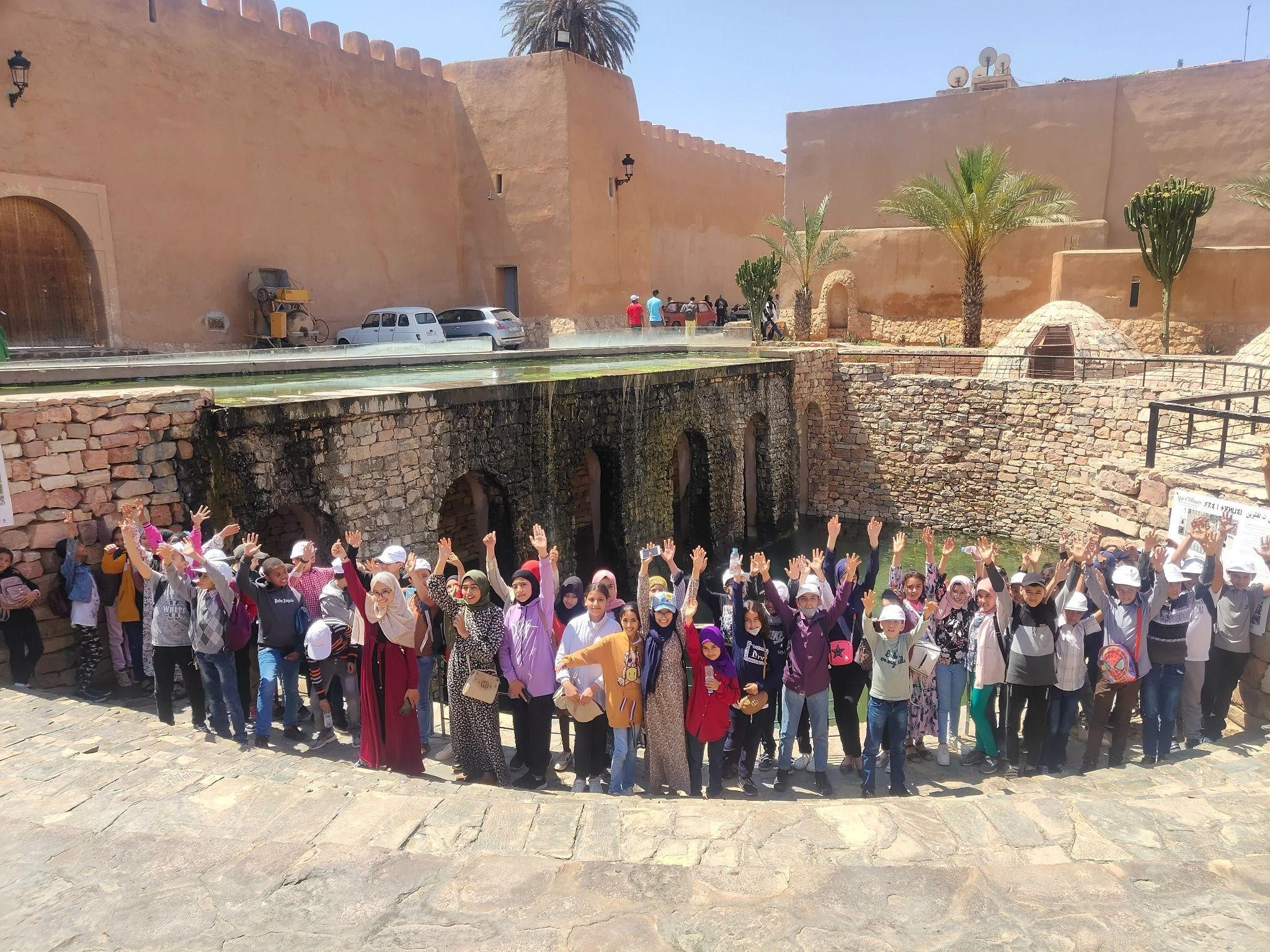 Heritage Education at an Elementary School