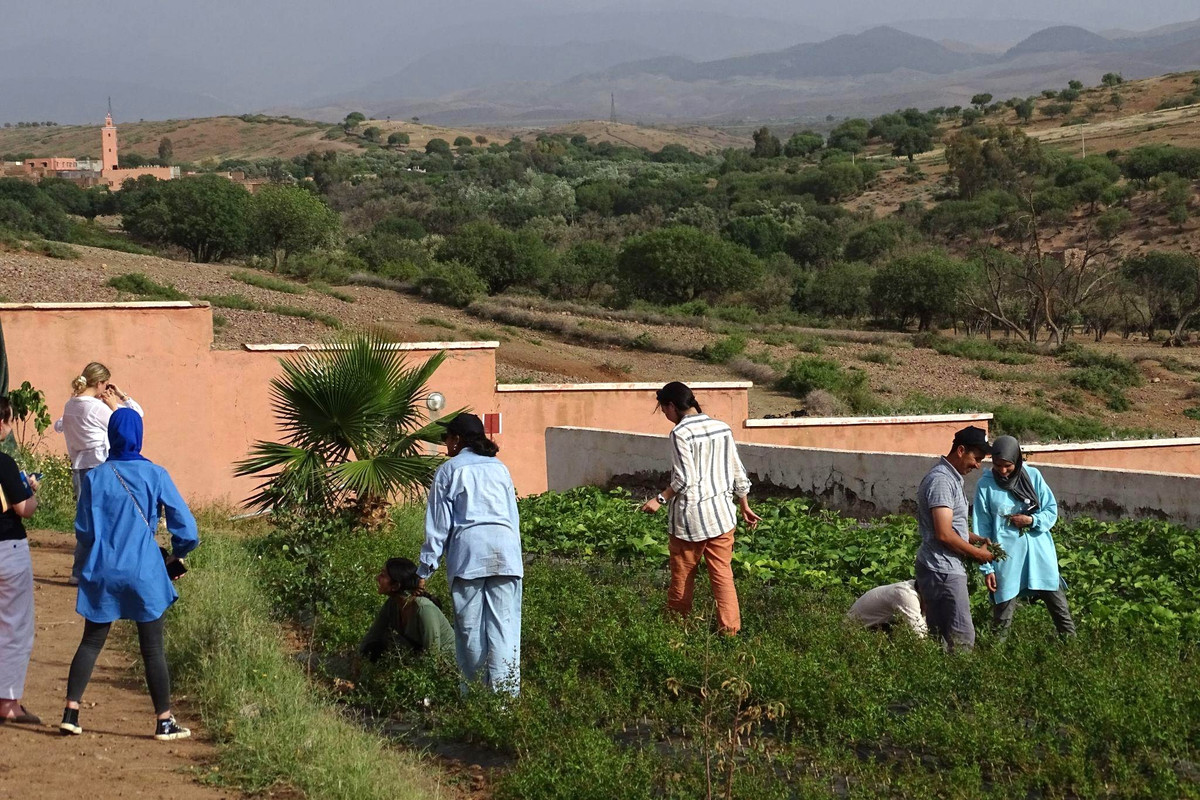 Friday is the Islamic sabbath, and typically it is a day for attending the weekly sermon at the mosque and spending the afternoon with family. However, Abderrahim Beddah, caretaker of the nursery and cemetery at Akrich, graciously greeted a group of students from the United States, France, and Slovenia on his day off to give them a tour of the facilities, answer their questions, and share delicious Moroccan mint tea and desserts with them.

The students learned of the long history of the cemetery and visited the tomb of Rabbi Raphael HaCohen there and the graves that have appeared around it. The trees that grow in and around the cemetery and on the adjoining land are planted with the support of the High Atlas Foundation and its partners through the generous loan of the land by the Moroccan Jewish community for the purpose of supporting local farming families. Bird songs can be heard amidst the fig, olive, pomegranate, carob, rosemary, and other species thriving in this peaceful setting. The sounds of sheep grazing in the nearby field accompanied the conversation between the students, Mr. Beddah, and other HAF team members.

Emerging from the cool, blue-walled tomb of Rabbi HaCohen, the visitors were treated to refreshments in another outbuilding, sitting at a long table covered with handwoven cloth of distinctive Moroccan design, enjoying a plate of various halwa (traditional cookies) while Mr. Beddah poured glasses of sweet mint tea. Taking time for rest from the high heat of the day, the group discussed the process and progress of tree growth at this site and the relationship between the community nursery and the local commune. With this year’s severe drought, farmers have been reluctant to purchase and plant fruit trees that will likely die because, we learned, irrigation is not enough for some species to survive. There must be rain.

In the shadow of the distant mosque, among the tombs of the Jewish people who used to populate the area, this man explained how the honor of caring for the cemetery fell to him from his father and his father before him. Following the afternoon snack, the students were inspired to walk out among the rows of plantings and assist their host with weeding, a grueling but necessary task under the strong Moroccan sun. As they bid farewell to Mr. Beddah, he smiled and waved at them and then at his young daughter waiting shyly at the cemetery gate. It was time to be with his family and leave the plants for tomorrow. 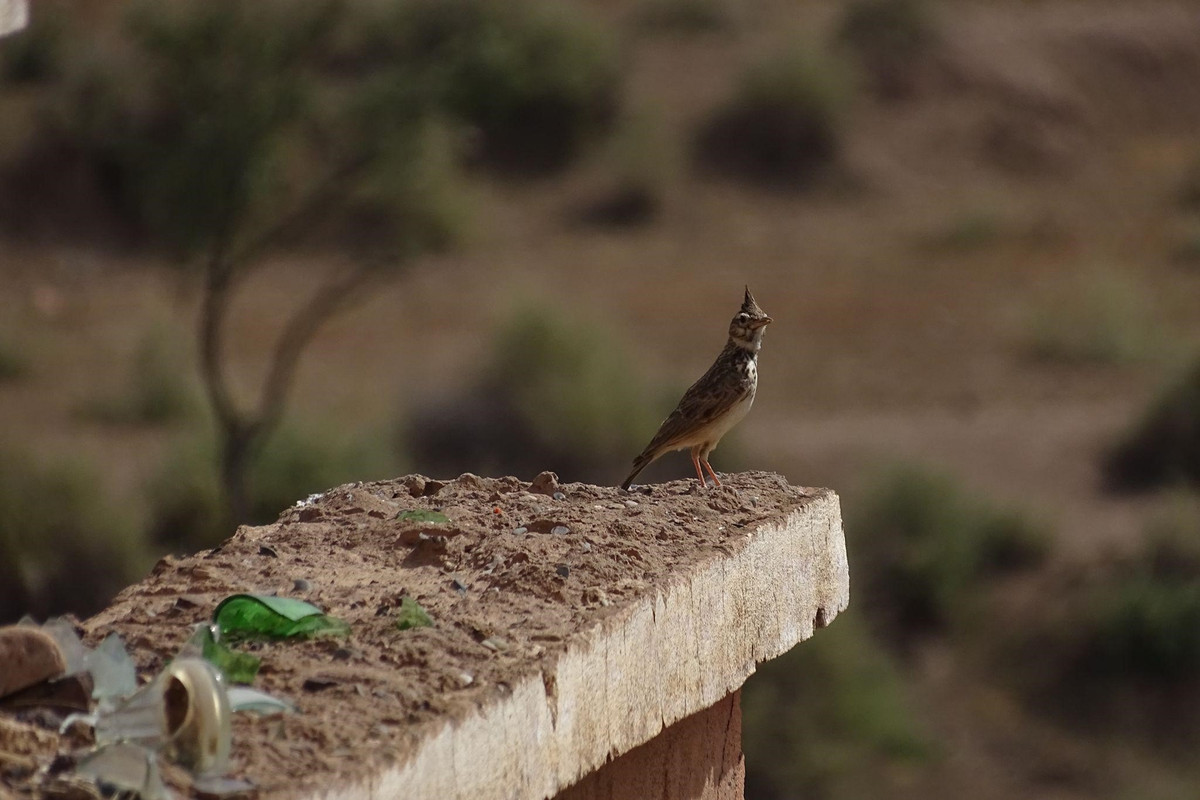 A bird rests on the wall of the nursery in the late afternoon. Photo: Ellen Hernandez/HAF

Ellen Hernandez is a U.S. English professor currently living and working in Morocco for the High Atlas Foundation.