What does it look like when the local approach to achieving sustainable development projects guides not just how we govern, but is also strategically implemented by candidates to help them campaign and secure elected office?

First, let us consider which processes are most effective in advancing community initiatives that meet both socio-economic and environmental needs. From this vantage point, we can see how participatory development procedures translate into broad-based political movements.

Public participation in community programs and projects is the factor that most determines whether development-interventions successfully achieve their objectives. Sustainability requires local control in both the determination of priorities – regarding education, health, or the economy – as well as in management and evaluation of development projects.

By facilitating inclusive dialogue and planning, participatory development provides the basis for community-based and institutional relationships and the win-win cross-sectoral partnerships they form to achieve common goals.  Critically, these projects are defined by the people (down to their budgets) in rural and small towns and cities, and designed to further their individual and shared interests.

A benefit of this process that can be especially harnessed in electoral politics is this: community-driven projects generate trust among beneficiaries, and between them and the individuals and agencies who helped turn their expressed ideas into improved life conditions.  That goodwill and commitment is social capital that can launch political action and candidates.

The awesome challenge, however, is to organize across geographic spaces these open and local discussions regarding the needs of the community, and the implementation of solutions.  To achieve this requires tremendous energy on the part of a dedicated political candidate.  It requires communities that invite engagement and are willing to listen to and share different ideas. To catalyze participatory action, it requires experientially trained local facilitators of community planning.

How would this unfold in a political campaign?  First, a political party or candidate would organize a series of meetings that involve local people assessing their needs, prioritizing their problems and opportunities, and implementing their plans of action.  Political campaigning is then a process by which the people of a given jurisdiction meet, discuss, argue, reconcile, achieve consensus, and embark on a development path forward to meet their human needs.

In essence, the platform of one’s candidacy for public office becomes the genuine article of bottom-up politics and change, embodying the development projects of the people themselves. A candidate, able to catalyze participatory interaction across a municipality or state, will not only be in an excellent position to govern if elected, but the candidate will most likely be elected because the platform is a direct outgrowth of what the people have prioritized for themselves and their communities.

Candidates and their campaigns will forge collaborative bonds in the process of assisting communities in generating the data derived from local discussion, so they may then decide and act immediately on what they most want.  This also leads to candidates gaining deep knowledge and insight into the issues of the people and the performances of existing social programs.

Indeed, campaigning this way in itself enables people to have a clear understanding of the kind of democratic governing to which the candidate is dedicated.  A promise to rebuild infrastructure, retool dislocated workers, improve our schools, and heal drug addiction will no longer be just words, but a commitment that has emerged from hands-on experience regarding how improving society actually takes place, and the critical role that local empowerment has in such a process.

In fact, running for elected office in a manner informed by the concepts of participatory development and sustainability is a no-lose proposition.  The results of the campaign itself will be numerous, viable, and may ultimately serve as essential proposals for local projects that can then become a bill of legislation before a state assembly, or a national congress or parliament.  Win or lose, good shall be done – the campaign shall not be in vain due to this tangible accomplishment.

Juxtaposing this political strategy against the two dominant parties in the United States, it resonates with the core ideals of both the Democratic and Republican platforms.  When people participate in and control the social initiatives that impact their very lives, it is true an expression of federalism or state (sub-national) empowerment.  It promotes a decentralized system of managing affairs, it champions municipal and provincial or state levels of decision-making, and builds local capacities to create the change that people seek.  At its founding and still today, engendering local control is a primary value of the Republican Party.

The Democratic Party would find its identity embodied in this strategy, because of its inclusive nature, which embraces young and old, women and men, the marginalized, the disabled, the less heard, indeed every person who abides in a locale.  Furthermore, this approach inherently acknowledges that poverty, inadequate education and health care, etc. are not predominantly caused by the people who endure these trials.  Rather, social problems that afflict our lives are rooted in matters of history, geography, decisions of previous generations, decisions made in distant places, our treatment of gender and ethnicity, circumstances of birth, and inadequate human services.

Indeed, alternative politics driven by the tenets of sustainability is a fulfillment of outlooks of both the left and right.  It does not compromise the individual for the sake of the community, and vice versa, but rather simultaneously enhances both.  Participatory renewal diminishes the separation between campaigning and governing, by way of the electoral process being a series of community actions that would unfold if the candidate or party were in the position of governance.

Most essentially, people need to be heard, needs are dire, stratifications within society and between societies are alarming, and campaign promises often ring hollow. When a bill for funding the projects of the people is a certain outcome of electoral campaigns themselves, then no words are necessary to accept on faith.  But in fact, the actions that constitute a campaign for public office become much less distinguishable from those that characterize governing after victory.

Dr. Yossef Ben-Meir is a sociologist and president of the nonprofit organization, the High Atlas Foundation. 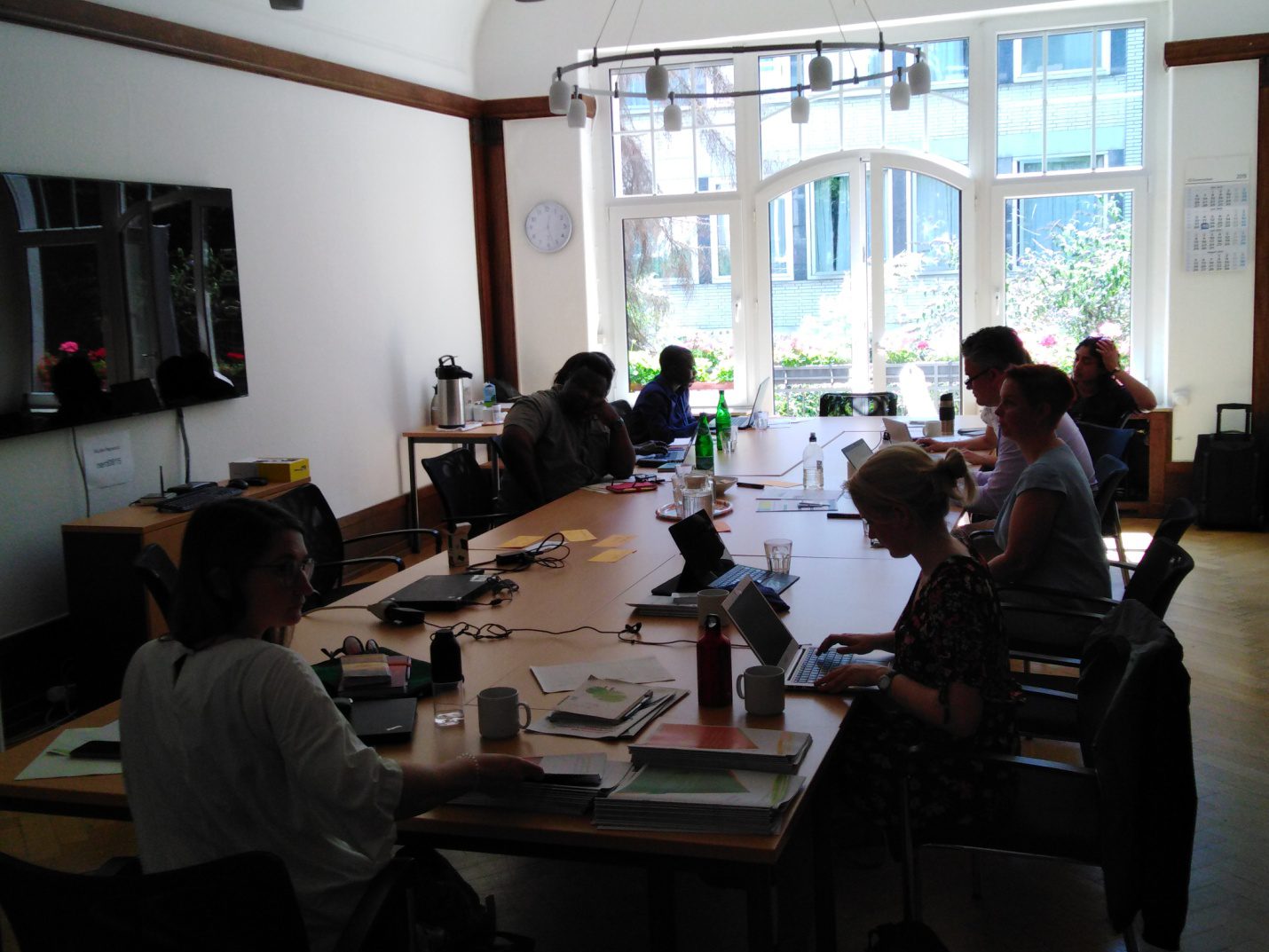 By Kerstin Opfer, HAF volunteer "Morocco is a country that reveals its essence only to those who take the time to draw water and to pour a pot…