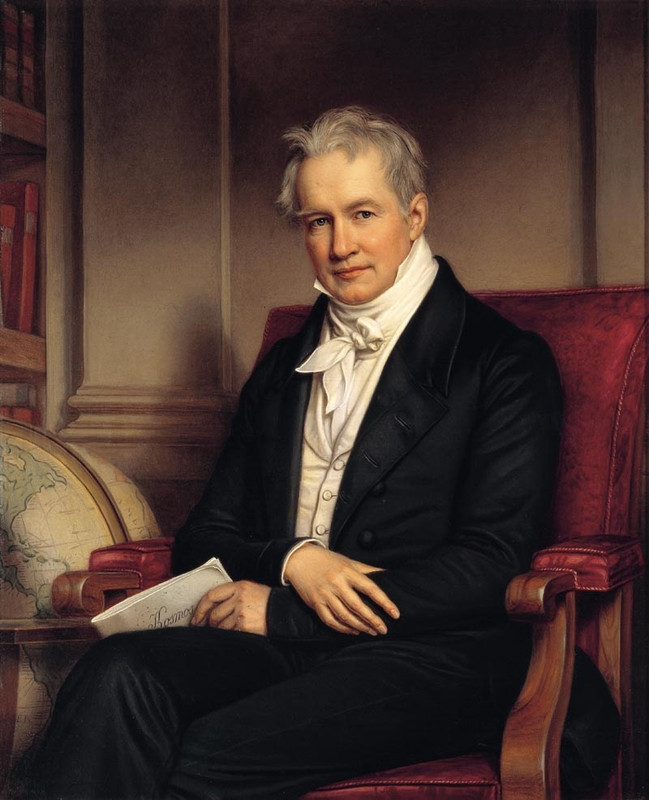 On September 22nd, 2021, the University of Connecticut Office of Global Affairs and the German Consulate General Boston presented a discussion on Alexander Humboldt and his relationship to colonialism, imperialism, slavery, the lives of indigenous Latin Americans, and American abolition. Humboldt was born in 1769 in Berlin, Germany, during the era of colonialism and expansion as well as enlightenment. Belonging to a wealthy family closely linked to the Russian court, he spent the majority of his childhood residing at his family’s estate; as a child, he was fascinated by the prospect of exploration in the exotic “New World.” At the age of thirty, he embarked on an expedition to Latin America with the permission of the Spanish Crown, aiming to advance the study of science and nature. Upon arrival, Humboldt encountered slavery within the colonies for the first time and was abhorred by the inhumane and merciless treatment of indigenous Latin Americans by the Spaniards.

Influenced heavily by the ideas of the enlightenment, Humboldt documented his first impressions of Latin America in his diaries. Here, he fervently condemned the institution of colonialism, delineating colonial governments as inequitable, untrustworthy, and despicable for their treatment of indigenous persons. Furthermore, he cited a universal “uneasiness” that could be perceived in the colonies, proclaiming that Europeans should feel great shame for their treatment of indigenous peoples on the islands. Ultimately, Humboldt pronounced slavery as “the greatest evil that ever afflicted humanity,” dispelled false notions of European superiority, and firmly believed that all races are equally destined for freedom.

Despite such ardent beliefs, Humboldt was not known to vocalize grievances against the Spanish Empire and its encroachment on Latin American land. In fact, he did not consider himself an abolitionist, but rather a man of scientific discovery and innovation. Yet, despite his public suppression of his anti-colonialist views, the remarks in his diaries served as inspiration for American abolitionists and advocates of free-soil politics in the mid-1800s.

It was not until controversy regarding his book, “The Island of Cuba,” that Humboldt began to directly engage in U.S. anti-slavery politics. In this dialogue, he called the U.S. “savage” for attempting to establish slavery in Texas, a newly-acquired territory. Furthermore, he praised the attempts to abolish slavery in Latin American after achieving independence. Controversy arose when a pro-slavery writer removed all of Humboldt’s criticism of slavery and colonialism when translating the book into English to support his own political agenda.

Only as a result of correcting this grave injustice to his work did Humboldt become involved in the U.S. abolitionist movement. Therefore, although hedid not intend on involving himself in the abolition of slavery in America, he became a very integral figure during the time. For instance, abolitionists often quoted his remarks on the unity of mankind against the pseudoscience of race and took inspiration from the European enlightenment movement just as Humboldt did. One of his most salient quotes states:

“While we maintain the unity of the human species, we at the same time repel the depressing assumption of superior and inferior races of men. There are nations more susceptible to cultivation, more highly civilized, more ennobled by mental cultivation than others—but none in themselves nobler than others.”—Cosmos: A Sketch of a Physical Description of the Universe: Part One, 1858

In conclusion, Alexander von Humboldt, although not a self-proclaimed abolitionist, significantly impacted the rhetoric of mid-19th century abolitionists and anti-slavery advocates in the United States. Through his voyage to Latin America, he not only discerned the grave injustice caused by the callous institution of slavery, but he developed assertions condemning colonial governments. Ultimately, Humboldt’s ideals, inspired by conceptions of universal human rights and the enlightenment, served as inspiration for the first abolitionist movement in the United States, and continue to inspire human rights activists today.

The High Atlas Foundation (HAF), is a Moroccan association and a U.S. 501(c)(3) nonprofit organization founded in 2000 by former Peace Corps Volunteers committed to furthering sustainable development. Such development activities are a result of this same humanistic belief system inspired by Humboldt. In that vein, HAF supports Moroccan communities to take action in implementing human development initiatives, including organic agriculture, women’s empowerment, youth development, education, and health. HAF is dedicated to local initiatives that community beneficiaries determine and manage in alignment with Humboldt’s belief that all humans are destined for freedom and that this freedom can be secured through conscientious development initiatives. The Challenging Yet Beneficial Relationship between Human Rights and Development

Abigail Hall HAF-UVA Intern Although the intersection between human rights and development is clear, the two are often approached separately and have therefore evolved into two separate categories.…