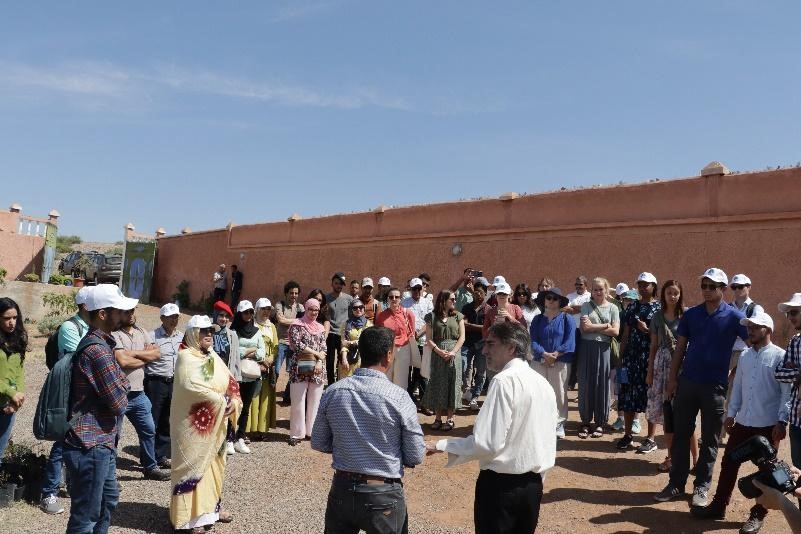 Undoubtedly, the significance of this title suggests that the Jewish cemetery in Akrich, the community of Tameslouht, Al Haouz province, is not a dead and unchanging place that contains the graves of Moroccan Jews who died 700 years ago. Rather, it is the opposite, as it is a historical place that breathes development and carries within its walls and between its graves a long history of the Jewish community that settled in the place alongside the Imazighen who inhabited the region, marked by the cultural, religious, social and economic coexistence that had brought them together for many years.

Where this fraternal cultural climate still applies in this region, the Jewish community provided an area of the cemetery’s land to establish a fruit tree nursery in partnership with the High Atlas Foundation in 2012 within the framework of the “Houses of Life” initiative for the local population to benefit from the trees produced inside the cemetery. These contribute to achieving sustainable development for farmers, preserving the region’s climate and restoring balance to the carbon cycle by planting trees with local communities. More than 200,000 fruitful trees have been produced since 2012 and have been planted in many areas in Al Haouz Province.

As part of the training meeting that brought together the tree planting team at the High Atlas Foundation and the students of the University of Virginia on May 25, 2022, a field visit was made to the Akrich nursery to the types of trees that are produced inside it, as well as a visit to the 700-year-old tomb of Rabbi Raphael Cohen, a Jewish saint.

Everyone participated in a training workshop on identity through different cultural, religious, and intellectual groups, and this created an atmosphere of communication and exchange among the participants. The identity was recognized as what distinguishes one person from another in terms of culture and the nature of upbringing, given that man is the son of his environment. Despite the differences that exist between cultures religiously, socially, and linguistically, human identity and the ethics of accepting the other are among the priorities that man must be aware of and defend for the sake of peaceful coexistence among all peoples of the world. 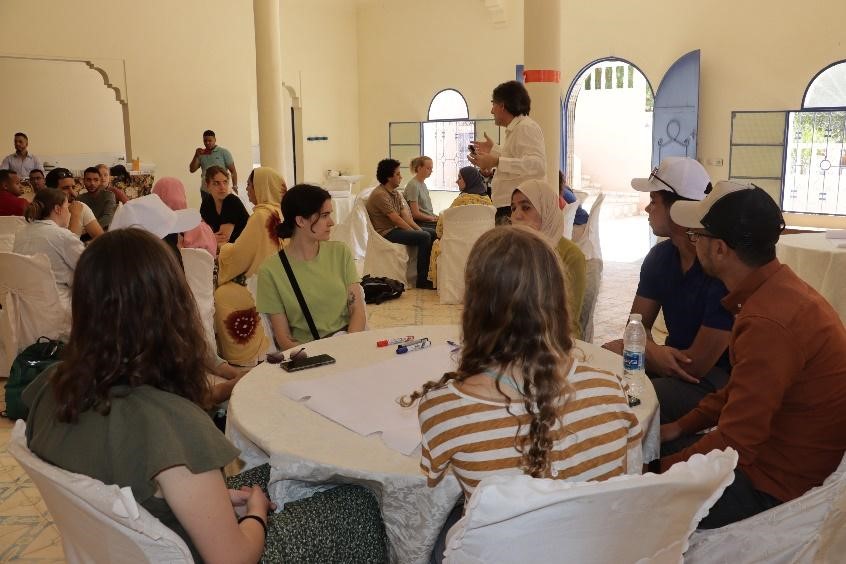 This workshop on identity was a workshop to spread the culture of living together to confront all the phenomena that negatively affect the human being, both religious conflicts that lead to the loss of lives of many people in the world and the phenomena of climate change, which cannot exclude anyone, regardless of their religious background.

Identity is a different concept outwardly, but it is one inwardly, governed by the logic of humanity, peaceful coexistence, and cultural exchange. Respecting the difference between people is the beginning of identity and the beginning of human civilization.

This is what was firmly established in the old days between Moroccan Muslims and Moroccan Jews who created a social atmosphere of respect, brotherhood, and decent living.

After completing this workshop, the participants went to visit the Ashbaru Women’s Cooperative for handicrafts in the Ashbaru Roundabout, the area in which the Jews lived in the past. During this visit, the visitors were introduced to the cooperative’s products and gained information about the method of making traditional carpets and the natural colors that are produced from a group of natural herbs.

The training trip continued with a return to Akrich and a meal to complete the training and exchange information and ideas between the tree monitoring and distribution team and the students of the University of Virginia. The Akvo application, which is used by the tree monitoring team, was presented to determine the areas of HAF’s tree planting in all the regions of the Kingdom of Morocco, as well as learning how to work and correctly enter the monitoring data. The team also shared information about the strategy of communicating with farmers and correctly monitoring trees.

In summary, this day was a historical training workshop through which the participants learned about the history of peaceful coexistence and cultural harmony between the Jewish community that settled in the region and the local population more than 700 years ago. The Akrich nursery was also identified, which contributes to development through the production and distribution of various fruit trees to
farmers in the Al Haouz région. 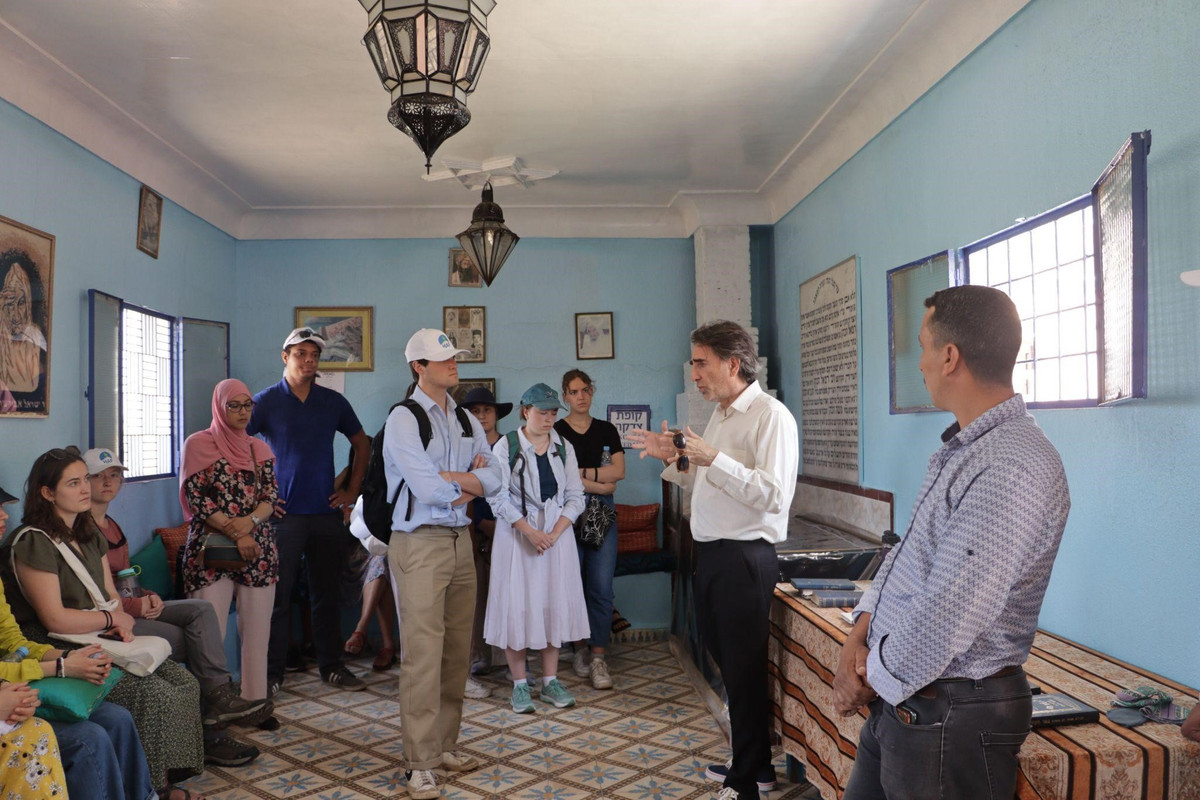 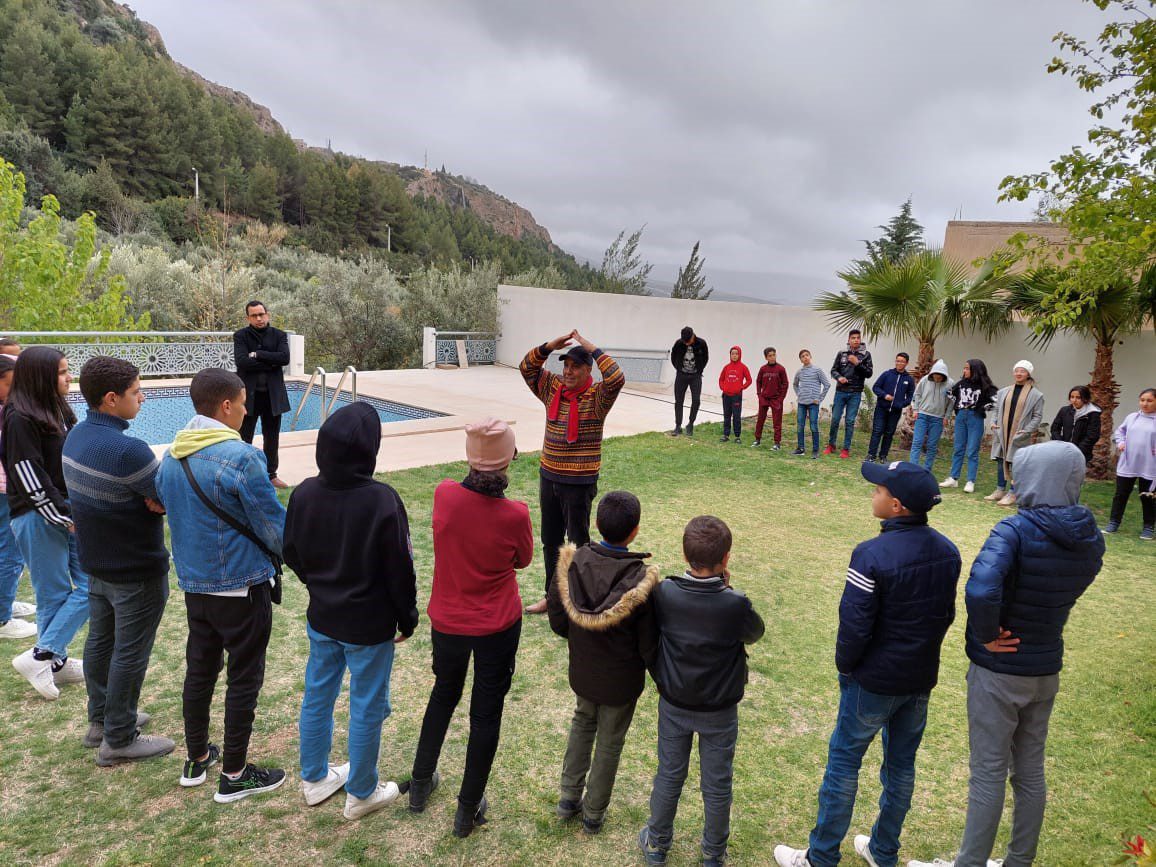 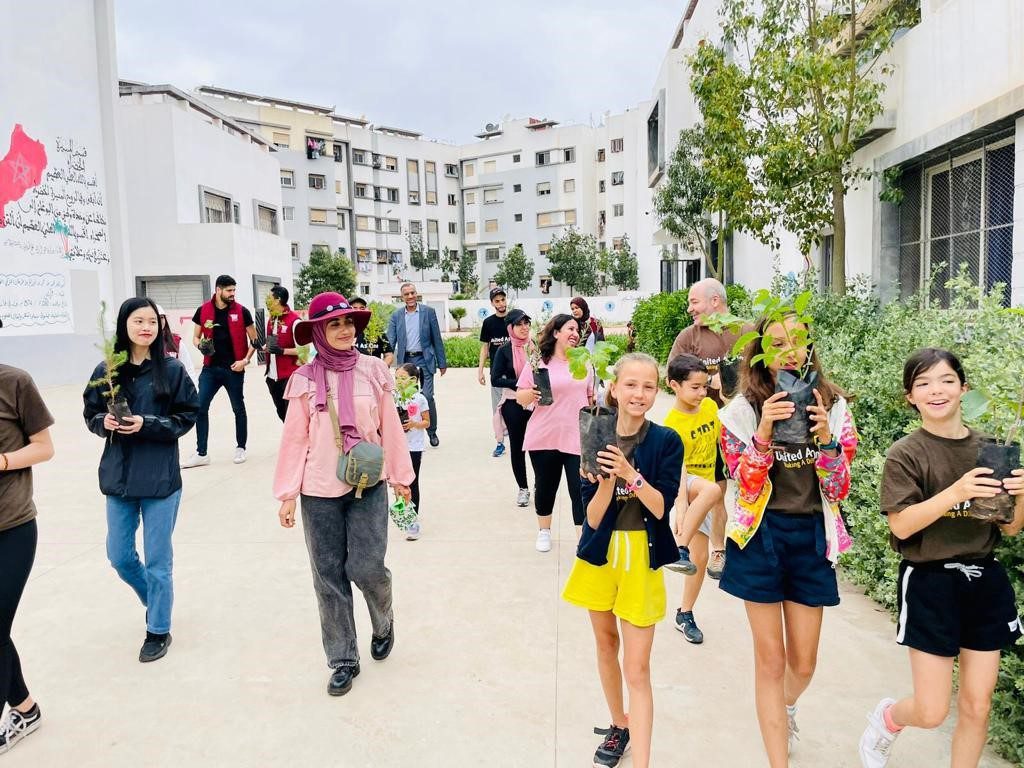