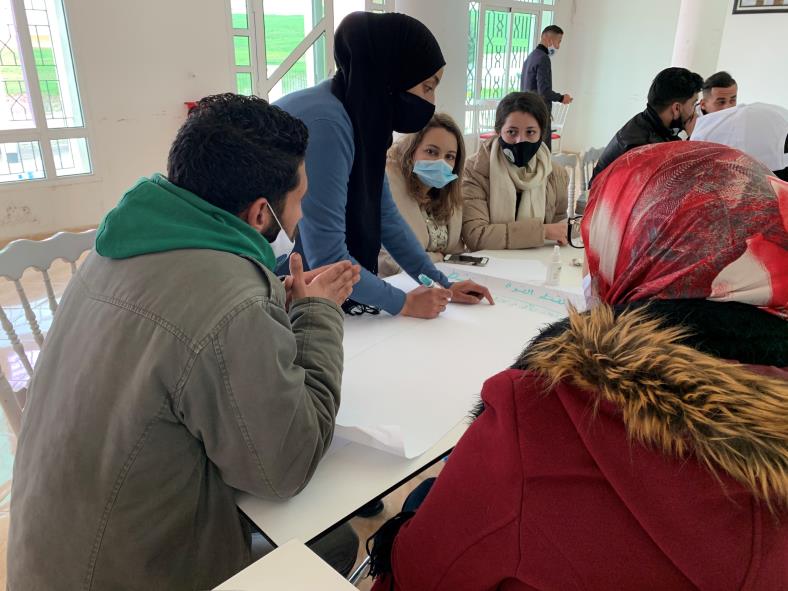 Article 26 of the Universal Declaration of Human Rights upholds education as a right to which every individual is entitled. The opportunity to attend an institute of higher learning and improve one’s position in society, however, is available only to those who can afford it.

In most nations, the cost of education is unconscionably high. In the United States, the average cost of attendance at a university is $35,720, which stands in stark contrast to the $6,750 per year salary that public school teachers in Morocco make.

Students who can afford to attend university have an obligation that extends beyond themselves: their duties as students should not be to exclusively improve their own social standing and maximize the money they make. Instead, their focus should be one of service. In their academic undertakings, they should seek to do more than write lofty thesis statements and present abstract principles. Instead, they should use their education to serve others, giving its usefulness a much wider scope.

Academia should not and cannot exist solely within its own realm; it must respond to the world it observes. Knowledge for the sake of knowledge is not useful. To be blunt, it is a fruitless endeavor to write papers about social ills without trying to solve them.

Just as in development work, the impact of academic work should be tangible and measurable. Development organizations can appear to set out with noble goals that sound laudable on paper, but the organizations fail to execute their plans. It is easy to veil failed implementation efforts by claiming that the results are impossible to observe concretely, but this is often not the case.

While women’s empowerment, for example, sounds like an abstract concept that might be difficult to measure, the degree to which women are more empowered is demonstrable in literacy rates, women’s role in the economy, and family planning strategies. A paper on women’s empowerment that is full of feminist theories and purely hypothetical considerations is not as effectual in achieving social progress as one that points readers toward the application of theory to reality and needs.

One solution to this problem of theory vs. practicality is the wide-scale implementation of service-learning: an educational approach wherein students learn theories in the classroom and, at the same time, volunteer with an agency and engage in reflection activities to deepen their understanding of what is being taught. As stated in Multidisciplinary Perspectives on Higher Education for the Public Good: “At its best, higher education provides graduates with the ability and motivation to collaborate with others to improve their local schools, break bread with their refugee neighbor, resolve racial conflict in the community, and create economically and environmentally sustainable communities.” David Weerts believes that, ultimately, higher education for the public good may best be defined and measured by the “collective ability of postsecondary institutions to respond to key public agendas: improving economies, contributing to improved health and quality of life, and promoting the ideals of citizenship and democracy.”

The best hope we have for progress in this world is through collaboration in every area of life. A collaborative approach that involves interaction between those writing papers and those with local knowledge and lived experience on the ground will be infinitely more successful than one in which those spheres remain separate. Participatory development allows community beneficiaries to occupy a central position in creating solutions to the everyday problems they experience. This makes perfect sense: those with local knowledge understand what will prove most effective and what issues should be prioritized in the development of the nation.

Just as the High Atlas Foundation (HAF) employs a participatory approach in which the public and private sectors work together, university students who set out to write papers should consult with and be aware of the realities of the subjects of their writing. HAF President Dr. Yossef Ben-Meir argues that right now, “there is generally inadequate coordination among ministries to achieve the synergies of these national initiatives, and a lack of popular understanding and the needed skills in order to translate them into reality.” Partnerships among NGOs, business, and governments — local and national — generate solutions that cannot be achieved by any of these entities on their own.

British economist Kate Raworth has located this issue of academic isolation from the “real world” and has developed a solution. She calls it doughnut economics. The theory is based upon an economic model visually shaped like a donut, with an outer disc representing the ecological ceiling and the center hole representing the proportion of people that lack access to life’s essentials. It is meant to serve as a compass, directing human progress for the 21st century “to ensure that no one falls short on life’s essentials (from food and housing to healthcare and political voice), while ensuring that collectively we do not overextend our pressure on Earth’s life-supporting systems, on which we fundamentally depend – such as a stable climate, fertile soils, and a protective ozone layer,” says Raworth. 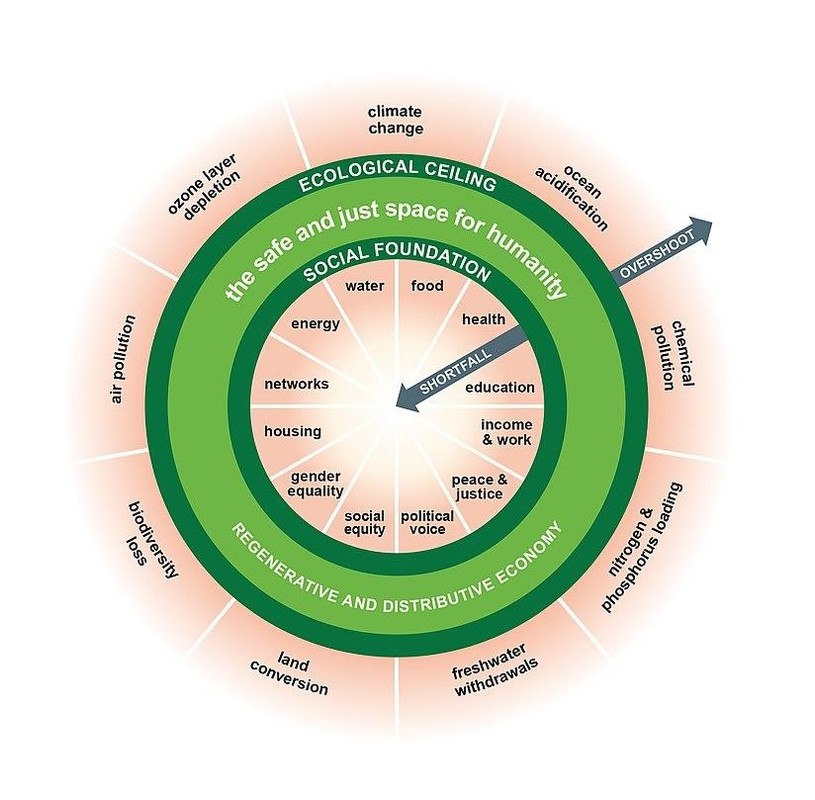 In her novel on the theory, Raworth writes about her time as an economics student, and her systemic lack of confrontation with real world issues and the need to problem-solve. She writes about an essay prompt she received two years into her tenure as an economics student that asked about the best way of assessing success in development. “Two years into my economic education and the question of purpose had arrived for the first time. Worse, I hadn’t even realized that it had been missing.”

Students in the 21st century are entering a world devastated by climate change and steeped with systemic social inequalities. A study of economics that responds to those realities is desperately needed. This theory identifies the issue of an economics education devoid of attention to the real world and presents a solution that should serve as a model for those of us seeking to use our education and tools for the public good.

In vain, we write papers that will never be seen by individuals other than the student and teacher. All of these projects, papers, and presentations are trapped inside a bubble, in a realm out of reach for those they are meant to help. Diagnosing problems is an essential task; however, we must also seek to develop solutions because identifying the problem is not enough. We must apply the knowledge we access to the world in which we live, striving to improve it for its inhabitants.

As a Jefferson Scholar at the University of Virginia, I am privileged to receive a free education and will not have to worry about the burden of student loan debt that weighs so heavily on so many young people today. The alleviation of this would-be financial and emotional burden frees me to dedicate my energy to service. It allows me to capitalize on my top-tier education to help those who I can help as I embark on a lifelong journey to perpetually learn from and alongside those I intend to serve. The cancellation of student loan debt would make working for the public good a possibility for many more students, enabling them to engage to a greater degree in mutually beneficial community service experiences.

A plan to solve problems includes the following steps: a) expand the reach of service-learning, b) teach subjects like politics and economics to respond to the reality in which we live and identify solutions for the crises we face, and c) advocate for the alleviation of student loan debt. Clearly, these goals cannot be met by one solitary entity; they require collaboration among universities, government agencies, and non-profit organizations, and the onus is on students themselves to serve. Together, we can progress. Alone and in isolation, we remain static. Education: the Key to Unlock the Door to Freedom

Education: the Key to Unlock the Door to Freedom, Modern Ghana. by Professor Ellen Hernandez On Saturday, June 19, 2021, Americans officially recognized “Juneteenth” as a national holiday.…