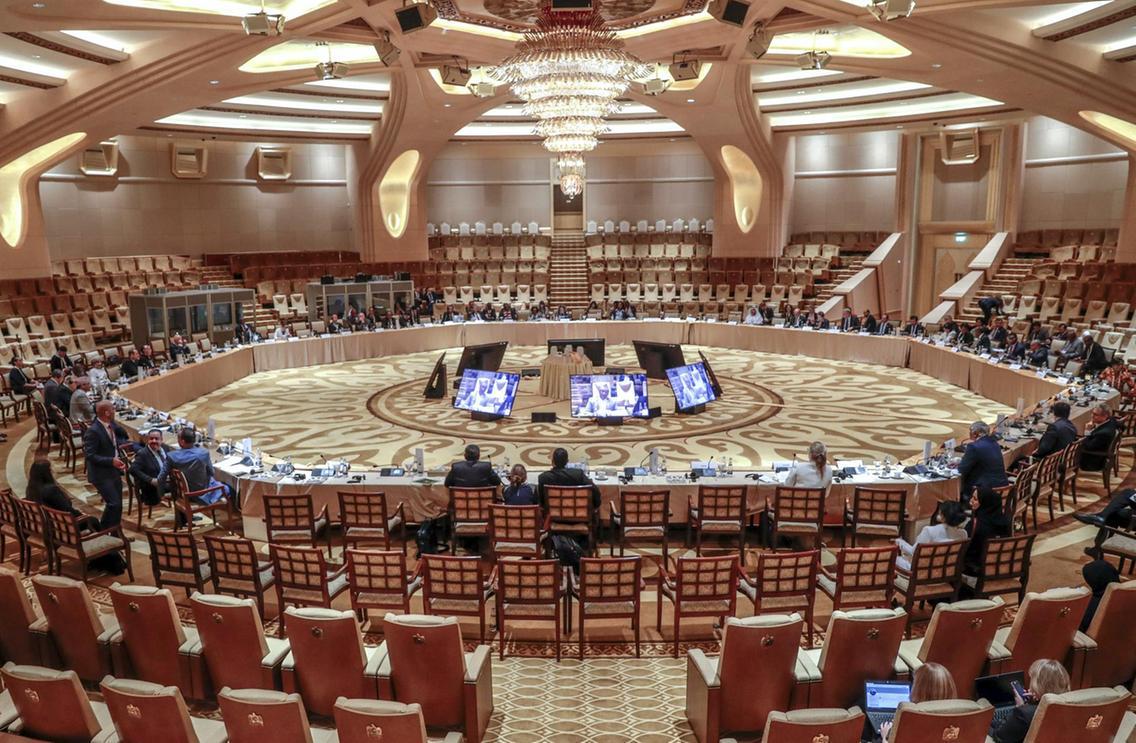 “The world is facing a grave climate emergency – disruption is happening now and faster than top scientists predict,” The UN Secretary-General, Mr. Guterres also made an impassioned call for greater support to help develop the green economy.

Abu Dhabi hosted the Climate Meeting on June 30th and July 1st, which is the preparatory meeting to the UN Climate Action Summit, that is taking a place in New York this September.

The Abu Dhabi Climate Meeting aimed to underline the critical dangers posed by the threat of global warming and form the agenda for an emergency UN summit this September in New York. 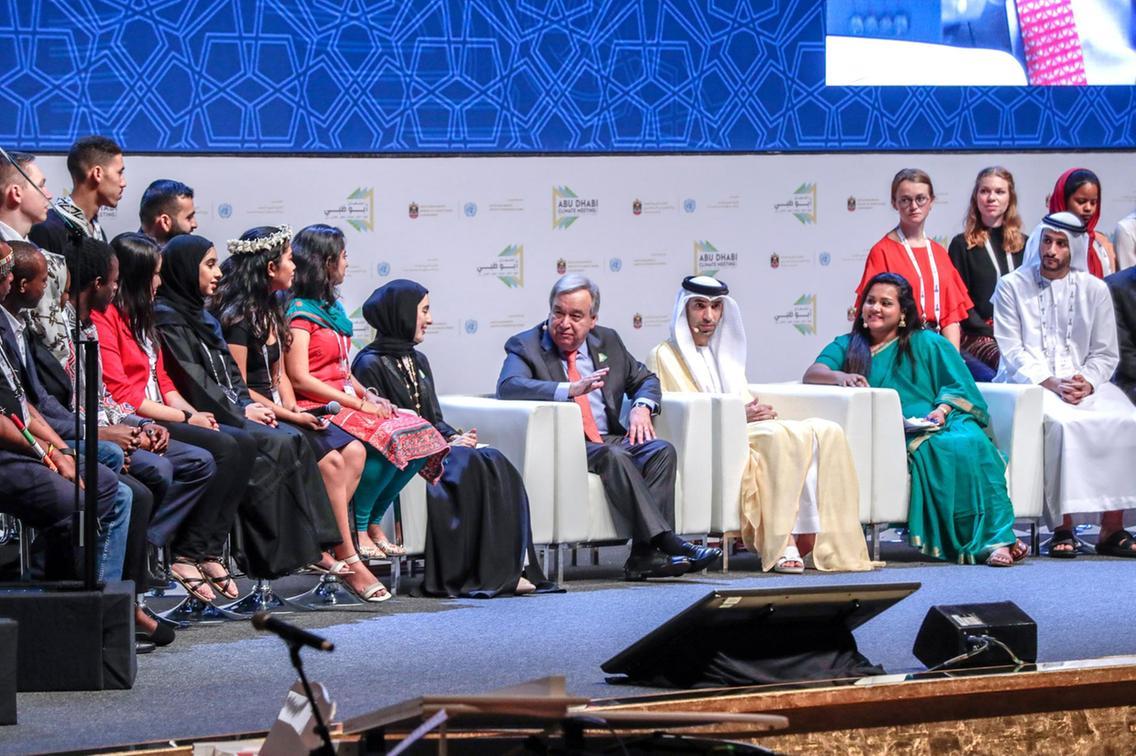 But what actually happened and what ‘s coming ahead?

The conference was not a parley or deal-making exercise. Those attending outlined what was possible to reduce emissions in different domains such as energy, transport and industry. Delegates spoke passionately about the challenges of financing the battle against climate change, particularly in helping developing countries to lessen its effects.

The UN intends to have $100 billion a year, contributed by public and private sources by 2020, to fund the fight in developing countries. The event heard calls for more penalties on pollution, shifting taxes from salaries to carbon and phasing out coal-fired power plants within a few years.

The event aimed to increase efforts to implement the 2015 Paris climate accord and fight these worrying trends, which was agreed to in 2015 and now signed by 195 countries including Morocco, the objective of the Paris agreement is to limit global average temperature increase to 1.5°C above pre-industrial levels. But experts in Abu Dhabi again warned that within a decade the world faces increases of more than 1.5°C if countries fail to act.
The conference also heard it was crucial to harness youth leaders in the drive to convince a sceptical older generation about climate change. Shamma Al Mazrui, the UAE’s Minister of State for Youth Affairs and the Secretary General’s Envoy on Youth, Jayathma Wickramanayake, spoke on how the world’s youngsters were leading the green energy movement. In response, Mr Guterres called on the world’s youth to lead the change.

I’m personally so delighted to represent the Moroccan youth in this great preparatory base of the Climate Change summit in New York – September 2019, nominated by the High Atlas Foundation (HAF) where I work as a project manager of an environmental and youth initiatives, as well as by United Nations Development Programme (UNDP), a HAF partner in Morocco. HAF has had Consultative Status at the U.N.’s Economic and Social Council since 2011.
My participation amongst more 30 brilliant youth people from different countries in the world was a very important  opportunity to meet the the UN Secretary-General Mr. António Guterres, and pass the message of all the active Moroccan youth regarding the work of raising the ambition through several programs, and our strong desire to reach out the 2020 climate goals, following our kingdom Morocco’s vision, as it ranked one of the countries that wonderfully focuses on the climate change dialogue, based on the youth engagement in building multiple environmental project proposals.

It was really good to talk to H.E Dr.Thani Al Zeyoudi, the UAE’s Minister of Climate Change and Environment, about the green energy parks in Morocco that stands next to the same ones in the UAE and sharing expertises, as well as the essential role of expanding the culture of tree planting, in order to reduce the Carbon. And here the HAF is playing a big role regarding this point, by planting millions organic fruit trees with farmers, women and youth, to be reflected into both main positive sides: 1- Reducing the carbon and spread the sense of tree planting activities amongst all the community members. 2- Creating job opportunities and ensure a revenue source for thousands farming families in rural areas of Morocco.

This event also allowed me to meet H.E Nezha El Ouafi the State Secretary to the Minister of Energy, Mines and Sustainable Development in Morocco, to whom I expressed our initiatives and environmental activities with more than 560 schools in different regions of Morocco, through building school infrastructure to raise the female student number.

I’m very grateful to the HAF, UNDP and the UAE government for giving me this such a priceless opportunity and big gathering like the Abu Dhabi Climate Change Meeting, which taught me how to able to bravely face and speak up, and to ask for change! We badly need to start now and stop the negative progress of climate change, which clearly will be affecting our next generations if we do not move forward, as well as to follow up and evaluate every single NDC (Nationally Determined Contribution), also to raise ambitions toward one goal “Fight the climate change challenges”. 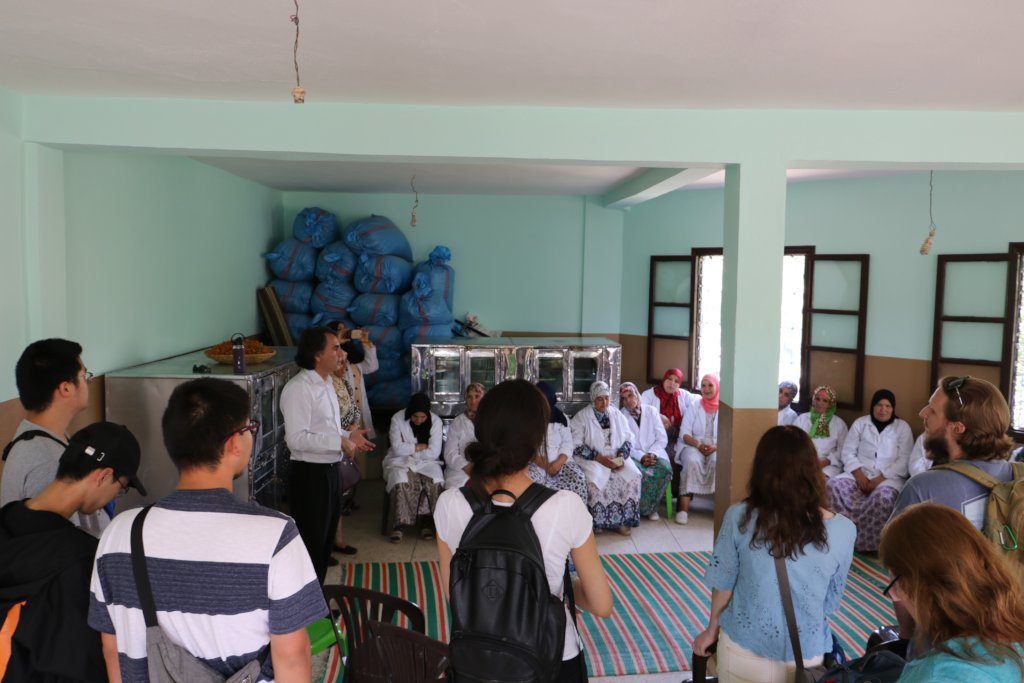 Camelia Harkousse HAF Intern On Monday July 1st, a group of students who are on a conflict resolution and peace-building class at George Mason University (GMU) and their… Agricultural Literacy: A Solution to Youth Idleness and Unemployment