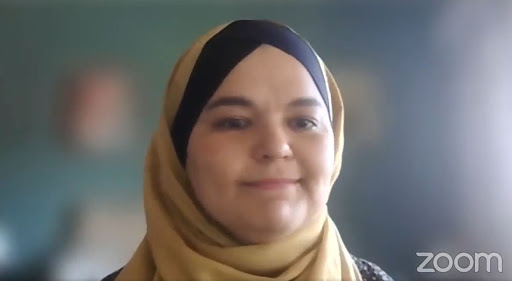 When I think about my conversations with members of the High Atlas Foundation, I realize there are a list of challenges in Morocco’s development. Morocco has untapped potential. There is a plethora of smart, educated people who are willing to work yet are overlooked. Women across Morocco, unfortunately, fall into this category. Luckily for Nora Fitzgerald Belahcen, she had the resilience to overcome gender inequality and pursue her dream of opening Amal, while helping to build an empire of women who can one day do the same. I write of Nora’s story in hopeful spirits that her determination and passion will inspire other women to follow.

Nora was born in Salé, near Rabat, with parents who were drawn to Morocco for a less materialistic life that was more spiritual and meaningful. Her family moved to California to become teachers when she was a young girl. It was there that she gained her independent spirit by going to the grocery store by herself at age three. Nora moved back to Morocco at a still  young age, but this time to Marrakech. She describes it as a sleepy town in the time before large-scale development, a place where you would frequently meet people you knew because it was that small.

So, why Nora? How did she become a successful, powerful business woman, and why have others not done the same? Nora is what you would call an “empath”—someone who finds it worse to see someone else in trouble than herself. She does not like the sense of powerlessness and wants to make things right for people no matter how much she knows them. However, she never imagined herself in a life of service. It happened much later, just happenstance, and nothing in her life had prepared her for it. She traces it back to a moment, at the age of 26, when a beggar on the streets once said to her, “Every day has a provision from God.” How is there a world we created where homelessness is the reality? How can we all participate in this world? Nora did not have a choice; she felt she had witnessed human pain and suffering in a way for which she couldn’t look away.

Changing people’s lives for the better is about immediate action and perseverance. Nora began to write emails to friends and families in search of support. Over time, she became involved with helping more women. For about five to six years, she collected direct donations and conducted informal fundraising. She became exhausted and emotionally drained. What was going to happen the minute the donations ceased? All she had worked so hard to achieve would be lost. She felt compassionate, but not intelligent.

She then saw the Casablanca version of what would soon be Amal in Marrakech. “I didn’t feel big enough or powerful enough to do that. It was nowhere close to a reality I could manifest.” Little did she know, when you start with one woman, as she did in 2011, it would develop into something bigger, as happened in 2012 when the Amal Women’s Training Center and Moroccan Restaurant officially came to be. It is a non-profit organization in Marrakesh, Morocco, that helps disadvantaged women gain work experience by training them in the preparation of Moroccan and international food.

From the outside, it may look like Nora did all of this with ease. As you can see, she put everything she had into making Amal the success it is today. And yet still, there is a conflicting juxtaposition between the challenge and the outcome. “There is a big burnout rate when working in development. Despite all of this promise, a lot of people in positions of authority are not treating those as they should. It is a constant tug and pull. At times, everything is going great, and at other moments, everything comes crashing down.”

Women’s empowerment is more than just a capitalist definition of women getting paid for labor. Nora reflects on her time spent at Amal and notes that each woman has a different beginning of their story. Some come in with a lot of confidence while others come in with an obvious difficulty in even making eye contact because they don’t believe what they are saying holds value. Through all the trials and tribulations, Nora took her passion, an idea, no resources, and built a women’s cooperative where over 300 women have gone through the program, with many more to come.

French | Arabic (January 5, 2022 - Guercif, Morocco) The Al Khayr Women's Cooperative with the support of the High Atlas Foundation (HAF) held the Opening Ceremony for a new…