A Model to Implement Sustainable Development in Morocco 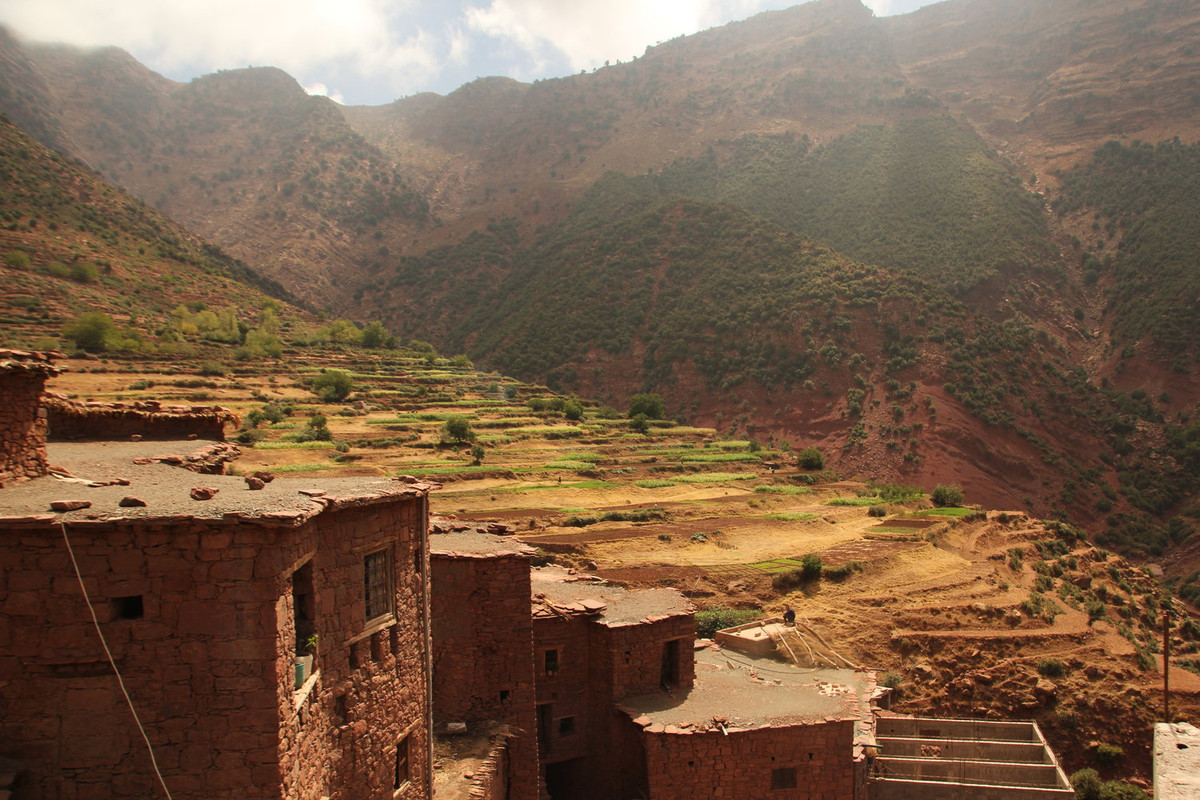 In terms of human development potential, Morocco is a nation of immense promise, where gifted fortunes of nature such as wide-ranging organic agricultural products come together with dynamic social development frameworks. This could launch the country into a haven for community-managed projects and change in Africa and the Near East.

In particular, Morocco’s Frameworks for Development provide a comprehensive blueprint for fostering sustainable development in the country. Among the many existing frameworks, there are three in particular that have set out to structurally guide local and national growth:

1. The Municipal Charter, amended in 2010, which requires the creation of multi-year community  development plans that are formed by public participation;

2. The National Initiative for Human Development, launched in 2005, which aims to provide access to sub-nationally managed funding for multidimensional development projects; and

Sadly, for the majority of people, the application of the country’s combined initiatives for development is not proving fruitful.  The problem is that Morocco’s programs for national growth and development through public participation are not being orchestrated together. Integrating these programs would enable their mutual reinforcement to promote accelerated growth and success of development initiatives. Thus, the implementation of these development frameworks requires a major reevaluation and overhaul.

How then can these three frameworks better fulfill their individual purposes, and, more importantly, how can they intersect with each other to foster human development that is sustained by local beneficiaries?

Under the Municipal Charter, locally elected representatives are required to ensure that their constituencies participate in the creation of community development plans and the selection of projects to be implemented in their villages and neighborhoods.  Further, people-driven projects, such as those instituted in the Municipal Charter, are necessary for sustainable development and the actualization of the other frameworks that compose the Moroccan model.

However, in Morocco there is a constant challenge: elected members to municipal councils are typically not trained in facilitating participatory methods.  The practice of employing procedures that encourage local people to discuss their development goals and create action plans for their projects’ implementation is an essential experience for elected officials in order for them to know how to actually fulfill their formal responsibilities and help advance sustainable growth.

Catalyzing widespread, inclusive development projects means first implementing experiential training programs for university students, school teachers, technicians, civil society members, elected officials, and local people to be active agents of participatory planning and development.  Sustainable development necessitates the dispersion of these facilitation skills to catalyze and help maintain local dialogue and to implement most needed projects.  The training process to enhance the personal capacities of individuals from different walks-of-life but who all interface with communities, enables them to help carry forward local development movements. Through training-by-doing, the aforementioned municipal development plans can then reflect the actual will of the people in regards to the projects and future they most want.

The National Initiative for Human Development

The second Framework, Morocco’s National Initiative for Human Development (NIHD), is a national fund for infrastructure projects, capacity-building, social and cultural revitalization, and job generating activities on the sub-national level. Its budget through 2023 was approved in September 2018 at the $1.9 billion level.

In theory, the NIHD should primarily help to actualize the development projects designed under the Municipal Charter. Indeed, the NIHD and the Municipal Charter can only be successful if they work in tandem. NIHD should help fund the participatory development plans embodied in the Charter, and finance the projects that local people expressed they most need and want to implement, which ensures their sustainability.  If this were the case, and if the NIHD’s budget were doubled through 2023, then Morocco would see the fulfillment of its development model and vision, instead of remaining ranked 123 among nations on the Human Development Index following an enormity of expenditure, intentions, and effort.

If the Municipal Charter does not result into projects properly defined over the course of community-wide meetings, which is unfortunately often the case due to inadequate participatory training and finance, then it can be expected that the NIHD will not have adequate local projects to fund and whose aggregate of results fall short of national goals–which is also happening.

Other practical NIHD reforms to increase its development impact should include the following: First, the provincial administrations of NIHD should accept development proposals all year round.  As of now, the shifting periods during the year they receive proposals mean that opportunities open and close and most local associations and cooperatives remain unaware.

Second, NIHD should be maximally flexible to fund the range of projects communities determine most important to them (whether in health, education, involving construction, etc.).  The NIHD’s criteria regarding project types they consider supporting also often changes, while rural community priorities have remained consistent.

Third, the NIHD should double the amount (to $60,000) of the funding ceiling for local projects; and reduce to 10 percent (currently at 30 percent, a prohibitive barrier) the requirement that recipients contribute toward the financial amount requested.  In-kind giving on the part of community applicants, such as labor and land, should be accepted by the NIHD instead of the financial contribution.

Finally, and critically, the NIHD should co-create project proposals among its staff with the prospective local beneficiaries.  The majority of rural people are illiterate and cannot draft the required documents, making it so that communities who could utilize NIHD most are not accessing it.  Credit Agricole in Morocco and USAID in northern Iraq are starting to gain experiences in co-creating project proposals with community representatives and beneficiaries, lessons from which might be helpful if NIHD adopted this approach.  Incorporating these measures and aligning NIHD and the Municipal Charter regarding participatory planning and development, could create a sharp rise in the implementation of new local development projects that are consistent with the necessities of sustainability.

Third, the “Roadmap” of Moroccan decentralization–taken from the public statements of the King of Morocco since 2008–aims to utilize ongoing national government engagement (devolution) along with sub-national partnerships (deconcentration), to help implement community projects (delegation).  In other words, the Moroccan pathway aims to rally national resources and partnerships for local development, which in principle is good for the sake of sustainability.

However, without the Municipal Charter and the NIHD working together, adequate decentralized arrangements of public administrations will not endure.  Overall, decentralization is not significantly taking hold in Morocco, which further adds to the suppression of new local development. The national government still generally decides the parameters, terms, cases, and situations for sub-regional actions.  However, there is reason to hope that there will be progress: the King of Morocco tasked the government to submit in October 2018 a draft Decentralization Charter, which would ideally bind national and regional government agencies to specific functions for the administration of human services.

There are concerns that the process of decentralization in pursing development may lead to destabilizing political outcomes. With regards to the Moroccan case, the emphasis on participatory approaches by local communities in creating these projects centers on their livelihoods and meeting their immediate human needs. During the course of 25 years of working in community development in Morocco, having directly or indirectly helped bring about local meetings and projects in all its 12 regions, I have observed no basis for concerns that stem beyond these developmental factors involving the unrealized plethora of socioeconomic and environmental opportunities of the people.  Communities are focused on their needs and projects to meet them, on creating and furthering their associations and cooperatives toward their goals, and to somehow address what can seem stifling difficulties for progress.  There certainly has been ample opportunity to redress the needless poverty, and there still is if only Moroccan leadership were to fulfill the model of decentralized participatory development to which it is committed.

Understandably, achieving decentralization, particularly in regards to the pace in which it is executed, is a delicate process. The local level is stratified socio-economically, environmentally and by gender just as it is on the national and global levels. Advancing decentralization quickly can be fraught with unhelpful consequences, such as further entrenchment of locally affluent and political classes. However, genuine implementation of the Municipal Charter in close conjunction with the NIHD could create the necessary participatory democratic conditions which would enable Morocco to eventually opt for an emerging form of communalization, or decentralized management of development planning and projects to the municipal level.

These three Moroccan Frameworks for Development contain what is needed in order for development to be catalyzed with enduring and sustainable results for marginalized areas and groups in the country. The Municipal Charter could provide the plans for projects that the NIHD may then help accomplish.  Decentralized procedures and managements systems are consequently built alongside the local communities’ project implementation, involving multi-sectoral partnerships dedicated to achieving goals that are defined at sub-national levels.

It is not the insufficiency of these frameworks that accounts for the hardships that afflict Moroccan people, especially in rural areas. Rather, it is their inadequate implementation, stemming from a considerable lack of their understanding among elected and ministerial officials and local leaders, and the skills that are needed in order to translate them into reality.  This is all that is needed for men and women of all ages to come together for community workshops, which, if followed through, can ultimately deliver the projects that they and their families have sought for far too long.

Dr. Yossef Ben-Meir, Ph.D., is a sociologist and the president of the High Atlas Foundation, a nonprofit organization dedicated to sustainable development in Morocco.