A Journey Through the Hidden Gems of Guatemala 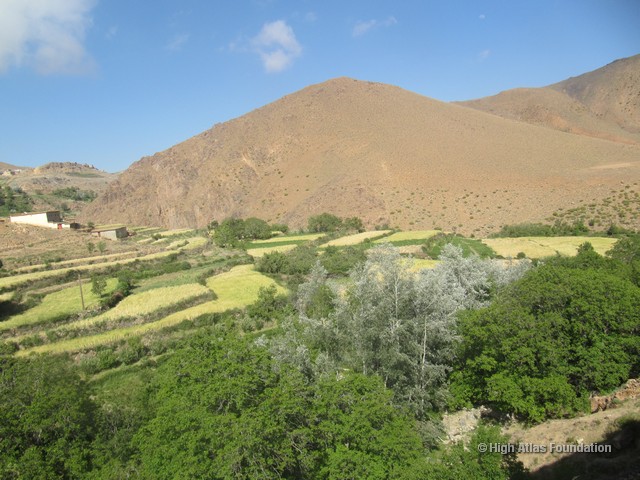 Have you ever heard the story of The Lion, the Witch, and the Wardrobe? The Journey follows four children in their quest through the magical land of Narnia where they face countless challenges and meet many fantastic creatures. The story begins when the children step into the closet and open a secret door that leads to this glorious world. They seem to be mysteriously transported from the wardrobe of a house in Britain, to a snowy land of magic and fantasy. This feeling of walking through the door and being transported to an entirely different world is one that is apparent in the ravines of Guatemala.

I recently attended a virtual tour of the ravines of Guatemala that was led by several excellent speakers from the Beyond Trees Network. The meeting was given in Spanish, but fortunately for me, I had an English translator present. Throughout the two-and-a-half hours of presentations, I was able to glimpse the beautiful, natural areas of Guatemala, learn about their functions and significance, learn a bit of history, and understand more deeply the intricacies of Guatemalan governance.

We began at street level. The camera panned around an ordinary looking urban street with cars, buildings, and homes. I was a little confused, thinking that we were supposed to be looking at trees and wildlife, but here we were in the middle of a street. The camera traveled down the street, turned a corner, and headed down the stairs, passing gorgeous paintings along the walls as it went. The camera approached an ordinary-looking door. It was nothing special and could have been the door to any coffee shop or store, but when it was opened, I was shocked. Behind the door was a lush forest that created a thick canopy over a dirt path that continued into the green. The camera journeyed forward, revealing rushing creeks, chirping birds and whistling insects. The trees were beautifully alive as the camera took us through the hidden jungle. Just like the characters in the story of Narnia, I was transported into a whole new world.

Guatemala is located in Central America and has a rich culture, a unique style, a plethora of biological resources, and a diverse population with roughly 24 different ethnic groups. Guatemala is famed for its ancient Mayan history and the pyramids as well as its expansive and biologically diverse jungles. Recently, Guatemala has been expanding. Urban sprawl has been encroaching on the forests as the population continues to grow exponentially. Large portions of natural land are being destroyed to make way for new business and residential areas, including the Guatemalan ravines.

Our tour guides took us to the city of Guatemala to learn more about these ravines, which cover around 42% of the city. The ravines are long and winding, sunken valleys and trenches that run sporadically through urban areas like rivers. They seem to hide in the walls of the city and are shielded by buildings and highways. In the past, these areas attracted rough crowds and were known as more dangerous spots in the city, but over the years, they have returned to being safer places that foster art and education. Areas throughout the ravines have outdoor theaters and sculptures where tourists and residents can get a look at the forests of Guatemala and its rich art and culture without ever leaving the city.

Unfortunately, these ravines face several issues. First and foremost, they are constant dumping grounds for pollutants. Being a low-lying area in the heart of a city, a ravine will naturally incur pollutants off of busy highways and waste from residential and commercial buildings. Communities mount courageous cleanup efforts to maintain the cleanliness of the areas, but there is a lot of ground to cover and the Guatemalan government is not always the most helpful entity for these areas. The ravines are also hit with urban sprawl, erosion, loss of water, and reduction of soil fertility.

The future, however, is bright for these areas. The ravines are now officially protected and new projects for revitalizing the areas with art and architecture are in the planning stages. The presenters showed us a virtual projection of what a future ravine may look like. The simulation showed large areas with sculptures and murals, open theaters, elevated walkways above the treetops, and much more. The plans were beautiful but are likely very expensive. In addition, there are promising developments with the i-Tree Eco Project that is also coming soon to help people get connected online with natural projects.

I’d like to send a big thank you to the presenters, Lucrecia Masaya, Jeanne Samayao, Marvin Silvestre, Gerardo Quiñonez, José Manuel Aliva, and Silvia Roy. The experience of diving into the ravines of Guatemala was one I won’t soon forget. I hope that these ravines will continue to provide natural beauty and utility for years to come so that one day I may visit them in person.

Noah Ginsburg is a student at the University of Virginia and an Intern at the High Atlas Foundation.

- The Significance of the New Signage at the Ouarzazate Tree Nursery in Morocco, The Policy Times. By Yossef Ben-Meir Marrakech Twenty-seven years ago, I lived in a…