[Jingxin Wang is a college student from China who attends school in Philadelphia, Pennsylvania, in the United States. She is currently on a “gap year,” volunteering with HAF.]

The trip to Nzalat Laadam was just like any other. If it weren’t for the ever-so-imposing red in the background, we could easily be driving to the grocery store in downtown Philadelphia, not on a volunteering mission through the High Atlas Mountain. The laughter in the car, the comfortable silence, the occasional friendly quarrels about what route to take… all of it screamed “familiar.” Well, except for the thumping heart in my chest – this was my first-ever field trip with High Atlas Foundation, and I had no idea what to expect.

We were going to conduct a workshop on sustainable development and our destination was an “integrated pedagogic complex,” a cumbersome phrase in French meaning the school covered everything from kindergarten to high school. As one stepped in, what seized one’s eyes immediately was the complex builders’ generosity with colors – the light red façade, the lilac inner walls, the cyan columns… It took some getting used to when one was accustomed to the imperial red of Marrakech.

“Look,” Léo, my fellow volunteer from France, said as he tapped me on my shoulder while I was still admiring the building’s architectural merits, “they put our names on the poster, too.” I looked at where he was pointing and saw that even Léo’s middle name was printed there. This turned out to be only the prelude to their unrelenting hospitality. The school principals as well as many senior teachers were all there to greet us, shaking our hands and muttering welcome in three languages. Then there was tea, another round of handshaking, and a photo shoot – the first of many.

The French teacher introduced us to an always-smiling middle-aged man with full beard. The whole time we were there he never took a rest, always carrying chairs and equipment around and making sure no one was neglected. The teacher told us this man poured his heart and soul into the school, that he had laid its every stone. Quite literally, for even the traffic sign was hand-made by him.

The sustainability workshop was conducted in the open air. Students of all ages – about 80 of them – attended, and everybody was standing. Our project manager, Imane, won the crowd immediately with her characteristic charm, as per usual. She used every chance to engage with the students, playing games and asking questions, and she kept walking around to make sure that she was addressing everybody. Having just entered the wonderful age of adolescence, some girls were clearly struggling with their newly-developed self-consciousness and got intimidated by the crowd. But every time they spoke, Imane would ask for their names, and dedicated to them a round of applause when they finished. Soon enough, everybody was participating. As the discussion was in Arabic, I didn’t understand much of it. But the laughter, the enthusiasm and the warmth transcended all linguistic barriers. It was a language understood by all. 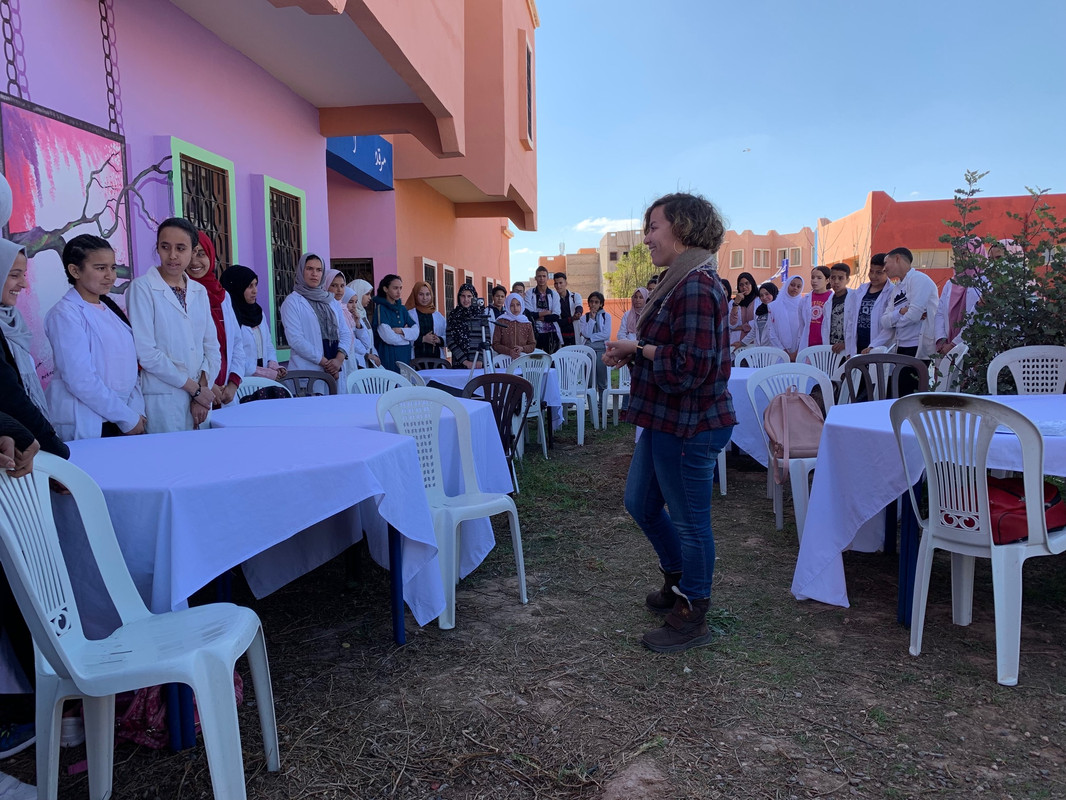 After the discussion, we started to plant trees. The holes were already dug out and were carefully aligned at even intervals. I was in charge of 10-15 girls, who, after a quick exchange in Arabic, promptly decided to name the tree Jingxin. Sure, as kids, we seldom dream about having a tree named after us 10,000 miles from home, but the moment when the girls pointed to the fragile sapling and shouted my name (not the correct pronunciation, but who cares?) felt more like a dream-come-true than any other. Later, a girl showed me a collection of her artworks. They were all abstract splash-inks, and they came in the wildest combination of colors. You never know underneath the monotonous red of the High Atlas mountain there lies the surging black, the blossoming orange, the pouring blue and the burning yellow, all of it stirring and igniting a young girl’s heart. 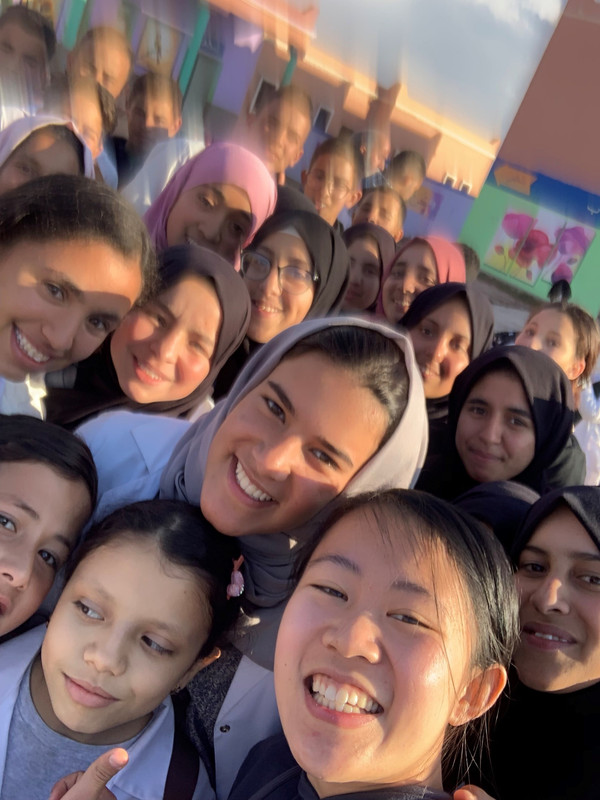 At Nzalat Laadam, I was impressed by many things: the astonishing organizational efficiency, the compassion and mutual respect, the dedication to service, and of course, the splendid colors of the High Atlas Mountain. Trust me, there’s more to it than meets the eye. 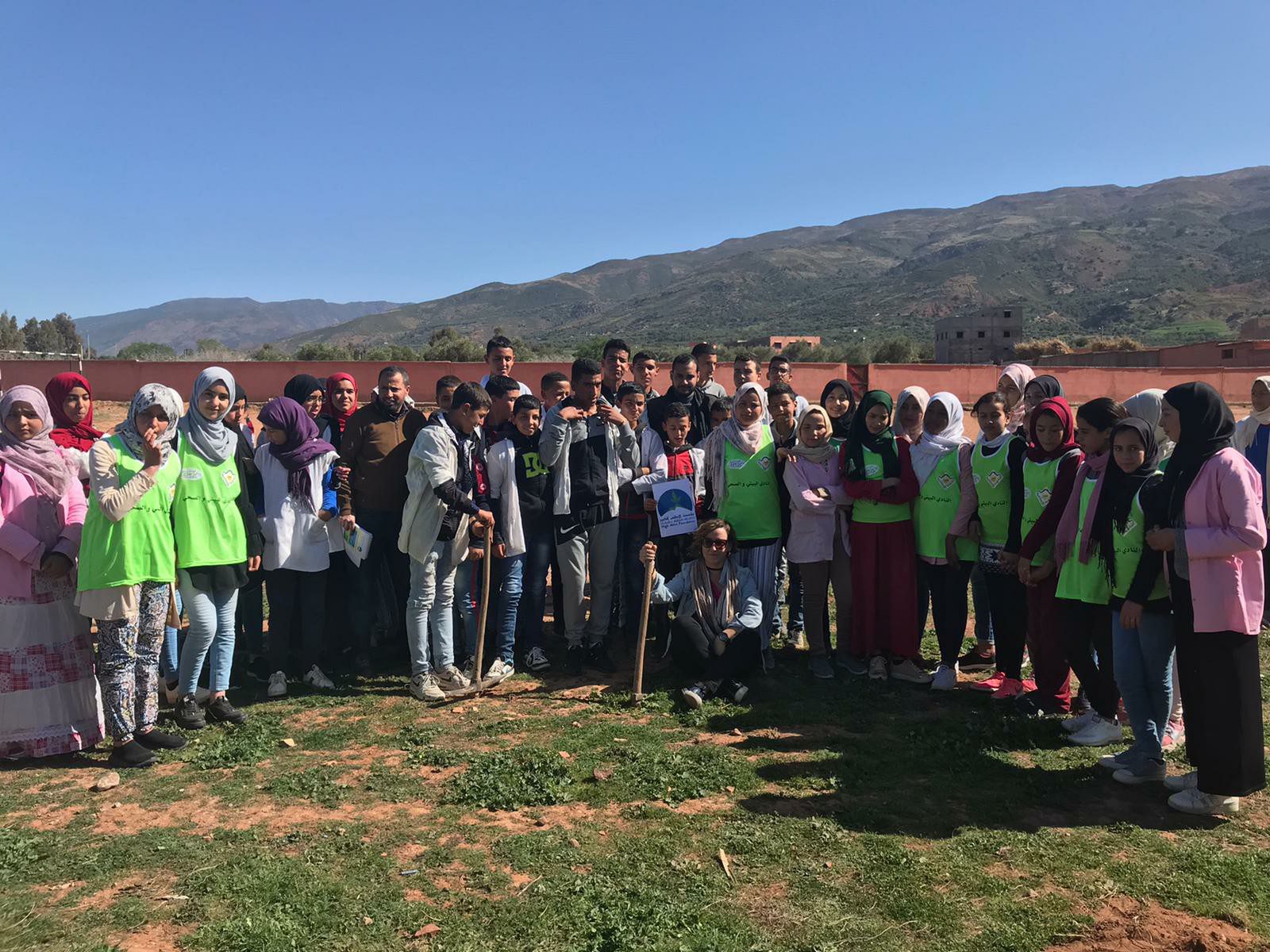 HAF Intern On the morning of the February 17, 2020, I’m going to pass the day with Imane, Karam, Nic and Yossef: international HAF convoy. In the car,… 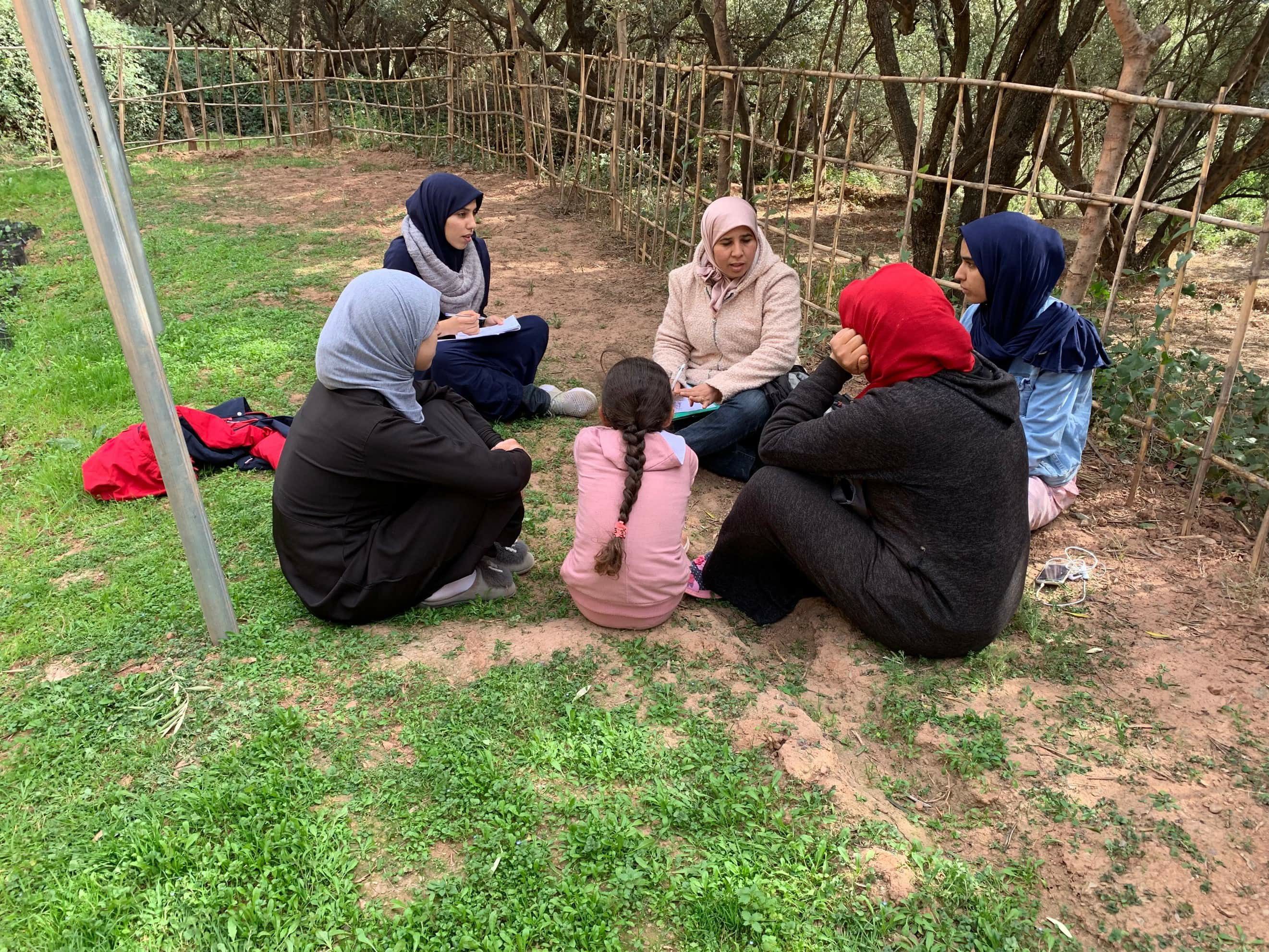 HAF Volunteer The rocky terrains of the High Atlas Mountains are hard to navigate even for the most seasoned motorists, but our driver Hassan, a native Amazigh, knows…